Medvedev sent packing in fourth round of Indian Wells 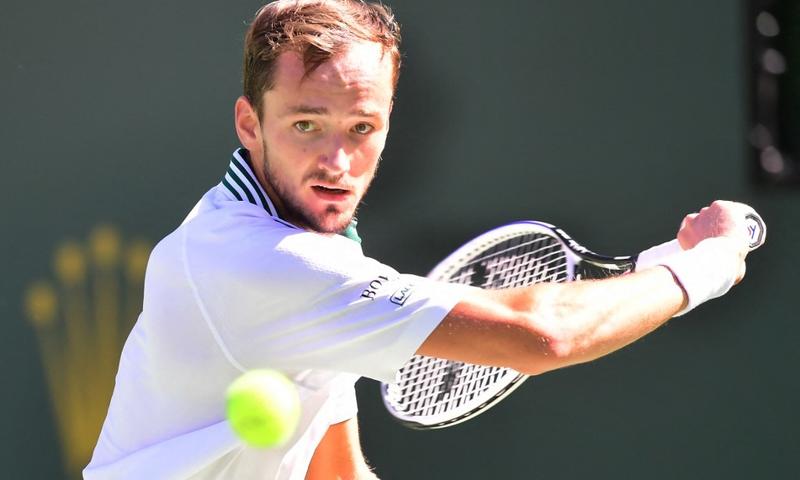 Daniil Medvedev of Russia eyes a backhand return to Grigor Dimitrov of Bulgaria in their Round of 16 match at the Indian Wells tennis tournament on Oct 13, 2021 in Indian Wells, California. (FREDERIC J BROWN / AFP)

Daniil Medvedev was knocked out in the fourth round of Indian Wells by Bulgarian Grigor Dimitrov on Wednesday as the world number two's near-flawless start turned nightmarish in a 4-6 6-4 6-3 defeat.

Medvedev broke Dimitrov’s serve to open the match, easing through a near-perfect first set in which he won all but four of his first-serve points and fired off three aces with just five unforced errors.

The Russian, who won his maiden major title at the US Open last month, was up two breaks in the second set and seemingly on track for an easy victory.

But Dimitrov came roaring back, winning five games in a row to wrest control of the momentum as Medvedev unravelled, converting on break point to close out the second set, before winning another three games in a row to open the third.

"Little by little I was just trying to stay in the game, stay in the moment, and really fight through every opportunity I had. I really had to go for it," Dimitrov said after the match.

Down 15-40 and 4-1, Medvedev's frustrations boiled over as he missed a first serve and angrily flung his racquet to the ground. He then double faulted, handing Dimitrov the break.

ALSO READ: US Open champion Medvedev adjusting to the limelight 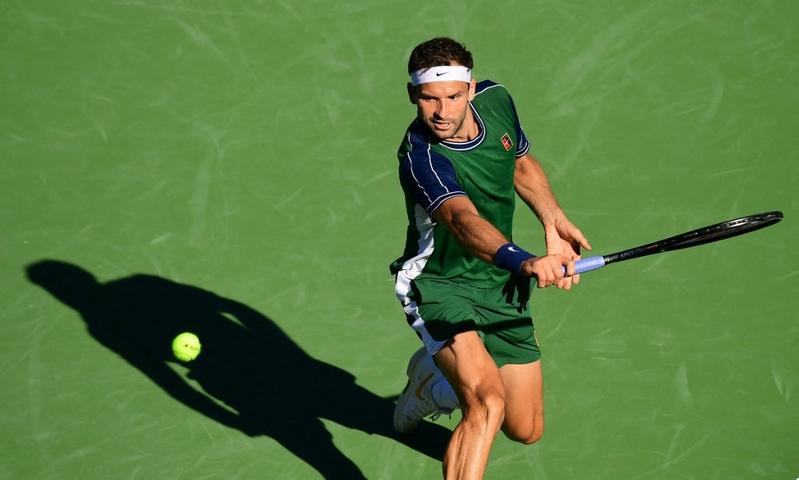 Grigor Dimitrov of Bulgaria hits a backhand reply to Daniil Medvedev of Russia in their Round of 16 match at the Indian Wells tennis tournament on Oct 13, 2021 in Indian Wells, California. (FREDERIC J BROWN / AFP)

Medvedev broke back and then held serve, but it was too late, as the world number 28 completed the stunning comeback in the following game, before thrusting his arms aloft in triumph.

"I really wanted to play this match to be completely honest. I think what he has been able to accomplish this past, like, year and a half is pretty amazing. I think it really pushes me also to do better," Dimitrov told reporters.

Medvedev, who picked up his fourth Masters 1000 title earlier this year in Toronto, told reporters he struggled to control the ball, particularly on the first serve and said he was growing tired just as Dimitrov "flipped the switch."

"I don't remember myself losing three service games, even four service games ever, I guess, on hard courts," he said.

"That shows how slow this court is and the conditions, more like clay, I would say, which I don't like, because to lose four times the serve is just unacceptable."

Dimitrov has now recorded two wins against Medvedev and next faces eighth seed Hubert Hurkacz in the quarter-final round.