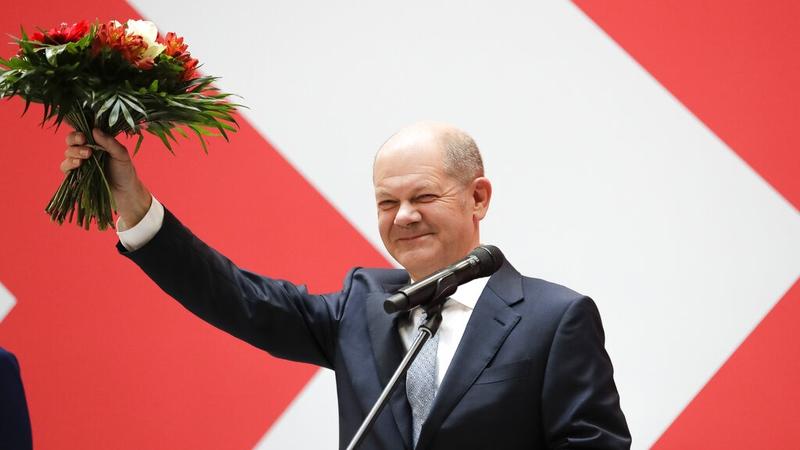 Olaf Scholz, top candidate for chancellor of the Social Democratic Party (SPD), holds a bunch of flowers after a press statement at the party's headquarter in Berlin, Germany, Sept 27, 2021. (LISA LEUNTER / AP)

WASHINGTON - Germany will most likely have a new government before Christmas, the Social Democrats' candidate for chancellor, Olaf Scholz, said on Wednesday.

The atmosphere in the exploratory talks so far has been very constructive, Scholz, who is also German finance minister in the outgoing coalition, told reporters in Washington. He said he was confident that the project could succeed "and that we will have a new government before Christmas".

Scholz, who is in Washington for the IMF meeting, hopes to form a new coalition government with the Greens and the liberal Free Democrats.