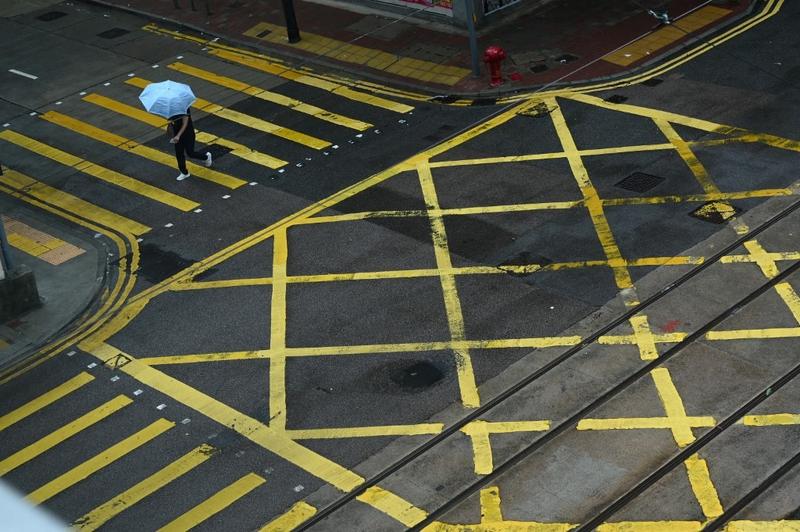 A pedestrian crosses an empty street in the Central business district on on Oct 13, 2021. (PETER PARKS / AFP)

In a statement on Wednesday afternoon, the Center for Health Protection said the new cases involved two women from Indonesia and the Philippines and a man from Pakistan. The city’s tally stood at 12, 275.

“Two cases involved mutant strains while the mutation test result of the remaining case is pending,” the statement reads.

As of 8 pm on Oct 10, around 8.82 million doses of COVID-19 vaccines had been administered in the territory, the Department of Health said

The CHP said the male patient from Pakistan is a close contact of a previous imported case and he tested positive for the virus at the Penny's Bay Quarantine Centre.

The women, who were fully vaccinated, tested positive on the third day and ninth day of quarantine at Penny's Bay. The three patients did not have any COVID-19 symptoms.

A total of 63 cases were reported from Sept 29 to Oct 12, including one local case of unknown origin  while the rest were imported, the CHP said.

Meanwhile, the Hospital Authority said a total of 62 confirmed patients were being treated as of Wednesday in nine public hospitals and the North Lantau Hospital Hong Kong Infection Control Centre. All of the patients were in stable condition.

As of 8 pm on Oct 10, around 8.82 million COVID-19 vaccines had been administered in the territory, the Department of Health said.

Around 4.54 million people received at least one dose of vaccine, accounting for 67.3 percent of the population aged 12 or above. The DH received 6,185 reports of adverse events.

Among the death cases concerning persons who had been vaccinated, including 46 cases with vaccination within 14 days before they passed away, none was associated with vaccination, the DH added.