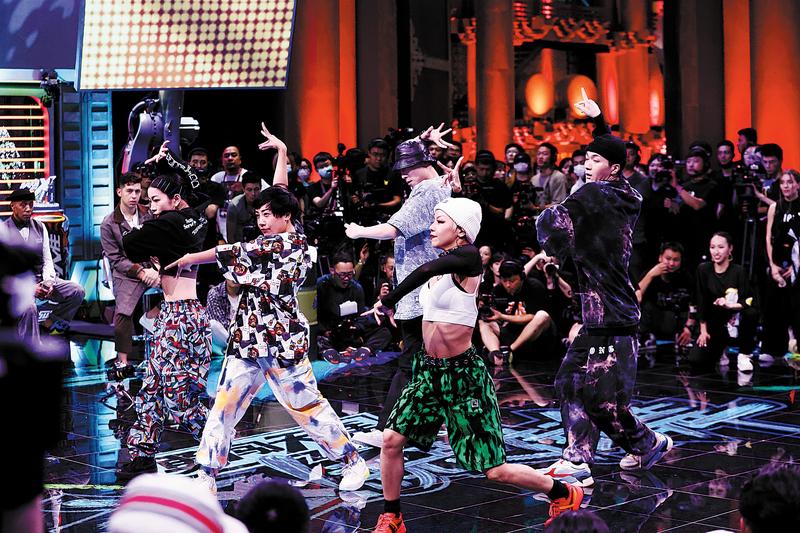 Chinese and international dancers perform in groups during the current season of Street Dance of China. (PHOTO PROVIDED TO CHINA DAILY)

Street dancers are on the front line of entertainment, inspiring the next generation of performers with their youthful vigor, hard work ethic, infectious enthusiasm and finely honed skills. But due to COVID-19 and the social distancing requirement, there have been fewer stages upon which they can demonstrate those skills.

So, when a tangible, physical stage for their talent is made available, it is easy to imagine their sense of relief.

Season 4 of Street Dance of China, a variety show produced by Youkuan online streaming media platform－premiered in August. Following the premiere, a new episode of the 12-part reality show has been released every week.

Overcoming the combined difficulties of long journeys and lonely quarantines during the pandemic, around 100 top-tier street dancers from home and abroad have gathered to perform. For Lu Wei, director of the show, it's a longtime dream come true.

"Many of the dancers taking part in the show have even become judges or organizers of major competitions," Lu says.

"They haven't 'battled against' each other for a long time. So, it's an added incentive to see if they still have what it takes competitively." 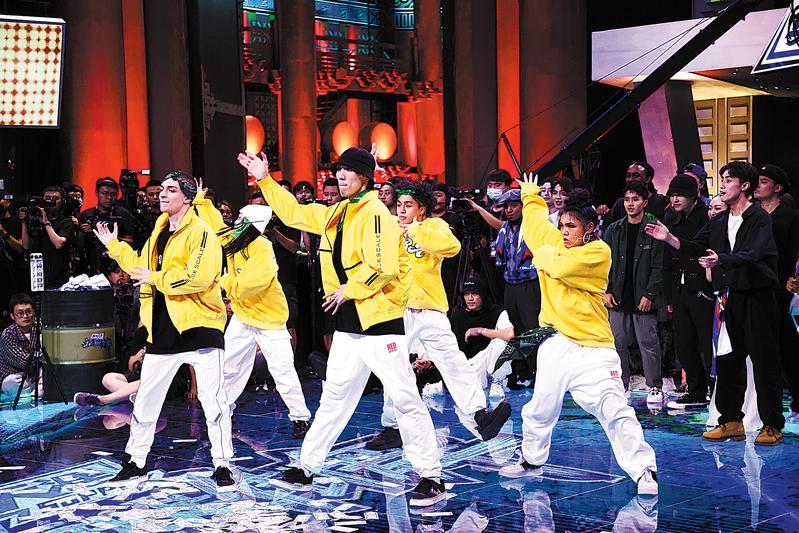 Chinese and international dancers perform in groups during the current season of Street Dance of China. (PHOTO PROVIDED TO CHINA DAILY)

Up to the challenge

The idea of turning Street Dance of China into an international affair occurred to Lu during the previous season of the show, but the busy schedule of the dancers made the plan difficult to organize.

However, after the pandemic came, many major world-class street dance events were called off. For example, Juste Debout, an annual French competition, which is generally considered to be the world's foremost arena for street dance, was canceled in 2020 and 2021.

Consequently, in the absence of such events, Street Dance of China rose to prominence, becoming a worldwide attraction and ushering famous dancers from afar. All of the overseas dancers have stayed in China throughout the recording of the show.

" (Because of COVID-19), the street culture stopped in Europe," Rochka tells China Daily. "We had to close dance schools. We could not compete. It was pretty hard to live with that for a year and a half."

"So, when I came (to Street Dance of China), that was freedom for me. I could finally do what I love and meet people who also do what I love," he says. "I finally had a chance to perform onstage with other dancers from all over the planet.

"It's a unique situation, and it's only happening in China." 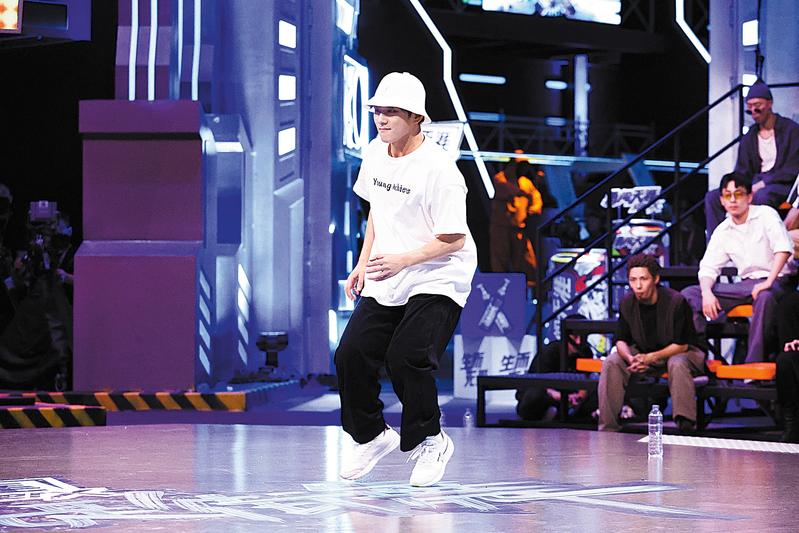 Vietnamese dancer Nguyen Vu Minh Tuan, better known by his stage name MT-POP, is a specialist in "popping", a technique that originated in California and requires precise muscle control. He has established his popularity in the past few years in the international arena, but new challenges on the show still encourage him to keep an inclusive and creative mind.

"For me, after this, I think my dance will open more (to various styles)," he says. "Street dance culture and styles of other dances, like jazz or contemporary, can collaborate and create something different and beautiful.

"It's not about winning and losing," he adds. Joining the competition, to him, is also a way to bolster his psychological strength, as his parents were diagnosed with COVID-19 while he was recording the show in Shanghai.

Participating in the competition, MT-POP says, gave him the courage to get through the tough time and keep going, and he also vowed to spare no effort for his supporters back in his home country.

On Douban, a popular film and TV review platform, this latest season has, so far, achieved a rating of 8.7 points out of total 10, making it one of the most acclaimed dance-centric Chinese variety shows.

With a diverse cast, the show has found popularity far beyond China. This current season of the show is available worldwide on YouTube, with subtitles in 11 other languages, including English, Arabic, Japanese and Korean. Relevant hashtags soon made their way into the trending topics lists on Twitter in countries including Thailand and the Philippines following its release. By Oct 8, this season had attracted over 44.67 million online views worldwide. 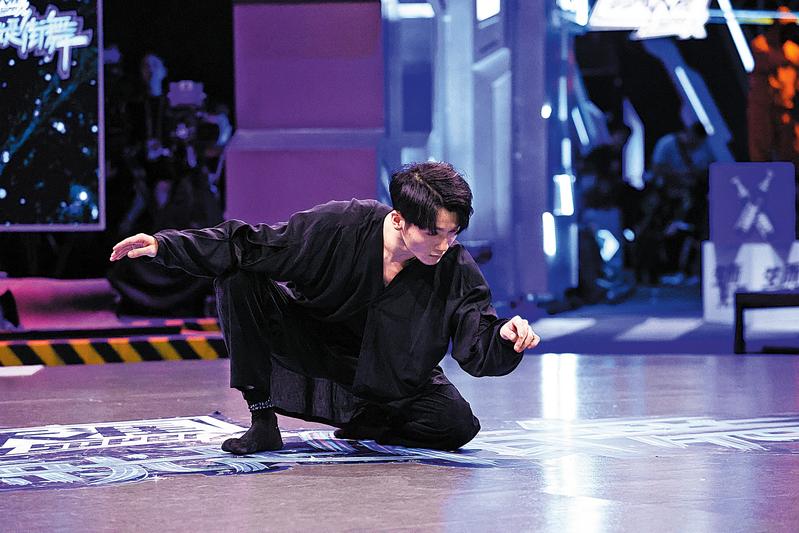 Thanks to such cross-cultural communication, more depth and meaning has been given to the variety show.

The director Lu has designed a format to encourage communication among the dancers. In the program, alongside the regular individual battles, contestants with varied cultural backgrounds have to perform group dances－something rarely seen in other international street dance competitions, which tend to emphasize the expression of personal styles.

"They've danced for years," Lu says. "Many of them have never danced in a group, so it's a new challenge. But they are willing to accept this challenge because group performance can display the beauty of street dance."

Perhaps the biggest challenge for the participants is the requirement to team up to create performances that incorporate elements of traditional Chinese culture. It is an opportunity, Lu observes, that the dancers have embraced in order to develop a deeper understanding of Chinese aesthetics.

"When I think about Chinese culture, the first thing that springs to mind are the folk dances, with beautiful clothes," Rochka says. "On the show I have had a chance to see so many performances.

"Street Dance of China has changed my perspective, and I definitely see dance in a different way," he says.

"I'll mix different cultures. I can be inspired by everything, from the clothing to the food."

When it comes to mixing street dance with traditional Chinese elements, contestant Ma Xiaolong is frequently mentioned by other dancers.

The 32-year-old dancer and choreographer introduces Go－the traditional Chinese board game－into his performance. 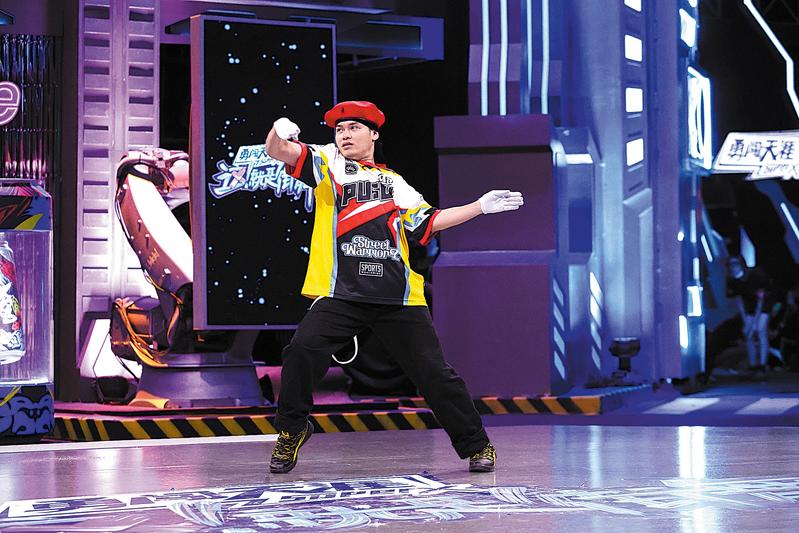 He also cooperated with a Japanese dancer to present a performance featuring guqin, an ancient Chinese stringed musical instrument.

Ma believes that introducing Chinese elements into street dance should be more than just adding traditional costumes or music into the performance. Using techniques of old-school street dance, he believes dancers can still express the flavor of traditional Chinese style through movement.

"The general view of street dance is that it has a strong rhythm, like popping or break dancing," Ma says. "But it's not necessarily so. It can also be slow, smooth and expressive, like our aesthetics in the East."

That said, Ma's confidence when introducing Chinese elements did waver slightly at the very beginning, because some dancers wanted to keep a more original style.

"Street dance comes from the West, but dancers from every country can mix it with their own understanding," he explains. "This is an occasion for us to show how proud we are of our culture."

Dance can overcome barriers of language and culture to quickly build up emotional connections and friendship.

"A shy person can turn into someone very passionate in Latin dance, for example, like becoming someone completely different in performance," Ma says. "However, street dance is a reflection of your true self.

"In the show, not everyone is good at English (when communicating with one another)," he adds. "But once the music starts and you begin to dance, people will soon know who you really are and tune in your vibe." 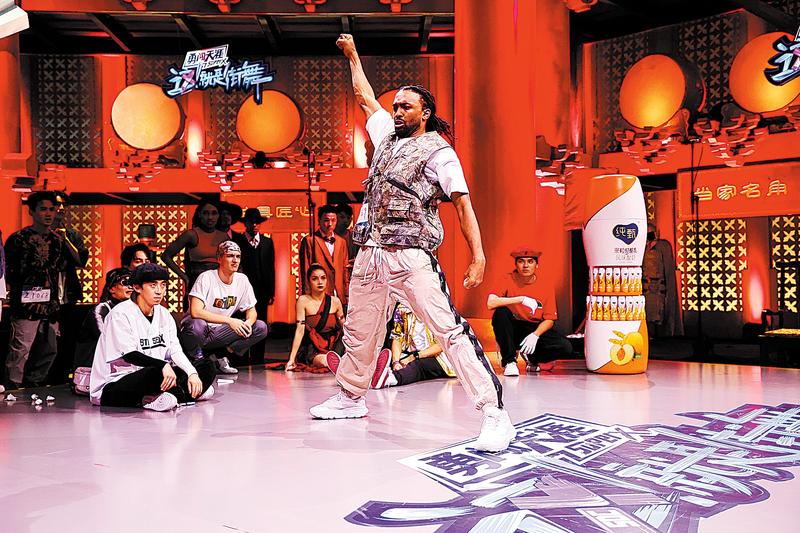 French dancer Rochka Noel, simply known as Rochka, is one of the contestants on the program. (PHOTO PROVIDED TO CHINA DAILY)

Street dance has never been so popular and is making its presence felt on the global stage. Break dancing, or breaking, a genre of street dance, is part of the recent 14th National Games in Xi'an, Shaanxi province, and will also be included in the upcoming Paris Olympic Games in 2024.

It's huge progress for street dance, and "I totally agree with it", Rochka says with a laugh, speaking of the Olympics that will take place in his home country.

"Unfortunately, I cannot enter the competition because I'm not a good break dancer."

Yang Kai, the champion of the third season of Street Dance of China, has become the head coach of the Sichuan province break dancing team.

"Our ultimate goal is to be at the Olympics representing China," he states.

Still, no matter which genre the dancers specialize in, Street Dance of China is providing them with a warmup.

Lu reveals that an all-star international team will be formed by the end of this season and an ambitious worldwide performance tour under the Street Dance of China banner is also to be launched.

"They'll go back to their own countries like cultural ambassadors and organize competitions to choose talented dancers," Lu says. "When they come back for the fifth season, a global final will be staged."

As China now has capacity to host such a competition, the director adds, "we'll shoulder the responsibility, to avoid the world's street dance culture from being interrupted by the pandemic".

Thanks to the show, Chinese street dance culture has witnessed a boom in the past few years. According to statistics offered by Youku, in 2019, street dance training programs in China increased by 178 percent compared with the previous year, when the first season of Street Dance of China was released.

By the end of 2020, there were over 5,000 street dance studios in China, and it is estimated that there are more than 300,000 professional dancers nationwide.

"Online platforms have their advantages to make lesser-known cultures widely accepted by the public within a short period of time," Lu says. "When people watch street dance and love it, they'll naturally join this circle, and its influence will expand."

Han Yu, champion of the first season of Street Dance of China, is now a dance trainer. After a two-year hiatus, he has come back for the fourth season of the show.

"Street dancers have more chance for media exposure," he tells China Daily. "After the show, it's like we entered a new phase of development. People's general understanding of street dance has been greatly improving. There are not only teenagers among my students. Some people are in their 40s or 50s. I'd say the development of the past three years may equal that of the previous decade."

It may be more glamorous than ever, but it still takes hard work to be successful.

"We now have a very good environment," Ma says, echoing the sentiment. "But dancing is not about becoming a celebrity.

"For newcomers, fame can be easily gained, but pain and sacrifice have to be endured. That's why those street dancers who have become well-known (via this show) still focus on their dancing career－to set good role models for kids to follow."