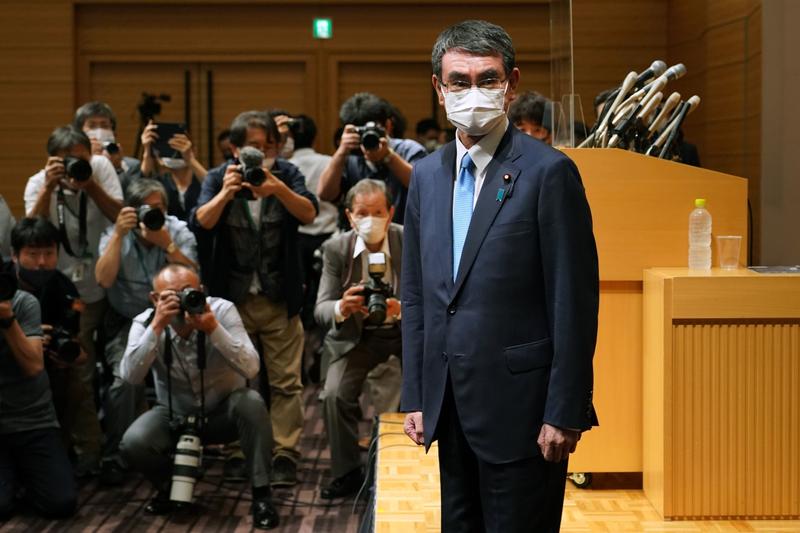 Japan’s Liberal Democratic Party has kept a lock on power for most of the past 66 years in part because its seen as safe and predictable. Now, as the party careens through its most tumultuous leadership fight in decades, a new generation of lawmakers sees virtue in the turmoil.

“Chaos is good,” said LDP lawmaker Masaaki Taira, a 54-year-old representative from Tokyo with a model of a Gundam robot in his office. “A chaotic leadership election means the new administration won’t carry on with the previous government’s policies, and must put together its own package. It means progress.”

The LDP is searching for its second prime minister in little over a year after Yoshihide Suga, 72, abruptly announced earlier this month that he wouldn’t stay on as party president amid opposition to his pandemic policy. That’s prompted unusually public calls for change from within as the conservative party girds for a general election that must be held by November.

The Liberal Democratic Party is searching for its second prime minister in little over a year after Yoshihide Suga, 72, abruptly announced earlier this month that he wouldn’t stay on as party president amid opposition to his pandemic policy. That’s prompted unusually public calls for change from within as the conservative party girds for a general election that must be held by November

The push is being led by a cohort of relatively young lawmakers, who would likely be among the first to fall if the LDP loses seats. They’re hoping that a vigorous debate before the party picks a leader Sept. 29 will bring in fresh blood and new policies -- and hold off any resurgence by the opposition, which currently gets single-digit support in most opinion polls.

Such sentiment may explain strong support for vaccine czar Taro Kono, 58, who has jumped to the top in public polls as the choice for prime minister. Kono has made a name for himself in recent years by taking on antiquated bureaucratic systems, dashing off pithy comments on social media and halting a pricey missile-defense system -- ruffling a few feathers along the way.

He’s facing former Foreign Minister Fumio Kishida, 64, who has also pledged a break from Suga policy and called for trillions of yen of stimulus. A third candidate, Sanae Takaichi -- a 60-year-old former internal affairs minister, who’s aiming to be the country’s first female premier -- has promised to prioritize Japan’s 2 percent inflation target over balancing the budget.

The markets have welcomed the course correction, since the LDP is known for business-friendly policies. The Nikkei 225 Stock Average reached a level Tuesday not seen since the nation’s bubble economy more than three decades ago. JPMorgan Chase & Co strategists led by Marko Kolanovic said in a note to clients that Suga’s resignation would stabilize the party and support better equity returns.

Some lawmakers are also grateful for a race that appears more open than the last one 12 months ago, when then-Prime Minister Shinzo Abe stepped down after a record-breaking eight years on the job. The powerful faction bosses who control the ruling party, such as Finance Minister Taro Aso, quickly lined up behind Abe’s top aide, Suga.

“There’s no way we’ll be able to gain the approval of the people, if we choose the next prime minister on the basis of the faction bosses’ say-so,” said Takashi Yamashita, an LDP lawmaker and former justice minister. Without an open debate and free vote, “we won’t be able to overcome the coronavirus crisis,” Yamashita added.

Unlike last year, the LDP is set to hold a broader election. Sitting lawmakers and rank-and-file party members will each get 383 votes. The battle has split factions internally and no candidate has the top job sewn up -- a situation not seen at this point in the race since the selection of the maverick Junichiro Koizumi as leader 20 years ago.

The party, which has ruled Japan for about 62 years since its founding almost 66 years ago, must also prepare for an upper house vote in July 2022. Almost half of the LDP’s 276 lower house members were elected in 2012 or later, and have never faced a campaign without Abe.

Generational change is key for lawmakers like Taira, a former vice economy, trade and industry minister who supports Kono. Aso and LDP Secretary General Toshihiro Nikai -- both men in their 80s -- have served record terms in two plum positions, preventing others from moving into those positions.

All three contenders are party veterans and have their own networks of support within the LDP’s faction system. Kono is a member of Aso’s faction, while Takaichi is reported to have the backing of Abe. Kishida is the boss of his own group.

Kono can’t alienate too many people in the LDP if he wants to win the vote held among its lawmakers and members. He toned down some of his more outspoken ideas when he announced his candidacy Friday, partially backtracking on his opposition to nuclear power.

For Tatsuo Fukuda, the priority is picking a leader who can communicate and build trust. The 54-year-old lawmaker doesn’t want to live through another so-called twisted parliament -- in which the ruling party doesn’t control the upper house -- like the one he experienced as secretary to his father, former premier Yasuo Fukuda.

“There are no right answers in a pandemic,” he said. “In this situation you need someone who can get people to follow them anyway.”