Province shows its many attractions to a worldwide audience, Cang Wei reports in Yangzhou.

With a long history, profound culture and picturesque views, East China's Jiangsu province attracts millions of tourists every year. To better introduce its attractions, the province has set up a boutique program exhibition for foreign cultural exchange.

In 2020, the department of culture and tourism cooperated with many other bodies, such as art groups and museums, to carefully choose the works that could represent the province and later establish the online exhibition.

Yang Zhichun, Party secretary and director of the Department of Culture and Tourism of Jiangsu Province, says that Jiangsu's landscape, food, culture and way of life appeal to visitors from around the world.

"Jiangsu is located near water and has flourished as a result," he says. "The water infuses the province with a poetic atmosphere and a unique beauty."

"You may linger on the winding paths of the classical gardens to feel in tune with nature, stroll around the quiet ancient water towns to enjoy the leisurely life of local people, or wander around the ruins and museums scattered across the province to have a glimpse of history.

"Of course, you can also enjoy a cup of tea while appreciating Kunqu Opera and the music played on Chinese zithers, as well as the melodious singing of Pingtan (storytelling and ballad singing). The beauty of Jiangsu is waiting for you to explore and experience." 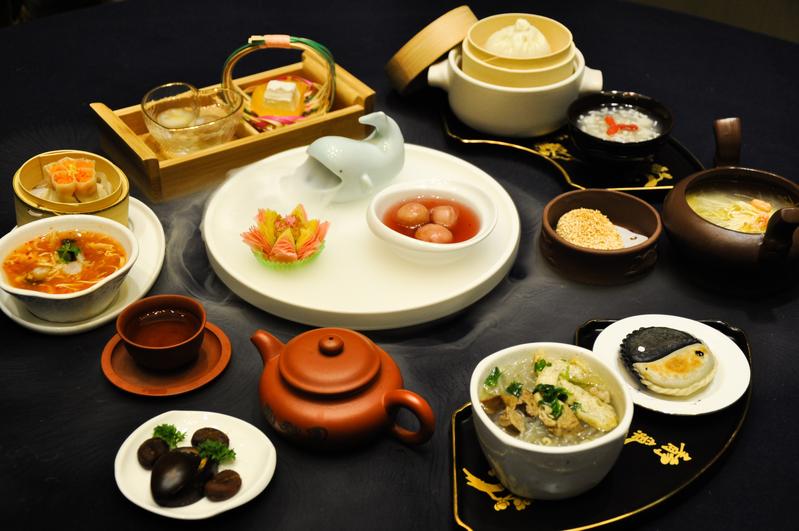 An online exhibition, Lingering Charm of Waters in Jiangsu, showcases Jiangsu's landscape, food, culture and a way of life that appeals to visitors from around the world. (PHOTO PROVIDED TO CHINA DAILY)

Among the first batch of 62 works chosen for the exhibition, 14 had been admitted by the Ministry of Culture and Tourism to its 2021 Spring Festival online exhibition.

A 3D acrobatic fantasy drama, Golden Cudgel, which was performed by the Nanjing Performing Arts Group, was among the most liked of all the shows. It introduced to foreign countries the Monkey King, a character known to almost every Chinese child together with the novel Journey to the West, in which the monkey Sun Wukong plays a central role.

The works collected by the exhibition will be improved this year for better understanding and promotion, according to the provincial department. More modern techniques will be adopted to improve the sound and light effects for the popular shows. Subtitles and introductions in eight languages, including French, Spanish and Arabic, will also be provided. 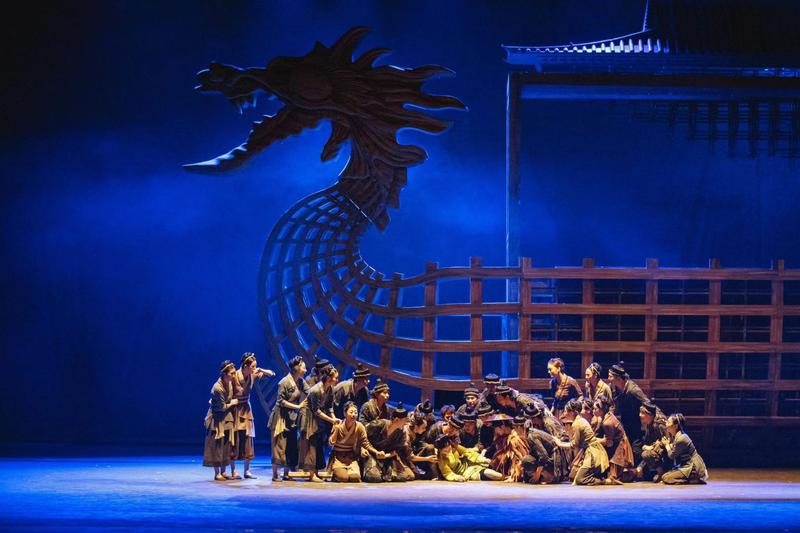 An online exhibition, Lingering Charm of Waters in Jiangsu, showcases Jiangsu's landscape, food, culture and a way of life that appeals to visitors from around the world. (PHOTO PROVIDED TO CHINA DAILY)

A group of symphony concerts, musical shows and fashion shows have been included in the second batch of works chosen for the online exhibition.

Six shows from the exhibition have been aired in some Latin American countries.

The acrobatic show, Small Bridge, Flowing Water and Family, or Puente Rio y Familia in Spanish, was shown online by the Julio Mario Santo Domingo Theater in Colombia in early July and attracted nearly 2.2 million visitors domestically and from other countries, according to the Chinese embassy in Colombia.

Angelica Mayolo, Colombia's culture minister, thanked the Chinese artists for bringing a touching show to local audiences, and expressed hope that the two countries would continue to strengthen cultural exchanges and deepen understanding, friendship and cooperation, the embassy says.

According to the Jiangsu cultural and tourism department, it will continue to improve the exhibition, add more translations and cooperate with more Chinese embassies, sister cities and foreign tourism organizations along the Belt and Road to promote the exhibition.