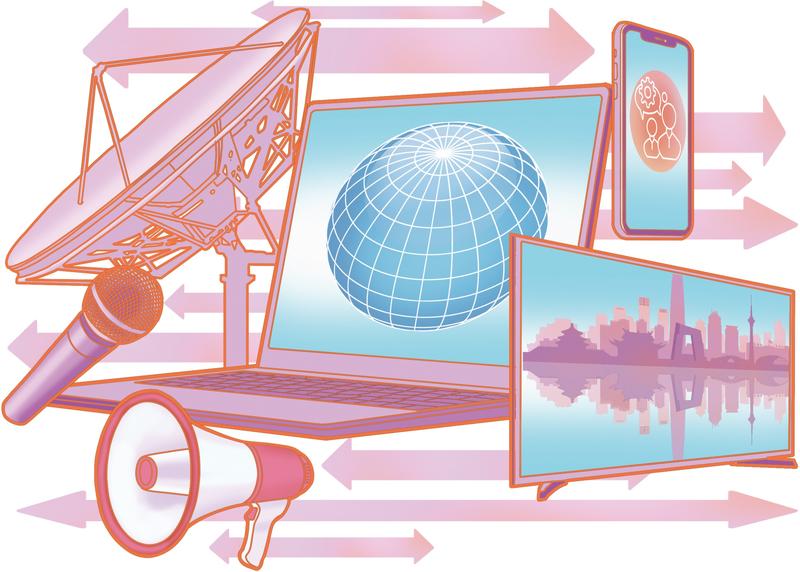 On May 31, Xi Jinping, general secretary of the Communist Party of China Central Committee, emphasized the importance of bolstering the country's capacity to engage in global communication, so as to present a true, multi-dimensional and panoramic image of China to the international community. Xi's speech, delivered at a group study session of the Political Bureau of the CPC Central Committee in the context of the global power shift and new technology reshaping the global communication order, will serve as a guideline for boosting China's international communication capacity.

The world is undergoing unprecedented changes, and global political and economic power is shifting from the West to the East. But China's international communication capacity, national image, national discourse and other soft power indicators are not commensurate with its position and role in the global economy and the international community.

Even after more than a decade of communication capacity building, China is still being demonized, marginalized and discredited by some foreign elements.

Given the disparity between China's soft power and hard power, Xi has stressed the need to make up for the shortcomings and made clear the international communication capacity building goal, which is to build an international discourse that matches its comprehensive national power and global status, create a favorable external public opinion for China's reform, development and stability, and make positive contributions to building a global community of shared future.

At the same time, the information technology revolution, mainly in the form of the internet, social media and artificial intelligence, is reshaping the global information communication pattern, and the international community has entered a platform society, with Facebook, Twitter and Microsoft dominating the new global communication infrastructure. As such, global internet users' data have become the free property of the United States.

Many international social media platforms have labeled the Chinese media as "China affiliated state media", and filter the information from China, making Facebook and Twitter new communication vehicles for manufacturing and spreading false information about China and demonizing it. The myth of "empowerment", "e-democracy", and "digital utopia" in the internet realm has been shattered, and China faces a new form of US hegemony.

With the global power shifting from the West to the East and IT reshaping the global communication landscape, China is moving closer to the center of the world stage and entering a new era of socialism with Chinese characteristics. The country has the ability and responsibility to play a greater role in global affairs and make greater contributions to building a community with a shared future for mankind.

The global communication order in the new era needs Chinese solutions and the Chinese spirit, as the four decades of reform and opening-up have proved the correctness of the Chinese path, and created opportunities for the majority of developing countries to boost their economic development. More important, the Chinese path is based on fostering world peace and development, and making major contributions to the progress of human civilizations.

Therefore, we should more vigorously promote Chinese ideas, Chinese wisdom and Chinese solutions, which are based on more than 5,000 years of Chinese history, and explain their importance to the world. There is also a need to explain China's concepts of development, security, human rights, ecology, global governance and the world order, and include it in China's international discourse, in order to build a fair and just global communication order in the new era.

The author is a professor at the School of Journalism and Communication, Shanghai International Studies University.