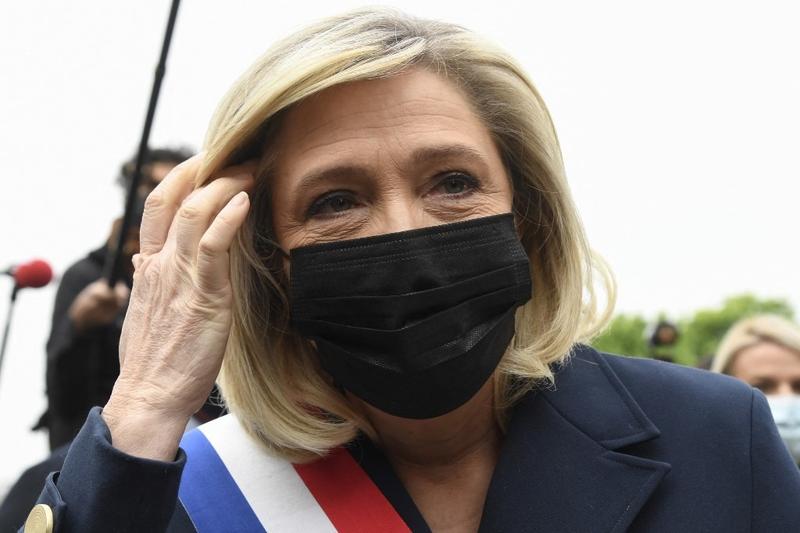 French far-right Rassemblement National (RN) party president Marine Le Pen looks on after laying a wreath of flowers in front of a statue of Jeanne d'Arc (Joan of Arc) in Paris on May 1, 2021. (BERTRAND GUAY / AFP)

PARIS - French far-right politician and presidential candidate Marine Le Pen was acquitted on Tuesday by a court after facing a trial over publishing images of Islamic State atrocities on Twitter in December 2015, which prosecutors said broke hate speech laws.

She tweeted the images of Islamic State atrocities to highlight what she said was the absurdity of the comparison.

Le Pen denied any wrongdoing and slammed a politically motivated trial and an attack against freedom of speech.