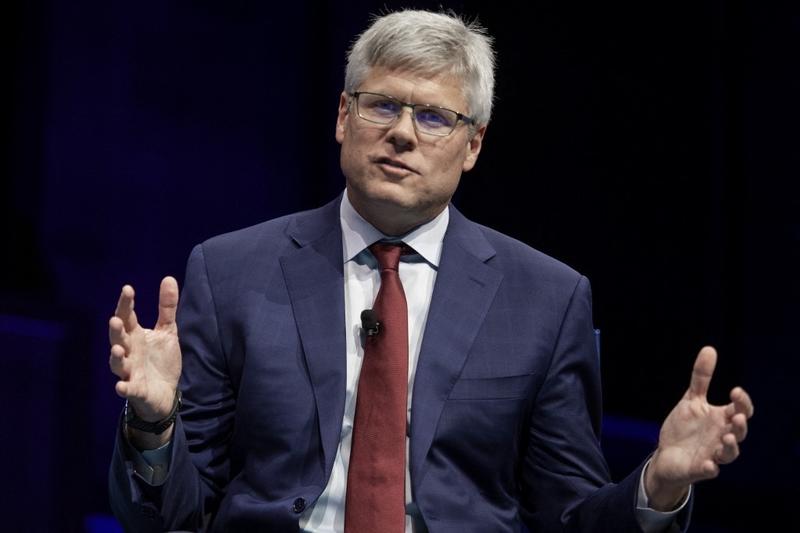 WASHINGTON - The possibilities with 5G are limitless and will be best realized when US and Chinese companies unite to drive innovation around the world to achieve great things, Qualcomm Chief Executive Officer Steve Mollenkopf told Xinhua in an exclusive interview on Tuesday.

Mollenkopf participated in the China-US Entrepreneurs Symposium online, which was held on the sidelines of the annual conference of the Boao Forum for Asia (BFA).

Held from April 18 to 21 in south China's island province of Hainan, this year's BFA annual conference is themed "A World in Change: Join Hands to Strengthen Global Governance and Advance Belt and Road Cooperation."

Qualcomm recently launched new 5G Innovative Centers with local governments and partners in Nanchang and Hangzhou, adding up to a total of five Joint Innovation Centers in China, according to the firm's CEO Steve Mollenkopf

Mollenkopf told Xinhua he looks forward to the future cooperation between US and Chinese companies, adding Qualcomm is committed to continuing its long friendship with Chinese partners.

"The future of wireless technology has never been more exciting, and the importance of connectivity to China achieving its development goals has never been clearer," Mollenkopf said.

For over 25 years, Qualcomm has collaborated with companies in China, helping them expand their businesses - both at home and around the world, he told Xinhua.

"Now our collaboration is helping China's mobile ecosystem power 5G across China and beyond," Mollenkopf said, adding 5G is designed to connect virtually everyone and everything, and the technology will transform the economy and enrich lives around the world.

Qualcomm recently launched new 5G Innovative Centers with local governments and partners in Nanchang and Hangzhou, adding up to a total of five Joint Innovation Centers in China, according to Mollenkopf.

"We are also helping China deploy fundamental 5G technologies such as mmWave, which will allow incredibly fast and reliable wireless connections," he said.

Citing China's rapid 5G progress as an example, Mollenkopf said a recent study by ABI Research shows China is forecast to reach almost 740 million 5G subscribers by 2025. "5G will deliver innovations that we have yet to imagine and 5G's impact on China's economy will span decades."

China is leading the world in connected transportation and manufacturing, Mollenkopf told Xinhua. Qualcomm is supporting the Chinese ecosystem through efforts such as the "5G IoT Innovation Initiative," and the deployment of cellular vehicle to everything technology for safety-focused and more efficient transportation, he noted.