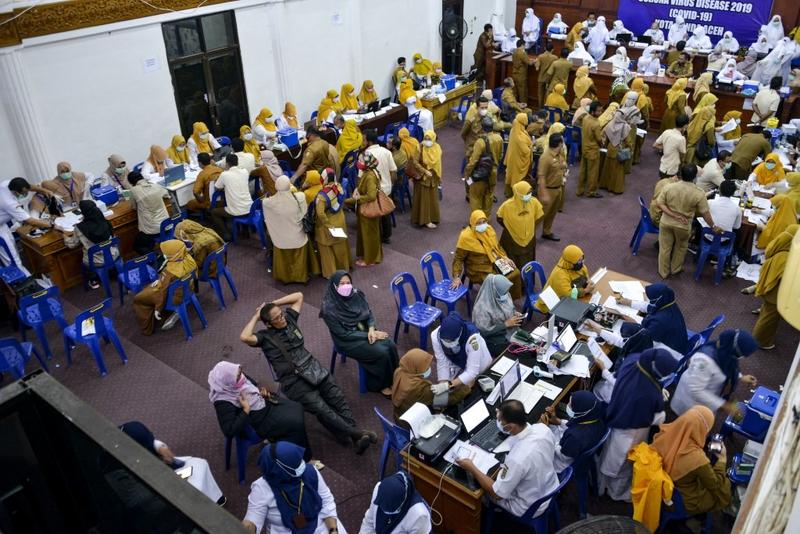 NEW DELHI / SYDNEY / TOKYO - Indonesia warned of a potential increase in coronavirus infections as families gather during annual Eid holidays and planned to speed up inoculation on its older population.

Six million more bulk vaccines developed by Sinovac Biotech Ltd. arrived in Jakarta on Sunday, which will be processed by state-owned PT Bio Farma to make about 20 million doses ready to be administered over the next month, Health Minister Budi Gunadi Sadikin said in a briefing broadcast on YouTube.

According to the ministry, 5,963 more people were discharged from hospitals, bringing the total number of recovered patients to 1,450,192.

The Australian government has flagged greater freedoms for those who have been fully vaccinated against COVID-19.

Stuart Robert, minister for employment, workforce, skills, small and family business, said on Sunday that vaccinated Australians could be allowed to travel overseas and quarantine at home on their return before the "vast majority" of the population has been inoculated.

As of Sunday morning, there had been 1.48 million vaccines administered in Australia.

Health Minister Greg Hunt has said Australia's borders could remain closed even after the entire population is vaccinated, but Minister Robert said Prime Minister Scott Morrison has made it "quite clear" that he wants borders open.

Australian federal and state leaders will discuss ways to speed up the country’s coronavirus vaccination rollout and shift to alternatives to the AstraZeneca Inc. inoculation in their upcoming meeting, Prime Minister Scott Morrison said Sunday.

Current vaccine supplies are sufficient to cover initial stages of the program currently under way, which target frontline workers and the elderly, Morrison said.

Cambodia's daily tally of COVID-19 cases surged to a new record high of 618 in the last 24 hours, pushing the national case total to 6,389 since the pandemic began, the Ministry of Health (MoH) said in a statement on Sunday.

The figure surpassed the previous highest daily record of 576 cases on April 8.

MoH's secretary of state and spokeswoman Or Vandine on Sunday renewed her calls on people to strictly follow preventive measures and stay home as the 14-day lockdown of Phnom Penh and adjacent Ta Khmau city has entered the fourth day.

India, hit by the spread of more contagious variants of the disease, is grappling with a severe shortage of hospital beds, oxygen supplies and critical medicines such as the anti-viral drug Remdesivir.

The stocks of oxygen and drugs are depleting at a fast pace in India's capital Delhi, as the COVID-19 situation is worsening here, confirmed Chief Minister Arvind Kejriwal Saturday.

India was making efforts to arrange about 6,000 extra beds with oxygen facilities for the COVID-19 patients in Delhi.

The number of oxygen beds available for COVID-19 patients in Delhi is going down at a very fast pace. Every system has a limitation, Kejriwal said, adding "We are trying every possible effort in providing stocks of essential drugs and medical facilities."

He added that the pandemic situation had become "very worrisome", with depleting stock of oxygen and Remdesivir drug for patients.

This is the first time when the single-day spike crossed the 260,000-mark in India.

Spokesman of the ministry Sayf al-Badr said in a press release that taking the coronavirus vaccines in Iraq is not compulsory, but the ministry suggested compulsory vaccinations for private hospitals and laboratories, travelers, and some government institutions. 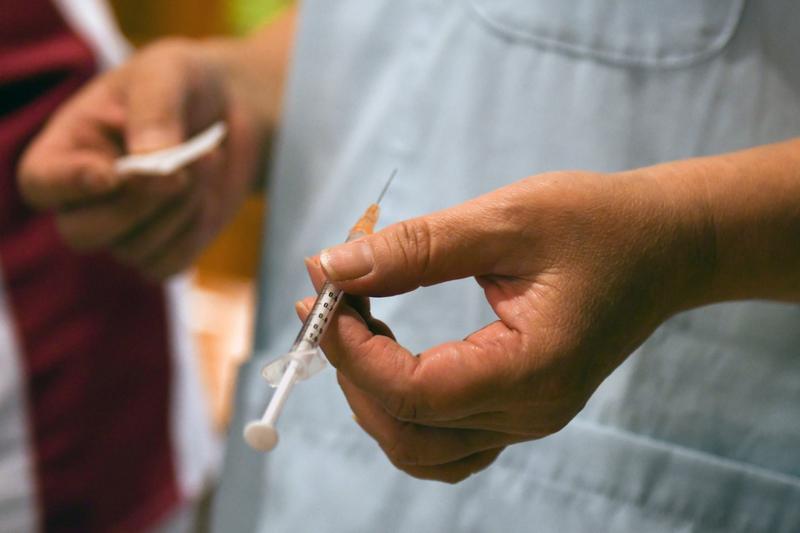 A healthcare worker holds a syringe with a dose of the Pfizer-BioNTech COVID-19 vaccine at a nursing home in Kawasaki, Kanagawa prefecture, Japan, on April 12, 2021. (PHOTO / BLOOMBERG)

Israel rescinded the mandatory wearing of face masks outdoors and fully reopened schools on Sunday in the latest return to relative normality, boosted by a mass-vaccination campaign against the COVID-19 pandemic.

With almost 54% of its 9.3 million population having received both shots of the Pfizer/BioNTech COVID-19 vaccine, Israel has logged sharp drops in contagion and cases.

The police-enforced wearing of protective masks outdoors, ordered a year ago, was scrapped from Sunday, but the Health Ministry said the requirement still applied for indoor public spaces and urged citizens to keep masks to hand.

Israel's Ministry of Health reported 142 new COVID-19 cases on Saturday, raising the total number in the country to 836,882.

The death toll from the virus rose by 16 to 6,331, while the number of patients in serious conditions increased from 201 to 202, out of 334 hospitalized patients.

The total recoveries in Israel rose to 827,964 after 219 newly recovered cases were added, while the number of active cases decreased to 2,587.

The number of people vaccinated against COVID-19 in Israel stands at over 5.34 million, or 57.2 percent of its total population, since the vaccination campaign began on Dec. 20, 2020.

The curfew is expected to bring down the rate of infection and also serves as a safety measure to protect the community from the spread of the virus, according to the supreme committee handling COVID-19.

ALSO READ: Thailand to roll out vaccines for general public in June

A previous record of 1,220 cases was set on Wednesday.

One of the latest confirmed cases was imported from abroad, and the remaining ones were locally transmitted, the NCCD said in a statement.

Meanwhile, three more deaths and 427 more recoveries were reported, taking the nationwide counts to 50 and 11,877 respectively, it added.

New Zealand reported four new cases and one historical case of COVID-19 at the border in two days, the Ministry of Health said in a statement on Sunday.

The seven-day rolling average of new cases of COVID-19 detected at the New Zealand border was three, the ministry statement said.

South Korea reported 672 more cases of COVID-19 as of midnight Saturday compared to 24 hours ago, raising the total number of infections to 114,115.

The daily caseload was up from 658 the previous day, staying above 600 for five straight days.

The daily number of infections hovered in triple figures since Nov. 8 last year due to small cluster infections in Seoul and its surrounding Gyeonggi province as well as imported cases.

Of the new cases, 202 were Seoul residents and 181 were people residing in Gyeonggi province.

Thailand began enforcing a ban on sale of alcohol at restaurants from Sunday and closed bars, pubs, karaoke and massage parlor nationwide as a flareup in COVID-19 infections saw the Southeast Asian nation log a record number of new cases in the past 24 hours.

The latest outbreak, reportedly spreading from entertainment venues in the capital Bangkok, has led Thailand's daily tally to rise from only 26 on April 1 to near 1,800, bringing the national cumulative caseload to 42,352.

The Philippines' Department of Health (DOH) reported on Sunday 10,098 new COVID-19 infections, bringing the total number of confirmed cases in the Southeast Asian country to 936,133.

The death toll climbed to 15,960 after 150 more patients died from the viral disease, the DOH said.

The Philippines, which has an about 110-million population, has tested over 10 million people since the outbreak in January 2020.