By ​Zheng Xin in Beijing and Tan Yingzi in Chongqing 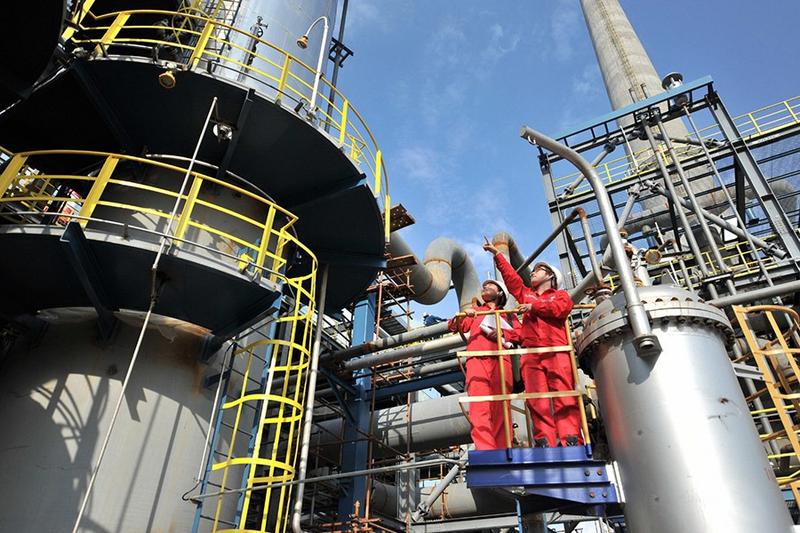 A major natural gas project under construction in southwestern China will further facilitate the government's efforts to achieve peak carbon dioxide emissions by 2030 and reach carbon neutrality by 2060, said an analyst.

The project will contribute substantially to the country's carbon neutrality goal, helping China achieve its target in terms of decarbonizing the industry and power sectors by switching from coal to gas in the coming years, said Cao Lujia, an analyst at BloombergNEF.

"There is big potential in shale gas in this region, which could be the pillar of China's domestic gas supply to help decarbonize the industry and power sectors in the long term," Cao added.

With a total investment of 710 billion yuan (US$108.5 billion), Sichuan province and Chongqing, where the project is located, are stepping up efforts to build the natural gas project, which will have a production capacity of 100 billion cubic meters by 2035, to ensure sufficient supplies of the clean fuel in China.

According to Cao, China's natural gas demand in 2020 was 324 billion cubic meters, of which 189 billion cubic meters, or 58 percent, was from domestic supply. The new project underway in southwestern China is expected to reach a level of output that could have met one-third of China's total demand last year.

"Sichuan and Chongqing's gas consumption has kept up its momentum, rising 52 percent and 58 percent respectively in the first two months of 2021 compared with same period last year," she said.

Yang Shixing, chief engineer at the Chongqing Energy Bureau, was quoted by Chongqing Daily as saying that the two regions will focus on regular natural gas fields as well as shale gas fields in the Fuling and Nanchuan areas.

China Petrochemical Corp, or Sinopec, announced on Tuesday that its Fuling shale gas field produced more than 1.78 billion cubic meters of shale gas during the first quarter of 2021, up almost 20 percent year-on-year.

PetroChina Southwest Oil and Gasfield Co, a subsidiary of CNPC, has also announced recent major breakthroughs in natural gas fields in Sichuan, which are likely to become commercially operational this year.

Based on BloombergNEF's latest Global Gas Summer Outlook 2021, China's gas consumption is expected to grow 7.6 percent in 2021, with industrial gas demand back in full swing.