Virus: Party chief of Ruili fired over dereliction of duty 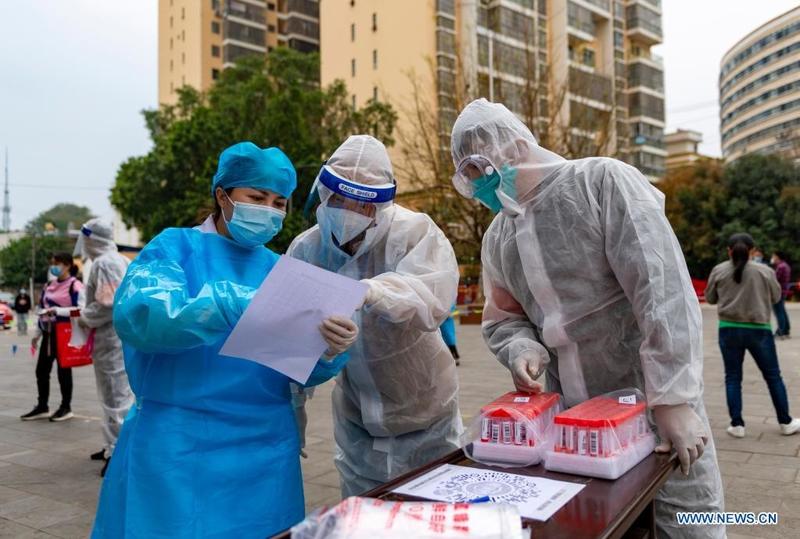 KUNMING - Gong Yunzun, Party chief of Ruili city in southwest China's Yunnan province, was removed from his posts for serious dereliction of duty in COVID-19 pandemic prevention and control.

The provincial anti-graft body held Gong responsible for three occurrences of COVID-19 infections in the city within half a year, according to a punishment decision.

Gong should take the main leadership responsibility for the outbreaks, with the latest one that started on March 29 "seriously impacting the overall situation of the epidemic prevention and control in the whole country and the province."

Eight of the newly confirmed cases and one asymptomatic case were found in the border city of Ruili during the second round of citywide nucleic acid testing campaign, the provincial health commission said

Eight of the newly confirmed cases and the asymptomatic case were found in Ruili during the second round of citywide nucleic acid testing campaign, the provincial health commission said. Three others were previously registered asymptomatic cases.

As of Wednesday, 79 confirmed cases and 44 asymptomatic cases are receiving treatment or under medical observation in designated hospitals in the province that borders Myanmar.

No new suspected cases or deaths related to COVID-19 were reported on Wednesday, while five asymptomatic cases were re-categorized as confirmed cases, according to the report.

Another nine COVID-19 patients were discharged from hospitals after recovery, the commission said, adding that there were 263 patients still receiving treatment, two of whom were in severe condition.

A total of 5,384 imported cases had been reported on the mainland by the end of Wednesday with no deaths.

By Wednesday, the mainland had reported a total of 90,365 confirmed cases, including 85,466 patients recoveries and 4,636 deaths.

By the end of Wednesday, 11,539 confirmed COVID-19 cases, including 205 deaths, had been reported in the Hong Kong Special Administrative Region (SAR), 49 cases in the Macao SAR, and 1,050 cases, including 10 deaths, in Taiwan.

A total of 11,163 COVID-19 patients in the Hong Kong SAR had been discharged from hospitals following recovery, 48 in the Macao SAR, and 1,004 in Taiwan.