Israel polls: Why an Arab Israeli is the nation's key figure now 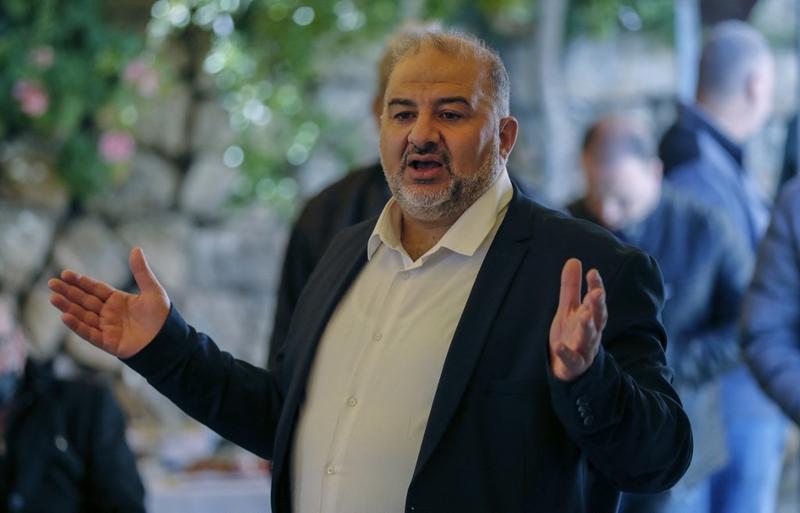 Mansour Abbas, head of Israel's conservative Islamic Raam party, speaks to a crowd during a political gathering to congratulate him on the electoral victory in the northern Israeli village of Maghar on March 26, 2021. (PHOTO / AFP)

Dr. Mansour Abbas, a small-town dentist from the Galilee, cuts an unusual figure for an Israeli king-maker. A devout Muslim, he dresses in a simple style, lacks charisma and speaks softly. But in the aftermath of last week’s election, which ended in a near tie between the pro-Netanyahu and anti-Netanyahu blocs, Abbas carries a very big stick.

Or maybe it is magic wand. Improbably, Abbas, whose United Arab List (UAL) won four seats in the new Knesset, may pick the next prime minister of the Jewish State.

No Arab politician has managed to make a non-Jewish, non-Zionist party kosher. None has even dreamed of it.

But Abbas is an Israeli, and not just in name. Like the other Arab members of the Knesset, Abbas recently voted against the Abraham Accords, peace deals signed by Israel with four Arab countries.  But unlike his rivals, he refrained from emotional denunciations. “What truly matters,” he said, “is that we are Israelis, and our actions are not supposed to be influenced by whether there is peace with Bahrain.”

For decades, Arab politicians here have insisted that their primary identity is as Palestinians who happen to hold Israeli citizenship.  Their loyalty to their people -- whose cause includes establishing a separate Palestinian state and the delegitimization of Israel as a Jewish state -- has been vocal and highly charged. Such rhetoric, and the vaulting geopolitical demands that accompany them, has made anti-Zionist politicians politically untouchable to the vast majority of Jewish voters and a non-factor in successive governments.

Abbas is not a Zionist. His party has roots in the worldwide Muslim Brotherhood, a powerful Islamist organization founded in Egypt. But when it comes to politics, ideology is not his thing. The campaign he ran, and the demands he is now raising in coalition talks with both the Likud and the anti-Bibi bloc, are kitchen table issues for Israeli Arabs.

Improbably, Mansour Abbas, whose United Arab List (UAL) won four seats in the new Knesset, may pick the next prime minister of the Jewish State

First and foremost, he wants effective intervention by the national police against rampant criminal and intra-family violence in the Arab community. He is asking for more government spending on education and welfare, greater access to the job market, increased building permits and less restrictive town planning in Arab towns and cities and legal status for Bedouin encampments in the Negev hinterland.  In short, he is calling for greater inclusion in the Israeli mainstream, and the benefits that come with it. Winning major concessions on these and other domestic issues would make him the first Arab politician who actually matters in Israel.

Right-wing hardliners do not want that. The status quo fits them fine. They warn that changing it would be a first step toward giving non-Zionist Arabs power over matters of national security and state-building.  Before the election, Netanyahu attempted to calm their concerns by pledging not to take Abbas’s help. That pledge went out the window with the election results.

Whatever he pledged, Netanyahu saw this coming. The polls showed Arab disenchantment with the established leadership, whose party, the Joint List, plummeted from 15 to six Knesset seats last week. Long anathema to the Arab community, Netanyahu pivoted during the campaign, adopting a new, conciliatory tone and canvassing hard for votes. He didn’t expect to win many for himself (although he outpolled Meretz, a putatively Jewish-Arab progressive list).  His goal was to strengthen the more moderate Abbas in case he should be needed in a coalition.

Bibi’s new approach helped legitimize Abbas in the eyes of many centrist Likudniks and some Haredi members of his bloc. In September 2019, a post-election poll by the Israel Democracy Institute  found that less than 20 percent of Jewish Israelis supported Jewish-Israeli political cooperation. Today, that number is up around 33 percent. Most of the change, according to the poll, occurred among those who self-identify as right or center.

This shift in public opinion can’t be attributed entirely to the prime minister’s campaign machinations. The Coronavirus has played a major role. It is the first national crisis that brought Israeli Jews and Arabs together. Medical personnel from both communities worked side-by-side to help the ill. Patients from both communities were treated in the same COVID-19 wards and a national vaccination campaign sought to get everyone protected.

The Israeli media highlighted this cooperation and it has carried over into the coverage of politics.  Major media outlets now feature Arab reporters and commentators who analyze the Abbas phenomenon in excellent Hebrew. Name- calling still goes on in televised panel discussions, but the customary partisan epithets (“terrorist!” racist!") sound increasingly discordant.

Even so, it would be premature to declare an era of good feeling.  Prejudices and taboos have deep roots and will be hard to break. But there is no doubt that the communities are seeing and hearing each other more clearly and honestly than in the past.

Next Monday, after the Passover holiday, coalition bargaining will begin in earnest. It coincides with the evidentiary stage of Netanyahu’s criminal trial, so his rivals for prime minister will highlight the trial in order to enlist converts to their anti-Netanyahu coalition.

The pragmatic Dr. Abbas is unlikely to be swayed by the trial. He will meet with all comers willing to accede to his party’s demands. Abbas has repeatedly said that he is in nobody’s pocket. If things go his way, both Bibi and his rivals may well find themselves in his.