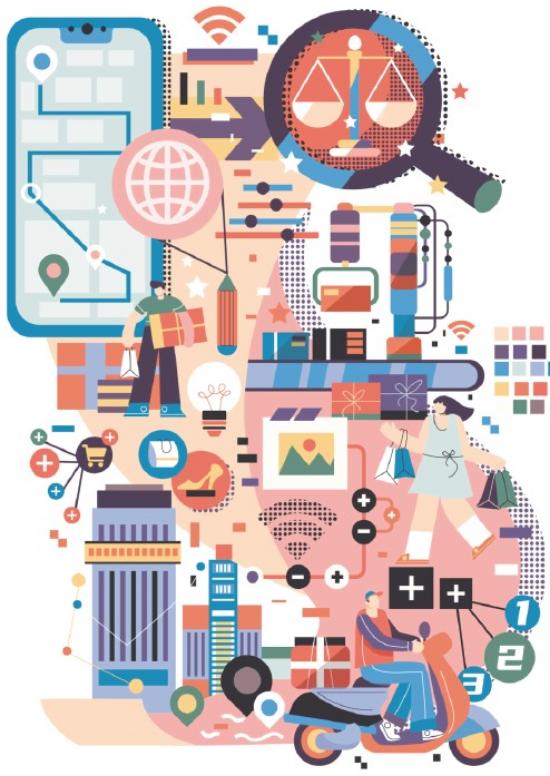 After a decade of expansive growth, China's internet companies are poised to take a more cautious approach.

When Premier Li Keqiang delivered the Government Work Report at the fourth session of the 13th National People's Congress on Friday, he said the government will improve the competition policy framework and the fair competition review mechanism.

It will also strengthen law enforcement in relation to monopolies and unfair competition, guard against disorderly capital expansion and strive to create a fair and impartial environment in which all market entities will be treated as equals and engage in fair competition.

Moreover, after several antitrust and anti-monopolistic rules became effective last month, the fast-growing sector is widely expected to rein in certain practices that could potentially stifle the nation's innovative edge over the long term, according to experts.

On Feb 7, the State Administration for Market Regulation released the latest anti-monopoly guidelines, thus strengthening supervision of internet companies that hold a raft of consumer data.

The regulations－preventing anticompetitive behavior such as subsidizing below-cost services, forming alliances that crowd out smaller rivals and using data and algorithms to manipulate the market－took effect immediately, according to a statement from the market regulator.

The administration also barred companies from forcing retailers to choose between the country's top internet players, a long-standing problem in the sector.

Xue Jun, a professor of law at Peking University and director of the school's E-Commerce Law Research Center, said the overriding aim of anti-monopolism is not about "clamping down on one internet giant and fostering the other", but rather safeguarding the interests of small and medium-sized businesses that rely on these internet platforms

The fact that the draft guidelines became official rules just three months after their November debut illustrated the urgency of the campaign to root out monopolistic practices, experts said.

"Some internet platforms were highly innovative before they achieved a certain scale," said Huang Qunhui, director of the Institute of Economics at the Chinese Academy of Social Sciences.

"However, a company with a monopolistic position is likely to restrict competition or acquire its competitors to protect the inherent business model, thus impeding competition and innovation."

The so-called platform economy, especially in the e-commerce and digital payment industries, has experienced explosive expansion in the past decade.

China is now the world's largest e-commerce market and leads the way in mobile payment on a global scale, according to multiple studies by consultancy Accenture.

However, the financial power gained by some internet giants has generated concerns about the negative effects they could have on the market, such as monopolies and unfair competition, copyright infringement and other issues. 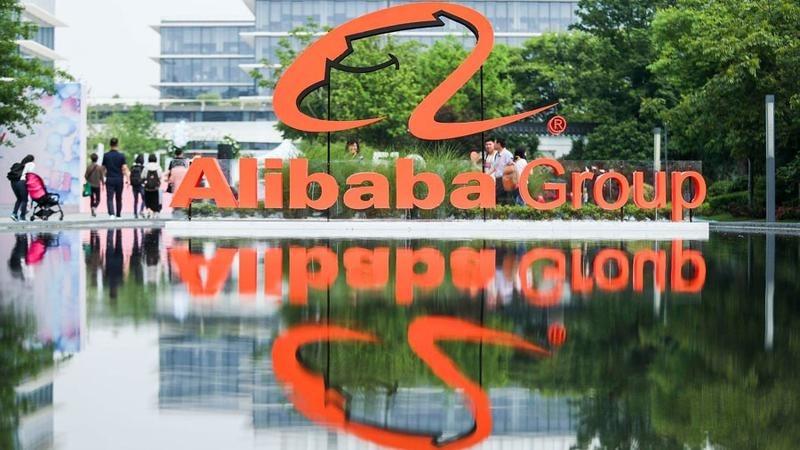 For example, a probe started in December into the Alibaba Group－owner of Taobao, the nation's leading online marketplace－focused on the company's conduct when entering into "exclusive dealing agreements "with retailers.

The issue mainly refers to the company's practice of forcing retailers to choose either its platform or a rival site to sell their goods instead of being able to work with both, which potentially crowds out competitors.

A week after the probe started, Meituan, China's largest on-demand service platform for online food deliveries and restaurant orders, faced a lawsuit in a Beijing court for alleged abuse of market power.

The complainant claimed Meituan's decision to temporarily remove Alipay, the payment platform of Alibaba, as an option from its main app was an abuse of its dominant market position.

With market resources concentrated on leading companies, certain "risks and hidden dangers" have surfaced in the development of the online economy, according to a December commentary in People's Daily that was published in the wake of the developments.

Shi Jianzhong, vice-president of the China University of Political Science and Law and director of the school's Competition Law Research Center, said normalization of the anti-monopoly law in the internet sector will help push the healthy growth of the mutual drivers of competition and innovation.

A string of efforts to protect consumer rights have surfaced since December. They have resulted in fines for companies including Alibaba, Tencent, Vipshop or subsidiaries for monopolistic behavior or failure to disclose planned mergers and acquisitions.

Song Jia, director of the machinery innovation center with the State-owned Assets Supervision and Administration Commission, said the antitrust measures are "not aimed at tripping up one leading firm but are made for the overall development of the industry and for industrial innovation".

Shi Jianzhong, vice-president of the China University of Political Science and Law and director of the school's Competition Law Research Center

Zhu, from the China University of Political Science and Law, agreed with that view. "Antitrust measures don't necessarily ban acquisitions or even encourage splitting up, but focus on bringing help to more players, and then boosting competition and innovation," he said.

In December, the Central Economic Work Conference said that anti-monopoly measures are among eight priority tasks for economic development this year, and the emphasis will be on the prevention of the "disorderly expansion of capital".

The People's Daily commentary said, "Anti-monopolism is an international practice, which is conducive to protecting fair competition and innovation in the market and safeguarding consumer rights."

The commentary said the investigation does not imply a change of attitude toward encouraging and supporting the online economy.

"Rather, it's precisely for the purpose of better regulating and developing the online economy, and guiding and promoting its healthy development in the hope that it stands to make a bigger contribution to China's high-quality economic development," it said.

Xue Jun, a professor of law at Peking University and director of the school's E-Commerce Law Research Center, said the overriding aim of anti-monopolism is not about "clamping down on one internet giant and fostering the other", but rather safeguarding the interests of small and medium-sized businesses that rely on these internet platforms.

"Through a series of actions, we really need to hear the voices of smaller merchants, who form the backbone of the stability of the economy and livelihoods," Xue said.

In January, digital lenders including Ant Financial's Huabei and Tencent's WeBank announced a reduction of their maximum quota for loans extended via online channels after heavier scrutiny from financial regulators and new provisions.

"By and large, Chinese regulators are pro-innovation," said Chen Guoli, a professor of strategy at the INSEAD business school in Singapore.

"But the government is also striking a delicate balance between innovation and risk. When it comes to the financial system, it is extremely careful about systemic risk."

The People's Daily piece said that investigations, such as those recently implemented, or strengthened supervision do not imply a change of attitude toward encouraging and supporting the online economy.

Xinhua News Agency quoted Ma Chao, an independent financial technology expert, as saying that, in a sense, restrictions on technology giants such as Microsoft and IBM through antitrust measures in Europe and the United States prompted the birth and growth of internet startups such as Google, Apple, Facebook and Amazon.

"It is market competition that inspires internet companies to constantly push for innovation in technologies and business models," Ma said.

"The players can only achieve sustainable development by strengthening self-regulation and embracing the original spirit of innovation."

Wu Miaomiao in Shanghai contributed to this story.