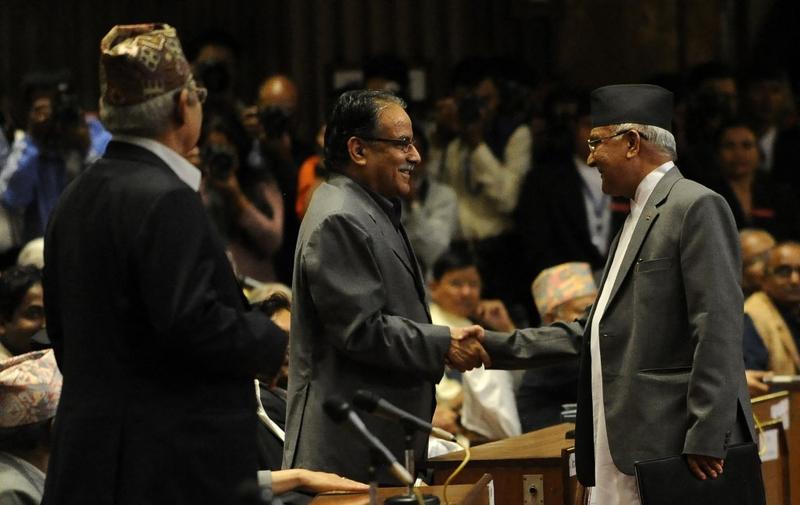 KATHMANDU - A splinter group of former Maoist rebels has agreed to abandon violence and enter the political mainstream under a deal signed with Nepal’s Communist government on Thursday, a joint statement said.

Under the deal, the government agreed to lift a ban on the group, which resumed fighting after the main rebel group signed a peace deal in 2006 to end a decade-long Maoist insurgency in which more than 17,000 people were killed.

More than 100 jailed members of the group are set to be freed and legal charges against them will be dropped under the deal, government officials said.

The group, led by Maoist politician and fighter Netra Bikram Chand, “will seek resolution of its political issues through talks and involve in peaceful political activities,” it said in the joint statement with the government.

More than 100 jailed members of the Maoist group are set to be freed and legal charges against them will be dropped under the deal, government officials said

Nepal has been relatively peaceful since 2006 but the authorities have blamed the group for various explosions, arson attacks and extortion.

Chand’s group resumed the fight against the government after the 2006 peace deal because it said the leader of the main Maoist group, known by his nom de guerre Prachanda, gave up the rebellion without achieving its goal of improving conditions for Nepal’s poor.

Prachanda has twice served as prime minister since renouncing violence and is now an opponent of Prime Minister K.P. Sharma Oli and set to challenge his position next week through a no confidence vote.