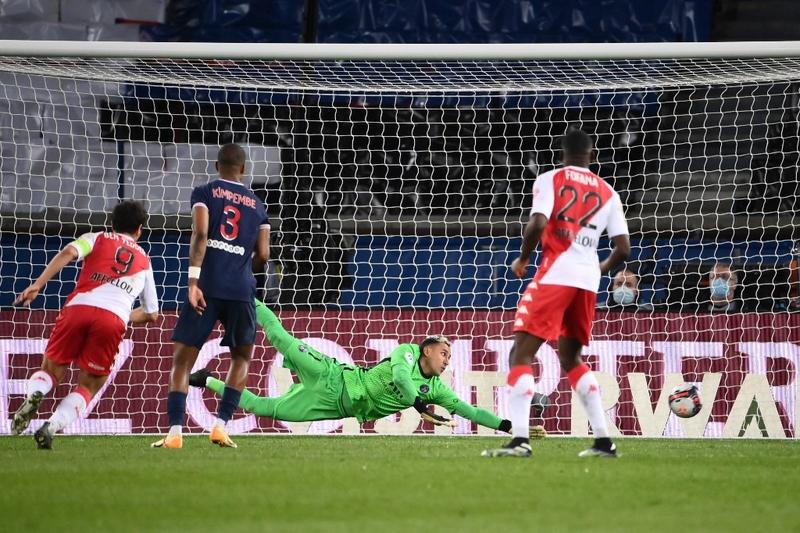 PARIS - A patched-up Paris Saint-Germain lost to Monaco for the second time this season, as a 2-0 home defeat against Kylian Mbappe's former club on Sunday handed title rivals Lille a four-point lead in the Ligue 1 standings.

Earlier in the day, pace-setters Lille secured a comfortable 4-1 victory at relegated-threatened Lorient to tighten its grip on top spot

It was Mauricio Pochettino's second defeat since taking charge of the defending Ligue 1 champions. Sofiane Diop's header opened the scoring for the visitors in the sixth minute, and Guillermo Maripan doubled the lead with a side-footed finish in the second half after Ander Herrera failed to clear the ball.

"I think we were chasing them, we conceded after five minutes and we didn't create enough chances. We were not good enough and that is why we lost the game," said Pochettino, who was short-handed as key players including Neymar, Angel Di Maria and Marco Verratti were injured.

Niko Kovac's Monaco side had already beaten the capital giants at home in November and the win on Sunday saw the fourth-placed team only two points adrift of third-ranked PSG. Lyon, who defeated Brest on Friday, stay second, three points off Lille and one ahead of PSG.

Earlier in the day, pace-setters Lille secured a comfortable 4-1 victory at relegated-threatened Lorient to tighten its grip on top spot.

Lille dominated the match to extend the club's record of consecutive away wins in the top flight to seven.

Andre Gravillon's own goal put Lille ahead in the 21st minute before Jerome Hergault equalized for the hosts only two minutes later.

Captain Jose Fonte scored a fine goal to put Lille back in front in the 37th minute, sweeping the ball in from the edge of the penalty area, and forward Jonathan Ikone made it 3-1 in the 58th minute when he deftly curled home a free-kick. Substitute Domagoj Bradaric thumped in the fourth in injury time.

Also on Sunday, English striker Stephy Mavididi scored twice in the first half to help Montpellier beat Rennes 2-1 at home. Serhou Guirassy pulled one back for the visitors in the second half.