Bets on for Macao's Sands China after US billionaire's death 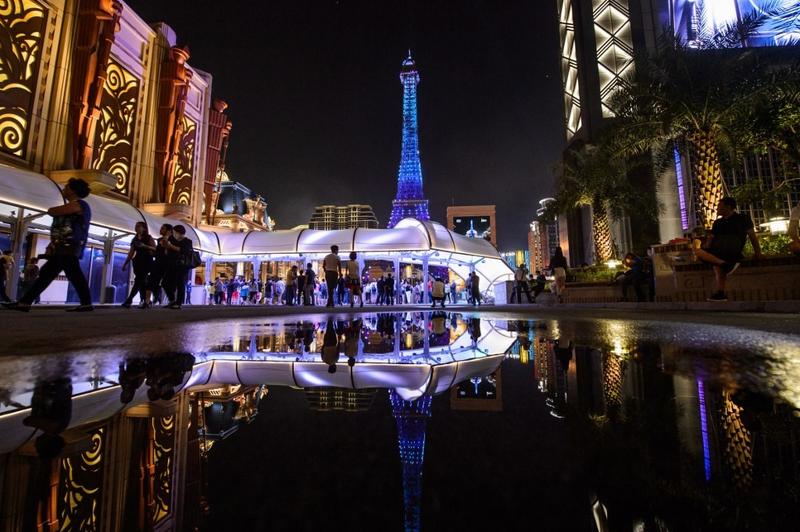 In this Sept 13, 2016 file photo, tourists look at a replica of the Eiffel Tower after the opening of the Sands mega resort The Parisian in Macao. (ANTHONY WALLACE / AFP)

HONG KONG - Sands China Ltd’s adjustment to life after the death of billionaire founder Sheldon Adelson, coming a year before the firm’s gaming licence expires, could open up opportunities for Chinese mainland investors to acquire a stake, industry executives said.

Without the larger-than-life visionary at the helm, the firm may be more willing to sell a stake or suitors may take advantage of his absence to buy a degree of control without opposition, executives told Reuters.

Adelson, who died on Jan 11 aged 87, was widely credited with helping transform the Macao Special Administrative Region into a center of luxury resorts and convention centers with revenue that now dwarfs that of Las Vegas, home of his US flagship Las Vegas Sands Corp.

Yet gaming licenses for Macao’s six casino operators, including Sands China, are set to expire in 2022.

Parent Las Vegas Sands earns the bulk of its revenue from Asian properties, including the Venetian and Parisian in Macao and Marina Bay Sands in Singapore. The casino operator is due to open British-themed resort Londoner in Macao in February.

Sands did not immediately respond to requests for comment.

ALSO READ: Macao to ban entry of residents who traveled outside China

Still, risks for potential suitors include legal battles. In one case going to trial in June, former partner Asian American is seeking US$12 billion to compensate for lost profit from 2004 to 2020 after Sands China opted to change partner.