A specialist in her aria

Wang Jing is among a dedicated group of theater performers determined to help the Pingju Opera art form thrive in the modern era, Chen Nan reports. 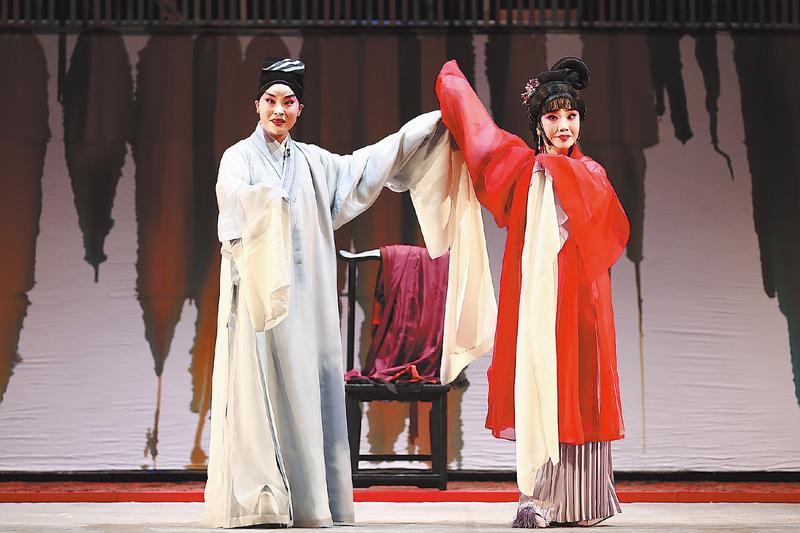 Actresses of China Pingju Opera Theater, Wang Jing (right) and Han Lijiao, play a wife and husband in Dye House, a new production of the theater that tells the story of a young couple and their relationship with their parents. The show will go on a nationwide tour this year. (PHOTO PROVIDED TO CHINA DAILY)

Wearing heavy pink, black and white makeup, Wang Jing, a veteran Pingju Opera artist, dressed in a long, pink traditional Chinese robe, as she sings, resembles a beautiful fairy. Spinning around onstage among the pink flower petals cascading from the ceiling, she performs an excerpt from A Fairy Maiden Scatters Flowers, which is adapted from a classic Peking Opera piece once performed by master of the art form, Mei Lanfang (1894-1961).

I felt lost as a Pingju Opera performer. But I didn’t want to give up ... The only way to keep the old art alive is to be creative with and loyal to it

The performance received warm feedback from the audience, especially from young people, who watched it as part of a New Year countdown show on popular video site, Bilibili, on Dec 31, 2020. So far, the performance has been viewed over 1.5 million times on Bilibili.

Wang is working hard on further polishing the piece, which she hopes to present as an independent program this year.

"For people who are not familiar with Pingju Opera, they get their first glimpse of the art form through the performance. If they can experience more Pingju Opera shows in theaters, they will learn more about the beauty of the old art," says Wang, 39, who has been performing with China Pingju Opera Theater since 2002.

Pingju Opera originated in Tangshan, Hebei province, during the late Qing Dynasty (1644-1911), and is popular in northern China. 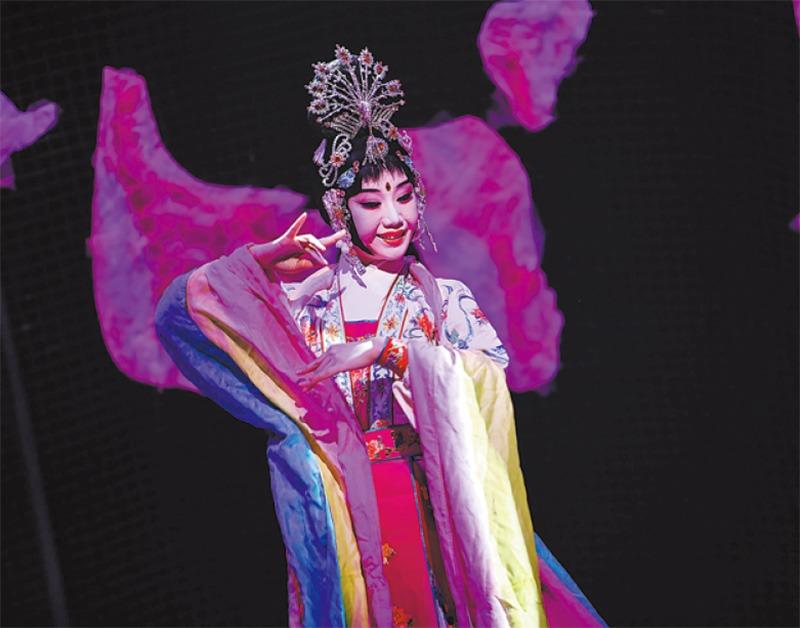 Cheng Zhaocai (1874-1929), who is considered as the father of Pingju Opera, was born in a village in Luanxian county, Tangshan. A Pingju Opera performer and a playwright, Cheng wrote over 100 plays, many of which have been passed down as classic Pingju pieces, such as Flowers as Matchmakers, Du Shiniang and Yang Sanjie Goes to Court.

Wang, who was born and grew up in Dezhou, Shandong province, fell in love with Peking Opera as a child when her grandfather played Peking Opera excerpts at home.

When she was 15 years old, Wang came to Beijing to study at Beijing Opera and Arts College. Though her first interest was Peking Opera, she decided to learn to perform Pingju Opera because she was drawn to the sounds and melody of its pieces.

A scene from Dye House, a new production by the theater, which features five of the company's female performers, including Wang. (PHOTO PROVIDED TO CHINA DAILY)

"It is an art form full of joy and charm because many of the stories told in Pingju Opera pieces are very humorous and romantic. However, it is a very demanding art, which combines singing, dancing and dialogue," Wang says.

"My teacher spent the first three years teaching me to sing three operas, which meant repetitively practicing my skills of singing and working with the band," recalls Wang. Like other traditional Chinese opera performers, Wang also received training in performing splits and somersaults.

After graduating in 2002, she started working with China Pingju Opera Theater.

"At that time, traditional Chinese operas were facing great challenges and were losing audiences. I made about 400 yuan a month and there were very few people coming to watch. I felt lost as a Pingju Opera performer," Wang says. "But I didn't want to give up. I worked so hard to master the skills of the art form, and I love it very much.

"My colleagues and teachers also worked together to stage old classic pieces and create new original pieces," she adds. "The only way to keep the old art alive is to be creative with and loyal to it."

In 2006, she won the "best new artist "award at the 16th Shanghai Magnolia Stage Performance Awards, a national award for Chinese theater performers. Later Wang furthered her study of Pingju Opera at National Academy of Chinese Theater Arts and graduated with a bachelor's degree in 2011. 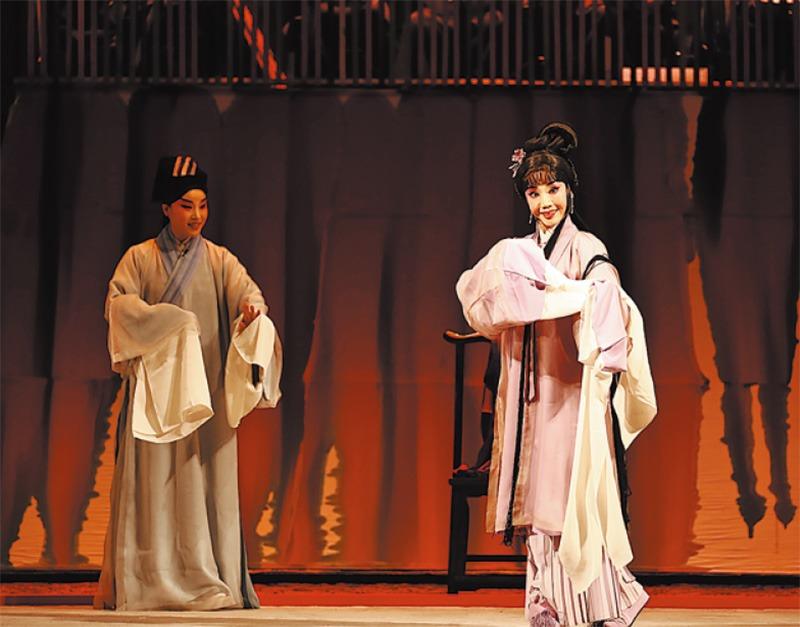 A scene from Dye House, a new production by the theater, which features five of the company's female performers, including Wang. (PHOTO PROVIDED TO CHINA DAILY)

According to Hou Hong, vice-president of China Pingju Opera Theater, to make the old art feel young, the company has mapped out a plan to train young Pingju Opera performers and offer them more opportunities to perform onstage. She adds that 70 percent of the company's performers are under 40 years old.

In November 2020, the company premiered its first production tailored for small theaters. Titled Dye House, the production, written by scriptwriter Bai Ailian and featuring five of the company's female performers, including Wang, tells the story of a young couple and their relationship with their parents against the backdrop of a dye house, which their family has run for generations. In 2021, the production will launch a nationwide tour.

"Relationships in a family, such as husband and wife, the wife and her mother-in-law, are topics that exist in every generation. The feedback from the audience was very warm, beyond our expectation," says Hou.

To get in touch with the audience, the company launched channels on various social media platforms, such as Douyin, sharing videos of the performers rehearsing, training and performing from their living rooms.

"Now we have over 300,000 followers on Douyin, which has expanded our fan base. It's very rewarding to see young people start to get interested in Pingju Opera," Hou says.