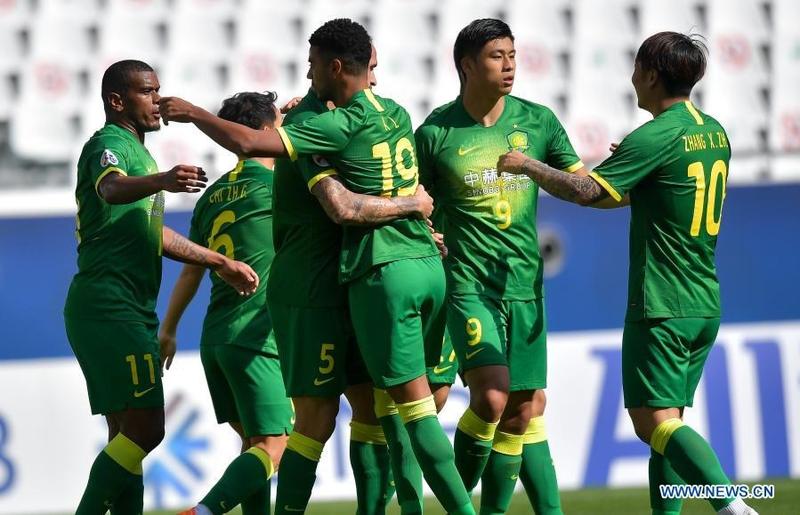 Fernando of Beijing Guoan (first left) celebrates with teammates after scoring during the Group E soccer match between FC Seoul of South Korea and Beijing Guoan of China at the AFC Champions League 2020 in Doha, capital of Qatar, Nov 21, 2020. (NIKKU / XINHUA)

HONG KONG - Beijing Guoan moved to the top of Group E of the Asian Champions League on Saturday with a 2-1 win over FC Seoul in Doha as the Chinese Super League side impressed upon their return to the rescheduled continental club championship.

Beijing had won their opening game in February, when they defeated Thailand’s Chiangrai United, and the victory over FC Seoul was their first since the tournament was restarted following a pandemic-enforced break.

Fernando gave Beijing the lead in the eighth minute after the South Koreans surrendered possession inside their own half and the midfielder fired in a deflected effort that beat Yan Han-been.

Carvalho doubled the lead on the hour mark when he curled the ball in from the edge of the area. 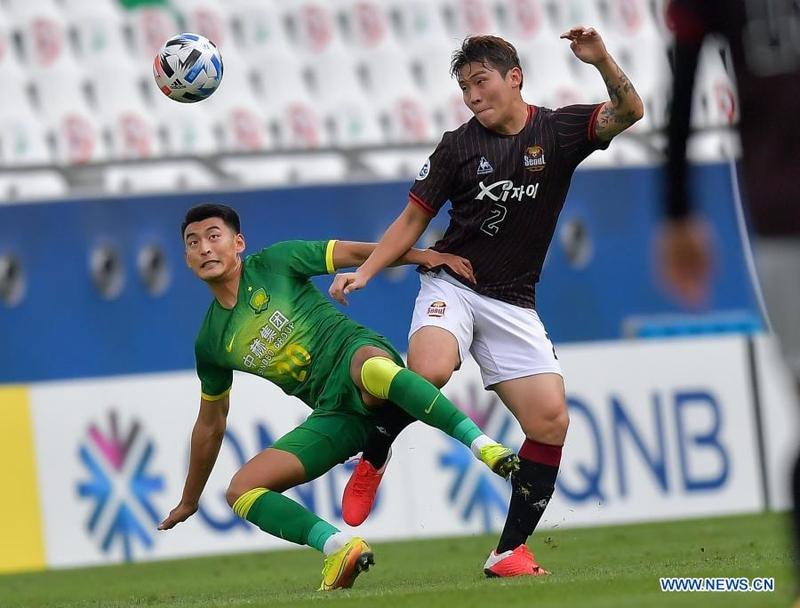 Hwang Hyun-Soo of FC Seoul (right) vies with Wang Ziming of Beijing Guoan during the Group E soccer match between FC Seoul of South Korea and Beijing Guoan of China at the AFC Champions League 2020 in Doha, capital of Qatar, Nov 21, 2020. (NIKKU / XINHUA)

Park Chu-young halved Beijing’s lead from the penalty spot six minutes later after Kim Min-jae handled the ball inside the area. However, Beijing held on to take all three points.

In Group F, Yoon Bit-garam scored twice for South Korea’s Ulsan Hyundai as they handed Shanghai Shenhua a 3-1 loss, with the result taking Kim Do-hoon’s team into a share of top spot with FC Tokyo.

Yoon put his side in front in the 20th minute when he netted at the second attempt after his initial effort was saved. Four minutes before the break, he calmly swept in from just inside the area to double the lead. 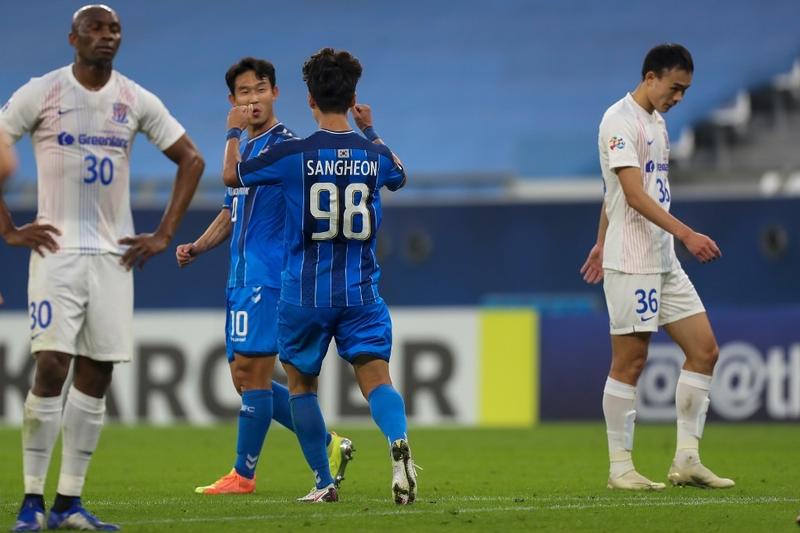 Kim Kee-hee added Ulsan’s third in the 63rd minute with a clever header before Zhu Jianrong nodded in a Shanghai consolation. The South Koreans moved on to four points, level with FC Tokyo, and one clear of Shenhua with Perth Glory pointless at the bottom of the standings.

Teams from the east of Asia are playing the remaining matches in the Asian Champions League in a biosecure environment in Doha, with group games continuing until Dec 4.

The knockout rounds begin two days later with the final, also due to be played in the Qatari capital, being held on Dec. 19.

Iranian side Persepolis await the winners of the eastern half of the competition having advanced through the western part of the draw in October.