By Edith Lu in Hong Kong 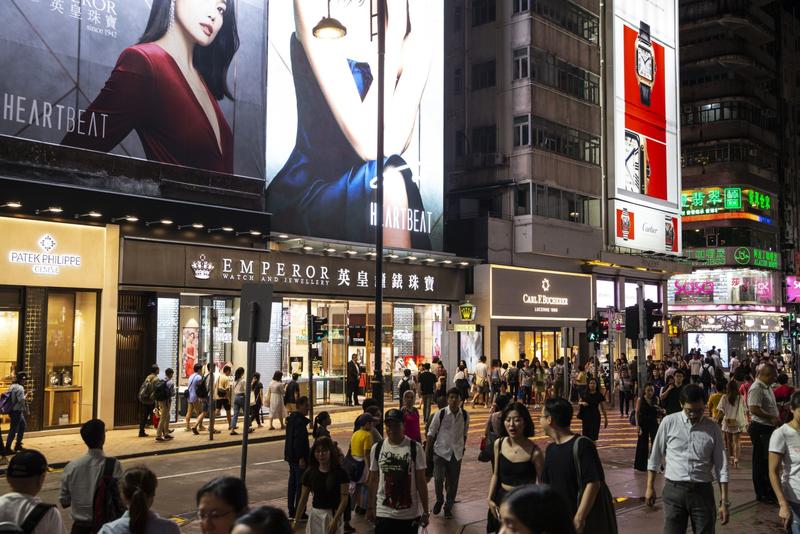 Hong Kong’s retail sales fell 13.1 percent in August from a year ago – down for the 19th consecutive month -- as the coronavirus pandemic raged on.

Total sales value dwindled to HK$25.6 billion, according to government data released on Wednesday. The decline beat market expectations of 15.9 percent, but was less than the 23.1 percent drop in July.

A government spokesman said retail sales remained weak in August amid the third wave of local coronavirus infections. Although the year-on-year decline narrowed visibly, it was mainly attributed to a very low comparison base last year, as the retail sector was battered by the social unrest in August last year.

In terms of volume, August’s retail sales fell 13.4 percent, compared with a revised 23.8 percent for the previous month.

The total value of retail sales in the first eight months of 2020 plummeted 31.6 percent, compared with the same period last year.

The spokesman pointed out that as economic conditions remain under pressure and inbound tourism is unlikely to show any swift recovery in the near term, the business environment in the retail trade will continue to be difficult. Nonetheless, consumption sentiment may further improve if the local pandemic situation continues to stabilize. 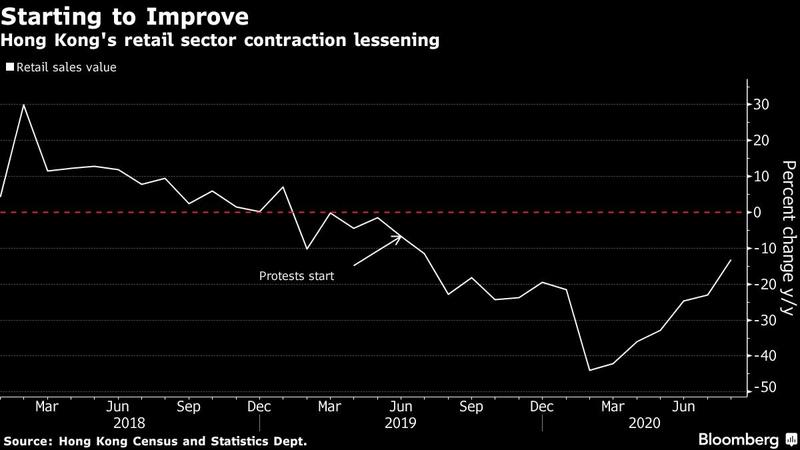 Hong Kong further eased social-distancing rules on Wednesday as it confirmed eight new cases, including one of unknown origin, taking the city’s overall tally to 5,087.

With the National Day and Mid-Autumn Festival holidays around the corner, the Leisure and Cultural Services Department extended the opening hours at some of its venues and made special arrangements to allow the public to celebrate from Oct 1 to 3.

With inputs from Bloomberg