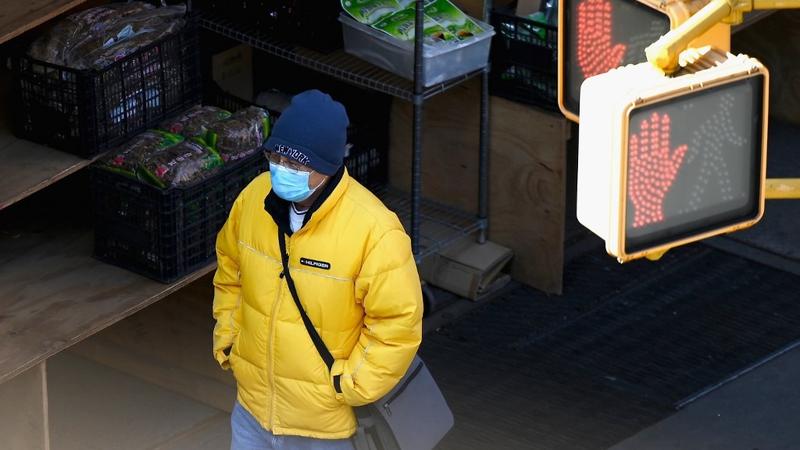 Asian Americans have started social media campaigns to combat the rise in racism they have faced amid the coronavirus pandemic.

In a video released on Tuesday on several social media platforms, a group of Asians in face masks detailed the discrimination, harassment and racism they have experienced－such as being told to "go back to China" or having people cough at them or spit in their direction.

Pulling off their masks, they reveal their occupations as firefighter, nurse, doctor, delivery woman, bus driver and other roles considered essential in the pandemic. The minute-long video is titled Fight the Virus. Fight the Bias－the message they declare at its end.

The video, produced by the Advertising Council, a nonprofit organization that makes public service announcements, and Emmy Award-winning writer Alan Yang, is aimed at building a sense of humanity and breaking the silence around the hatred impacting the Asian-American community.

Amid this pandemic and the stresses associated, nobody should have to also endure the added layer of fear that comes from this surge in racial violence and harassment.

"Amid this pandemic and the stresses associated, nobody should have to also endure the added layer of fear that comes from this surge in racial violence and harassment," said Advertising Council President and CEO Lisa Sherman. She said she hoped the video would inspire US citizens to rethink their biases and help end the wave of racism facing Asian Americans.

Reports by many civil rights organizations show that Asian communities across the US are enduring increasing harassment and assaults since the novel coronavirus began to spread in the country.

The Anti-Defamation League recently compiled a list of coronavirus-related anti-Asian incidents from January to June, including people being physically assaulted, properties being vandalized, and an online meeting disrupted by anti-Asian slurs in the chat function.

Statements by US President Donald Trump and his allies referring to COVID-19 as the "Chinese virus" or the "kung flu" have fueled xenophobia and bigotry toward people of Chinese descent and other Asian Americans, said Russell Jeung, chair and professor of Asian American Studies at San Francisco State University.

"President Trump's insistent use of the term 'Chinese virus' creates an implicit association that the virus is Chinese, and that the Chinese have the virus," Jeung said.

Subsequently, others have blamed Chinese and Asians in the US for being the source of the disease, said Jeung, who compiled the Stop AAPI Hate data. He noted that when Trump began using the terms, incidents of bias against Asian Americans jumped.

"It's clear that President Trump is scapegoating China for the pandemic. He does so to deflect responsibility for his poor handling of this public health crisis, and more recently to avoid dealing with 'Black Lives Matter' and America's racial injustices," said Jeung. "By blaming China, he seeks to create an outside enemy that his political base could be angry with."

A survey by the Pew Research Center showed that 4 in 10 US adults said that it had become more common for people to express racist views toward Asians since the pandemic began.

About a quarter of the Asian-American respondents said they feared someone might threaten or physically attack them, a higher percentage than for any other group.

The Trump administration has been criticized for doing little about the rise in anti-Asian hate amid the pandemic, in comparison with actions taken by previous administrations in similar situations such as the SARS outbreak and the 9/11 terrorist attacks.

After the 9/11 attacks, then president George W. Bush, a Republican, and the attorney general and FBI director immediately issued statements that hate crimes and discrimination against Arab, Muslim, Sikh and South Asian Americans would not be tolerated.