By Li Xiang and Zhou Lanxu 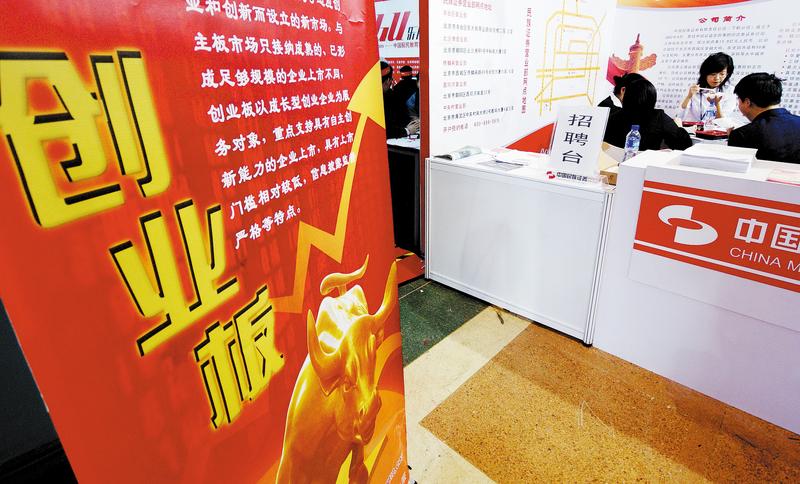 A poster introduces ChiNext at a brokerage’s booth during a financial exhibition in Beijing. (SHA LANG / FOR CHINA DAILY)

Eleven years after its creation, the startup board ChiNext on the Shenzhen Stock Exchange, which policymakers hope will become China’s version of Nasdaq and a cradle of future Chinese technology giants, is embracing a big round of reform.

The reform is designed to change the fundamental rule of new share sales by introducing the registration-based initial public offering system on the board with an emphasis on information disclosure and market-based pricing.

On June 12, after soliciting public opinion on the draft rules, the country’s securities regulator announced the official rules and regulations for the new IPO system. And from June 15, the Shenzhen Stock Exchange began accepting new IPO applications under the registration-based system.

Analysts and securities brokerages expect that the first batch of IPOs under the new listing system will be made in August.

Regulators, investors and industry experts have been hoping that the reform will bring about a fundamental transformation of the board by injecting new energy into the Shenzhen stock market, which has been competing with Shanghai and Hong Kong to attract promising and valuable innovative companies.

There have been concerns that ChiNext’s role as the country’s hub for incubating young and promising tech companies may be undermined by Shanghai, which first experimented with the registration-based IPO system on its technology-focused STAR Market last July.

But such concerns were soon dispelled after policymakers decided to replicate the successful practice in Shanghai in a wider marketplace.

ChiNext’s new IPO system will underscore China’s consistent pursuit of reform to boost the role of the capital market in serving the country’s economic development.

A recent top-level meeting presided over by President Xi Jinping stressed the need to improve the fundamental system of the capital market. The larger goal is to build a “disciplined, transparent, open, vibrant, and resilient” equities market.

The timing of the reform is also crucial. It has been launched when the country is battling the impact of the COVID-19 epidemic. Many businesses, especially smaller firms, are struggling with financial difficulties and capital shortages.

The crisis has not derailed China’s effort to accelerate the capital market reform. Preparations have been on for months for the launch of the IPO reform. The internal business process was in place and technical preparations were completed well in advance, said Wang Jianjun, chairman of the Shenzhen Stock Exchange.

It is expected ChiNext’s IPO reform will help channel more funds into the country’s capital-strained small and micro innovative companies and help enhance corporate capabilities to address the economic challenges posed by the COVID-19 epidemic.

On a broader scale, the reform is an example of the country’s effort to deepen supply-side structural reform in the financial industry with the goal of improving the services of the overall financial sector in order to provide additional momentum to the country’s economic growth.

“There is a stronger need for reform when there is a crisis. And the launch of the market-based IPO reform shows that China will continue to use reform to resolve its development problems,” said Li Zhan, chief economist with Zhongshan Securities. 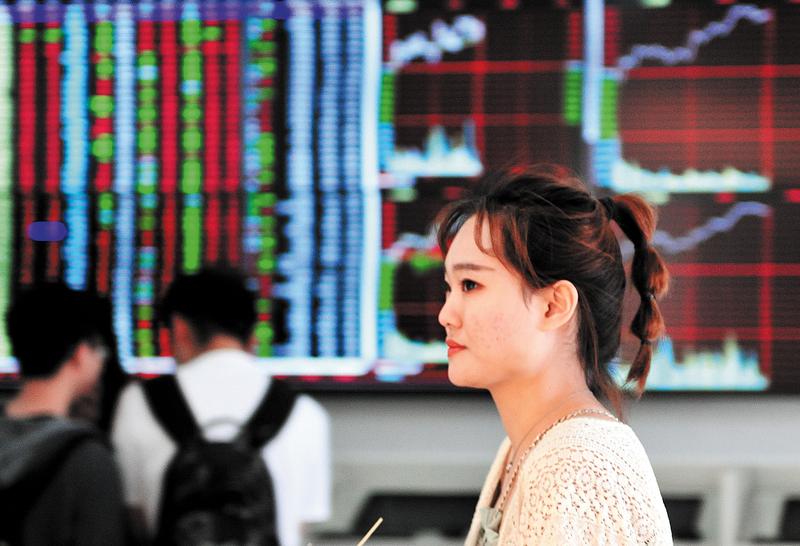 The ChiNext reform will further boost the market efficiency and the role of the capital market in serving the economy and it will also improve the financing system of the market and help lower the economy’s leverage ratio, Li said.

Under the new listing system, companies that seek to float shares on the ChiNext board will no longer need approval from the securities regulator. Instead, the stock exchange will review companies’ IPO applications based on information disclosure rules and the market will have greater say in the pricing and timing of the new share listings.

The reform will further streamline the listing requirement for companies on ChiNext and pave the way for loss-making firms to float shares in the market.

Dong Dengxin, director of the Finance and Securities Institute at the Wuhan University of Science and Technology, said that the reform will make ChiNext more friendly to IPOs of innovative firms, especially those of small and medium size.

“This will be critical for the real economy as many smaller companies face difficulty in getting finance due to the fallout of the COVID-19 outbreak,” he said.

China launched the ChiNext board in Shenzhen in 2009. The board is now home to 817 companies with total market capitalization of about 7.7 trillion yuan (US$1.1 trillion) as of June 19.

To complement the IPO reform, the Chinese securities regulator and the Shenzhen Stock Exchange also announced a series of arrangements to further improve the delisting process and trading rules.

For example, the reform has enriched the criteria for companies to be delisted from the board and further simplified the process, which will help improve the market efficiency by eliminating persistently loss-making zombie companies and shell companies.

The reform also involves changes to the trading rules, including expanding the daily trading limit from 10 percent to 20 percent.

Experts have been calling for stronger regulations to govern corporate information disclosures as these are at the core of the successful practice of IPO reform.

“One of the most important tasks for the regulator is to step up regulation of the information disclosure of listed companies. We need to increase not only the accountability of the listed companies but also the responsibility of intermediary agencies to ensure they carry out proper due diligence,” said Yang Chengzhang, a national political adviser and chief economist with Shenwan Hongyuan Securities.

“ChiNext will need to continue to explore ways to improve its IPO system based on the experience of the STAR Market in Shanghai. It requires further improvement in the areas of listing process, trading rules and delisting process to make the system more market-driven with the rule of law and more in line with international practice,” Yang said.

Analysts believe the IPO reform would mean that companies will have easier access to capital in the equities markets. It will also mean a fresh wave of investment opportunities for investors.

The recent accounting scandal and financial fraud of US-listed Chinese coffee maker Luckin Coffee Inc has triggered stricter US regulatory scrutiny of Chinese companies and thus has prompted more technology firms to seek listings or re-listings on the Chinese mainland and/or in Hong Kong.

For instance, US-listed Chinese firms JD and NetEase have both completed secondary listings in Hong Kong. E-commerce company JD’s Hong Kong-listed shares made their trading debut on June 18. And the first trading day for internet giant NetEase’s Hong Kong shares was a week earlier on June 11.

Wendy Liu, head of China strategy at Swiss bank UBS, agreed the ChiNext IPO reform may allow more companies to return to the A-share market although it remains to be seen if the expectation would come to pass.

Liu said the A-share market has relatively ample liquidity but lacks good quality investment targets. A more efficient and convenient IPO system will help increase the number of investment targets. And a streamlined delisting process will also help lift the overall quality of the listed companies, she said.