Writers explore a galaxy of plots 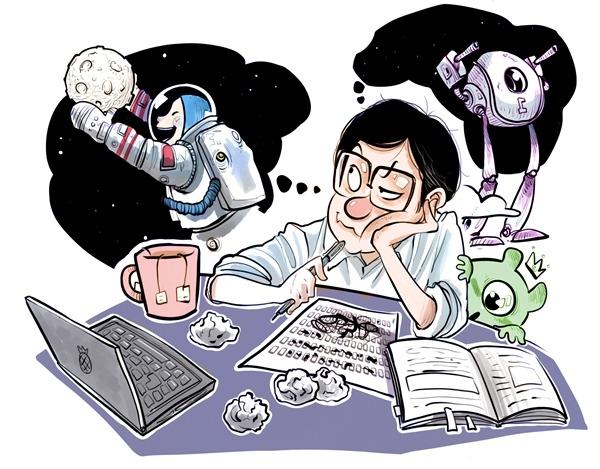 Their work is out of this world. They have a universe of scenarios at their fingertips. Sci-fi writers have the ability and freedom to depict situations that in any other genre would be easily dismissible. "We can create completely new worlds to explore themes like nuclear disasters," says Japanese sci-fi writer Taiyo Fujii, talking about the first sci-fi story he wrote, Gene Mapper, a story about gene modification.

So I want to use science fiction to show how we should face the world, science and technology

Fujii started writing science fiction after a 9-magnitude earthquake hit eastern Japan in March 2011, leading to the Fukushima nuclear power plant meltdown. He found news reports were misleading. His concerns that the media was magnifying the fear and this would ultimately kill more people than the disaster itself later turned out to be true. An elderly man committed suicide in despair, fearing that he could never go back home.

"So I want to use science fiction to show how we should face the world, science and technology," the 49-year-old says.

Fujii is one of the 13 writers participating in this year's Science Fiction New Year Gala that began on Jan 20 and ran until Feb 1. Organized by the Future Affairs Administration, a sci-fi business company, the gala aims to provide sci-fi content for readers during China's most important festival when hundreds of millions of people travel across the country back to their hometowns for the annual reunion with families and friends. 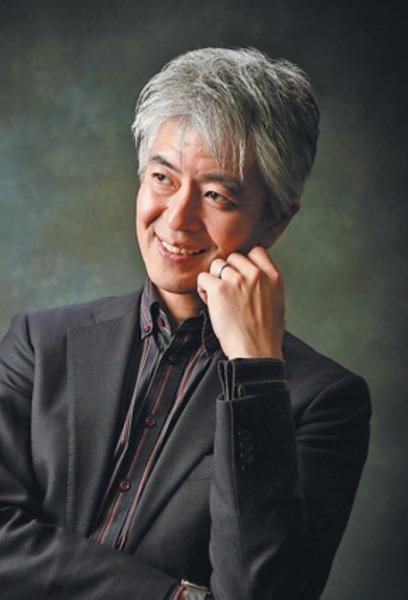 Since 2016, sci-fi writers from home and abroad have been invited to create short stories according to themes required by the FAA, all closely related to Spring Festival.

In the last four years, more than 50 writers from seven countries and regions have published more than 80 short stories on platforms such as the FAA's WeChat and Sina Weibo accounts, and Bucunzai (Non-exist Daily), an online science fiction news journal. These include well-known sci-fi writers Liu Cixin, Ken Liu, Hao Jingfang, Han Song, Li Yi and Fujii.In 2016, it was about "How Aliens Observe the Tradition of Spring Festival". In 2017, the inspiration came from the Spring Festival gala, produced by China Central Television, that is broadcast on Lunar New Year's Eve. In 2018, the key words were "Beijing West Railway Station", from where, each year, hundreds of thousands of people in Beijing head back home. Last year it was "Hometown Odyssey".

The gala provides a different perspective for people to observe one of the oldest traditions on Earth, from the viewpoint of the future against the backdrop of the whole universe.

Sci-fi writer Li (whose pen name is Wan Xiang) says that the gala has helped to develop a fictional genre with loose boundaries. He agreed with the organizer's interpretation that "this gala has developed its own unique aesthetic value by combining local Chinese stories with all kinds of eccentric sci-fi images, boldly but seamlessly".

The theme for this year is "The Rule of a Happy Meeting Moment".Writers must explore the meaning of the keyword guanxi (relation or relationship).

"When you go back to your hometown during Spring Festival, you will meet not only your parents, but also many other relatives, former classmates and teachers," explains Liu Yao, editor of Bucunzai. "You might see the fast pace of changes in your hometown and maybe your family cat which will barely recognize you. It is almost the only time you can meet all of them.

"We want writers to capture these touching moments to represent the truth of ordinary but powerful relations, whether it is between family members, friends, or between someone and their hometown, or between people and science and technology." 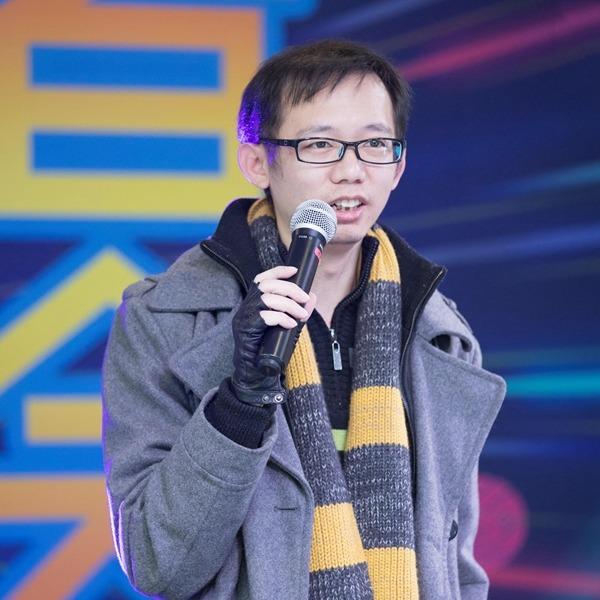 In Fujii's story Just Like Migratory Birds, even when human beings have moved to outer space far away from Earth, emotional connection still urges Chinese space migrants to conquer scientific barriers to build transportation fast enough to travel between Earth and other planets. This reflects "in reality how Chinese people have constructed the efficient high-speed rail network", he says.

In his novel, different relations-between humans and science, that of lovers, space migrants and their hometowns, new technology and old traditions-are explored in the romantic story between a Japanese researcher of migratory birds and her Chinese lover.

Sci-fi writer Li understands guanxi from the perspective of the universal rule that the gravity between two points far away from each other will change as they move closer. "During Spring Festival, relations change as people move," he says, adding that "all interesting things are caused by change".

In his story Tonight, They Will Wake Up, Li metaphorically uses an alien perspective to explore the guanxi between Chinese traditions and foreign ideas rushing in from developed countries. In the story, interested in Chinese traditional culture, aliens from an advanced civilization that have no physical structures sneak aboard a spaceship full of Chinese people, possess their bodies, absorb their memories and live there. As the Lunar New Year's Eve approaches, however, homesickness gradually revives memories and weird things start to happen.

"This is a story about identity and a different way to see the world. My challenge is how to combine the thrilling effect with humane warmth in this story about Spring Festival," Li says.

Liu Shuying (whose pen name is Zhou Wen), 24, is a rising sci-fi writer. Her short story Silent Syllables won the China Science Fiction Readers' Choice Award in 2018.Another one The Girl That Stole Someone Else's Life won the Terran Prize for 2019, a prize founded by US writer George R.R. Martin of Game of Thrones fame.

In the story Butterflies of Language published on Bucunzai, language appears as butterflies in the eyes of the narrator, a young Chinese woman studying in the United States. In order to realize the dream of her beloved maternal grandmother who was fatally ill, she tries to create a language butterfly effect to influence a host of the Spring Festival Gala, the TV event watched by hundreds of millions of Chinese people on Lunar New Year's Eve. 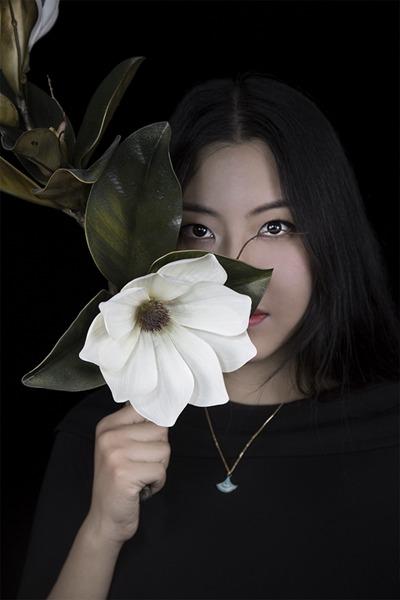 As a student of the English language and translation, Liu Shuying wrote about social media's negative influence on language and people's minds. She explored the relationship between language, new technology, and humanity in the age of social media when people tend to coin expressions that can go viral in a short time at the cost of language, and, sometimes, humanity.

So far, the published stories have seen more online readers compared with those of last year, partially due to the outbreak of the coronavirus, says Liu Yao.

In order to stop the virus from further spreading during the world's busiest travel rush, most Chinese people have managed to reduce their outdoor activities and travel plans.

"The novel coronavirus has driven Chinese people into a sci-fi movie," says Liu Shuying. "The fast-spreading virus, panic and prevention measures have all been depicted in numerous sci-fi works, so readers may have a better understanding of the situation and the suffering of people on the whole, and panic less. Heroic characters in these fictional works can also inspire people to act and help others in reality."

Li shares the view. "Science fiction can accelerate the process for us to understand a complicated system using fictional experiments which are full of mistakes, repeated problems and difficulties," he says.

"When the virus broke out, people compared the reality to the plots of sci-fi stories. Thanks to science fiction, in which humans pay high prices for their mistakes, we may experience less failure and misfortune."

Ji Shaoting, founder of the FAA, says: "At the moment, we need the sci-fi spirit to reflect on the current situation and predict the future, since the function of science fiction is to help people to think about the guanxi among people and between people and their surroundings in new situations."