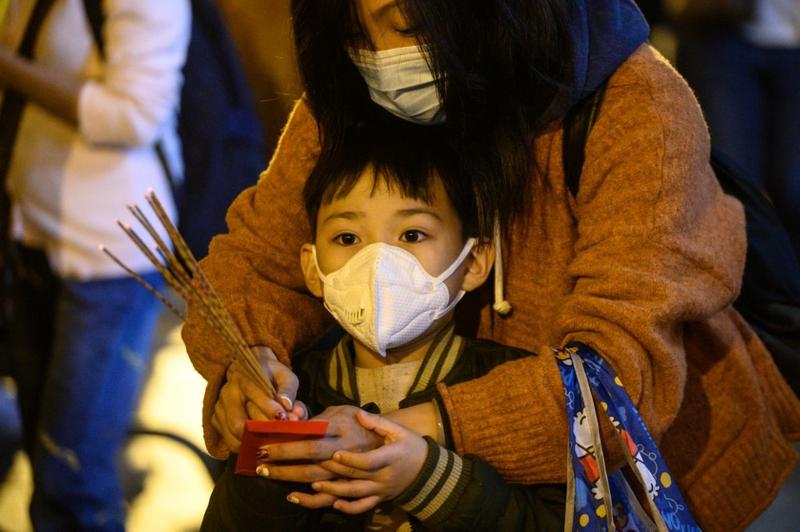 HONG KONG - The Hong Kong government on Friday night confirmed three additional imported cases of novel coronavirus infection. With two cases being confirmed earlier, this brings the total number of cases in the city to five.

HKSAR Chief Executive Carrie Lam Cheng Yuet-ngor said on Saturday morning at Hong Kong airport after coming back from attending the annual meeting of the World Economic Forum in Davos that health safety of the public is her government's first priority. She added that a high-level meeting on the pneumonia situation will be held later Saturday.
At a press briefing on Saturday morning, a representative of the Hospital Authority said the city has recorded an additional 62 suspected cases, including 5 cases involving medical staff, as of  Saturday morning. Of all patients suspected to have the novel coronavirus, 107 remain in hospital.

As of Friday noon, Hong Kong's Centre for Health Protection received reports of 239 suspected cases and 5 confirmed cases since Dec 31, 2019, with 122 patients already discharged with no novel cotronavirus found in them.

According to a government statement, the three latest patients, two women and man, are all residents of Wuhan, Hubei province. All of them have been admitted to an isolation ward and are now in stable condition.

READ MORE: WHO: Coronavirus outbreak not yet global health emergency
A 62-year-old female patient had travelled from Wuhan to Shenzhen and then from Shenzhen to Hong Kong by high-speed rail on Jan 19. After developing fever and cough on Jan 20, she sought medical attemtion at Tuen Mun Hospital’s accident and emergency (A&E) department on Jan 23 and was sent to the isolation ward on Jan 24.

She had visited a wet market in Wuhan and a relative with cough in a hospital there during the incubation period, but had had no exposure to wild animals. Preliminary investigations revealed that she came to Hong Kong with her husband to visit their daughter and son-in-law and stayed at South Hillcrest in Tuen Mun. Her husband, daughter and son-in-law are asymptomatic and will be transferred to Lady MacLehose Holiday Village to be quarantined.

The other two patients are a couple - a 62-year-old woman and a 63-year-old man. They arrived in Hong Kong by high speed rail from Wuhan around 8 pm on Jan 22. After developing symptoms such as fever and cough, they went to Prince of Wales Hospital’s A&E department on Jan 23 and were thereafter isolated from other patients.

These patients told officials that they had not visited any health care facility, wet market or seafood market during the incubation period, nor did they have any exposure to wild animals or poultry. They also said that they hadn't come into contact with patients with symptoms of pneumonia or upper respiratory tract infection.

Preliminary investigations revealed that the couple stayed at Lake Silver in Ma On Shan with their daughter and a domestic helper. Their daughter has developed fever since Jan 23 and will be transferred to Prince of Wales Hospital's isolation ward. The domestic helper is asymptomatic and will be transferred to Lady MacLehose Holiday Village to be quarantined.

On Friday night, President of the Centre for Infection at the University of Hong Kong Ho Pak-leung quoted Yuen Kwok-yung, a leading epidemiologist, as saying that the novel coronavirus had a very high attack rate in family clusters and in Wuhan, it was as high as 83 percent.

The next few days could be the last window of opportunity to stop the infection from spreading in Hong Kong as in infected but so far asymptomatic patients from family cluster who have travelled to the city, the disease is still in the incubation stage.
As of Friday noon, the CHP received reports of 239 suspected cases and 5 confirmed cases since Dec 31, 2019, with 122 patients already discharged with no novel cotronavirus found in them.

The HKSAR government has activated the serious response level in its contingency plan to prevent the spread of the infectious disease. It has enhanced the monitoring of suspected cases, started mandatory collection of health declaration forms from inbound air and rail travelers, and canceled festive events for the Lunar New Year celebrations.