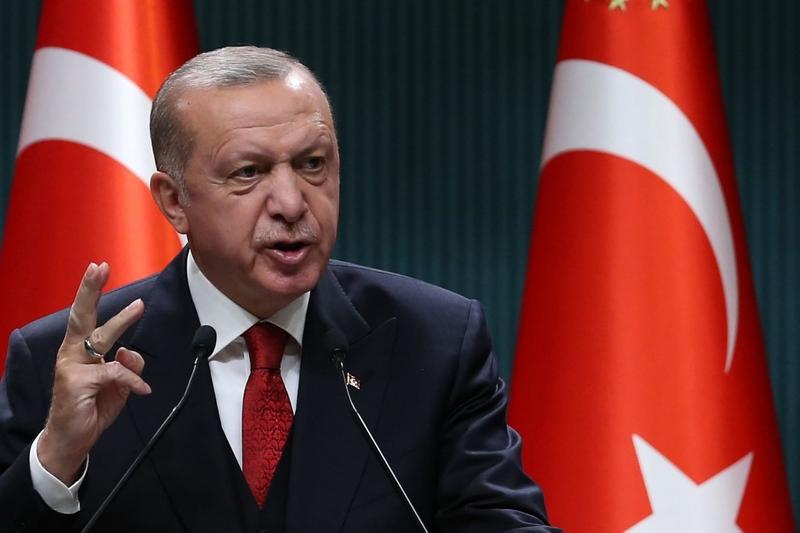 President of Turkey, Recep Tayyip Erdogan gestures as he gives a press conference after the cabinet meeting at the Presidential Complex in Ankara, Turkey, on Sept 21, 2020. (ADEM ALTAN / AFP)

"As a result of testing, analysis, and detailed engineering work, another 85 billion cubic meters were added to the reserves we had discovered," Erdogan said onboard the Fatih drillship in the Black Sea.

"Total amount of natural gas reserves in the Tuna-1 well in Sakarya Gas Field reached 405 billion cubic meters," he added after his inspections at the ship.

The Fatih vessel started its drilling activities in late July in an exploration zone known as Tuna-1 off the northern Zonguldak province in the Black Sea region.