In a pandemic year, Mexico's Day of the Dead will be more subdued 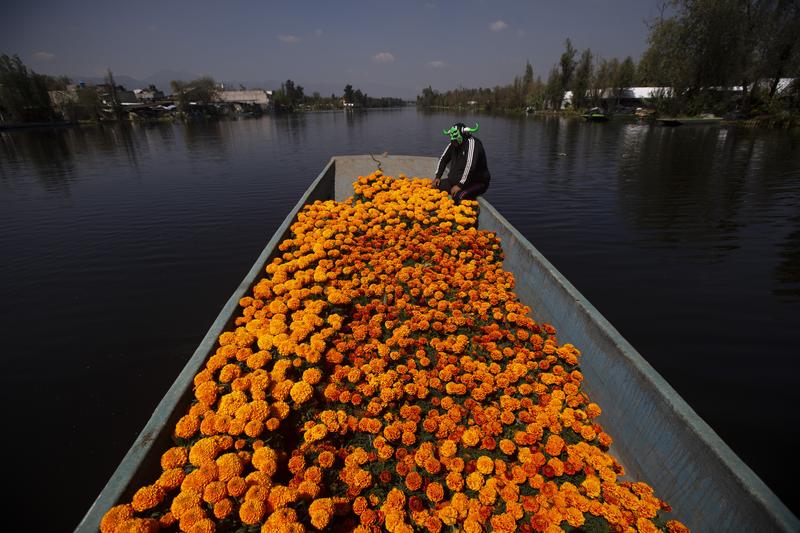 People shop for marigold flowers in the Xochimilco flower market, on the outskirts of Mexico City, Oct 14, 2020. (PHOTO / AP)

MEXICO CITY - Marigolds, known in Mexico as “the flower of the dead” for a scent believed be strong and sweet enough to attract souls and draw them back, are generally all around by mid-October as the Day of the Dead approaches.

But with the country exceeding 85,700 official deaths from the coronavirus pandemic this year, the bright, orange color has not been as prominent as Mexican authorities have said cemeteries will remain closed for the Nov 2 celebration.

“There have been a lot of losses this year,” said Concepcion Cruz, who cultivates marigold in Mexico City. She said only about half as many of the flowers are being grown this year as would have been planted normally for the annual holiday.

Ratcheting back the celebrations is a sacrifice that must be made if Mexico is to curb the spread of the pandemic, said Columba Lopez, director of Mexico City’s Commission for Natural Resources and Rural Development.

Ratcheting back the celebrations is a sacrifice that must be made if Mexico is to curb the spread of the pandemic, said Columba Lopez, director of Mexico City’s Commission for Natural Resources and Rural Development

“People have to stay at home,” he added.

The Day of the Dead tradition blends Catholic rituals with the pre-Hispanic belief that the dead return once a year from the underworld.

Cemeteries, public gardens and houses light up in the bright, orange color as marigolds are planted everywhere in October. 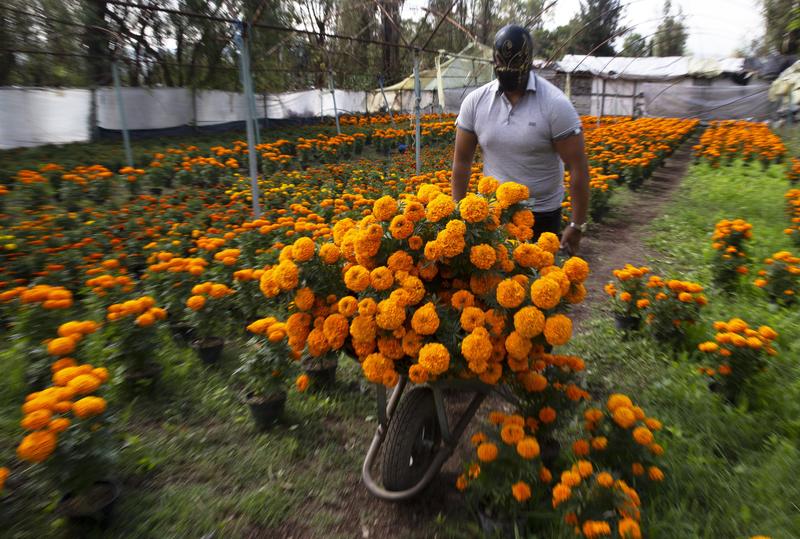 Mexican wrestler "Ciclonico" uses his mask to remain unidentified as he pushes a wheelbarrow of marigold flowers in the famous floating gardens of Xochimilco, on the outskirts of Mexico City, Oct 14, 2020. (PHOTO / AP)

In their homes, Mexicans build altars adorned with photographs of the deceased, marigolds, candy sculls, papier-mâché skeletons and chocolate coffins.

The dead are also offered their favorite food, pastries, tequila and cigarettes - or whatever might entice them to return from the underworld.

With cemeteries closed but more dead to remember this year, Mexicans are planning more private remembrances for their loved ones.

“This year is very special because my family members died of COVID-19,” said Dulce Maria Torres, who was buying flowers at a traditional market in the Mexican capital. “It’s important to me and we want to make them a beautiful offering.”