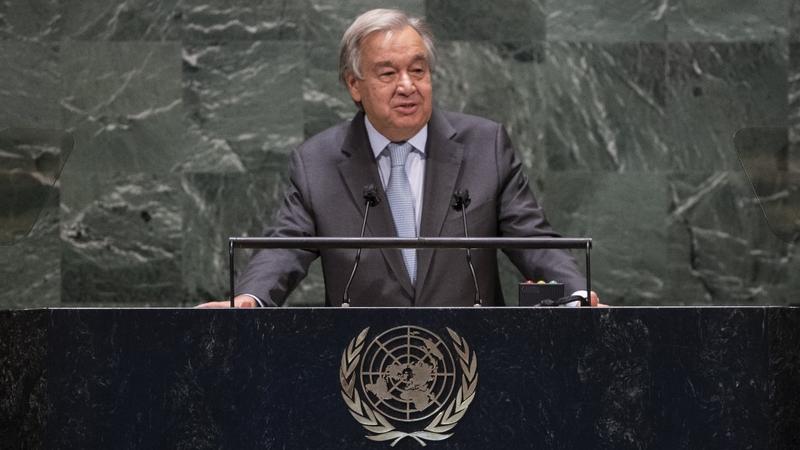 LISBON / UNITED NATIONS - A divided world has failed to rise to the challenge of fighting the COVID-19 pandemic, UN Secretary-General Antonio Guterres said on Saturday and warned concerted action was needed to prevent millions of people being pushed into poverty and hunger.

The former Portuguese prime minister said far more could have been done if countries had worked together to combat the disease, which has killed more than one million people.

The former Portuguese prime minister said far more could have been done if countries had worked together to combat the disease, which has killed more than one million people

“The COVID-19 pandemic is a major global challenge for the entire international community, for multilateralism and for me, as secretary-general of the United Nations,” Guterres told Portuguese news agency Lusa.

“Unfortunately it is a test that, so far, the international community is failing.”

He said that if coordinated measures were not taken, “a microscopic virus could push millions of people into poverty and hunger, with devastating economic effects in the years to come”.

Guterres also criticized countries for a lack of unity in trying to solve other global challenges including the conflicts in Afghanistan, Yemen and Syria.

“It is a source of enormous frustration,” he said.

More than 39 million people have been infected by COVID-19, according to a Reuters tally based on official disclosures. Infections have been reported in more than 210 countries and territories.

Guterres also called on the international community to stand in solidarity with people living in poverty.

"On the International Day for the Eradication of Poverty, let's stand in solidarity with people living in poverty, throughout the COVID-19 pandemic and beyond," the UN chief said in his message to the international day, which falls on Oct 17 annually.

"The COVID-19 pandemic is a double crisis for the world's poorest people," he added.

The UN chief said they have the highest risk of exposure to the virus, and least access to quality healthcare.

“Second, recent estimates show the pandemic could push up to 115 million people into poverty this year -- the first increase in decades. Women are at greatest risk because they are more likely to lose their jobs, and less likely to have social protection," Guterres said.

"In these extraordinary times, we need extraordinary efforts to fight poverty. The pandemic demands strong collective action," he added.

“We need a new generation of social protection programs that also cover people working in the informal economy," he said.