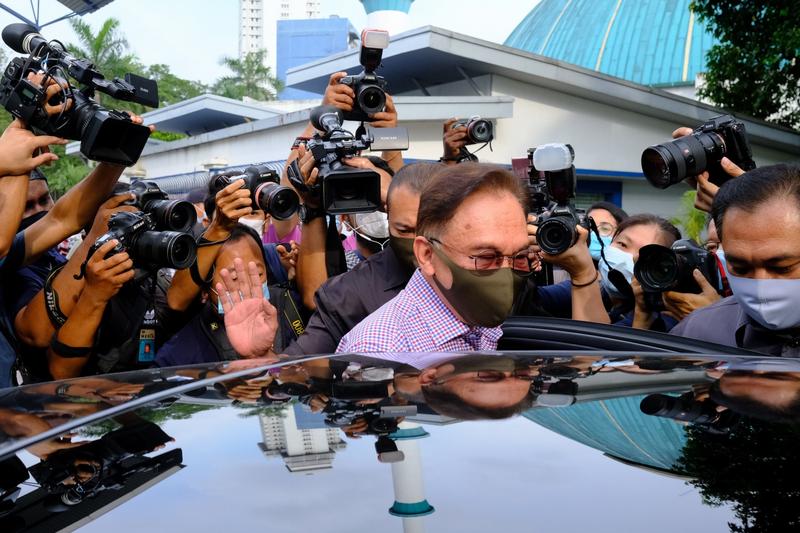 Malaysian opposition leader Anwar Ibrahim reported to police on Friday and gave a statement on issues including sodomy allegations against him and his announcement that the current government had fallen.“The investigations were carried out professionally without any political pressure or orders from any quarters,” Huzir Mohamed, the police criminal investigation department director, said in a statement Saturday.

Anwar was summoned just days after he had an audience with the king to prove he had the support to form a new government. The opposition leader said after his questioning that the investigations were malicious and constituted political harassment.

Anwar is involved in six police cases, Huzir said. They include the circulation of a list of members of parliament who purportedly back him, his press conference on meeting the king and a sodomy case involving a statutory declaration.