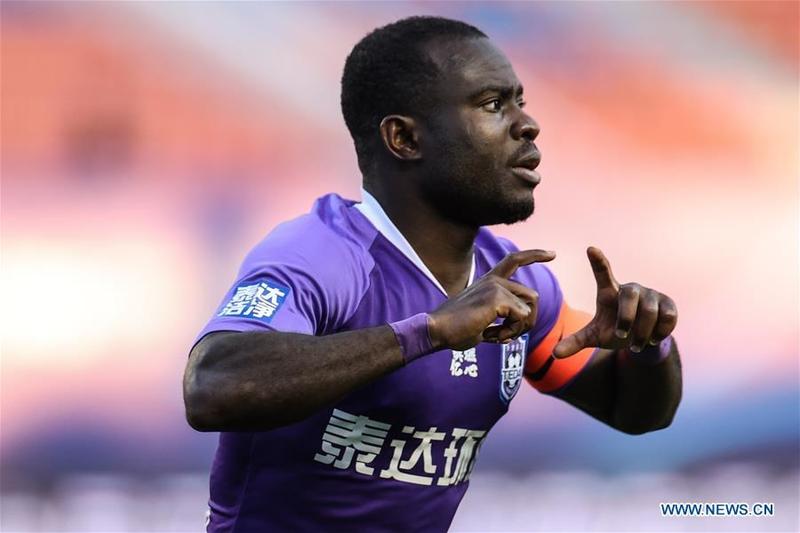 DALIAN, China - With two goals from Frank Acheampong, Tianjin Teda secured a 2-0 victory over Shenzhen FC, its first win of the season, in the first leg of two-game relegation playoffs in the Chinese Super League here on Friday.

The second leg will be played on October 21.

The second leg will be played on October 21

Tianjin broke the deadlock in the third minute when the Ghana striker got an exquisite pass from newly signed forward Tiquinho Soares and scored an open goal after a mistake from goalkeeper Guo Wei.

In the second half, midfielder Zheng Kaimu's lofted ball found Acheampong sprinting into the penalty area and the Ghanaian hit a low drive to make it 2-0.

Shenzhen had a good chance in the 56th minute, but Norwegian international Ole Selnaes's header was blocked by the goalkeeper.

Eight teams have been pitted into the CSL relegation group. After three rounds of matches, the bottom team will be relegated, with the team next to the last having the last chance to make it to the CSL through a two-game playoffs against a team from League One.