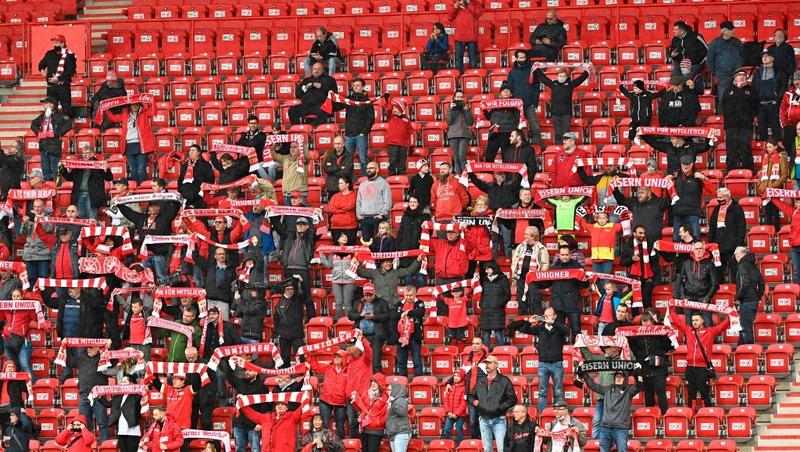 BERLIN - Bundesliga minnows Union Berlin claims to stand for a club life and a team far from the norm. Now the side is proving to be the club for second chances and not afraid to sign unconventional players.

Loris Karius, Max Kruse, and Joel Pohjanpalo have been through all the ups and downs a footballer's life can throw up.

For all three, Union is the last chance to make up for several disappointments when going through hard times on their bumpy journeys with several clubs

All three claim to have chosen the right club after several setbacks and disappointments.

Before their away game against struggling Schalke 04 this Sunday, coach Urs Fischer is pinning his hopes on his new arrivals' ambitions to gain further improvements.

For all three, Union is the last chance to make up for several disappointments when going through hard times on their bumpy journeys with several clubs.

Kruse arrived at Union in poor shape and had to be substituted in the Mainz game (his first) after 60 minutes.

For years, Kruse was known as a footballer enjoying the sunny side of life as often as possible. "I have the feeling of having made the right choice now," he said while fans love his attitude to not only count on strictly professional life.

Pohjanpalo spent most of his career going from club to club on loan. The Finn played for Dusseldorf, Leverkusen, and Hamburg but never managed to breakthrough. Union is his fourth consecutive on-loan stint.

In the case of goalkeeper Karius, fans might remember the 2018 Champions League final when the 27-year-old continued to play despite a concussion and turned into the game's tragic figure.

In the shirt of Liverpool, his fatal mistakes handed Real Madrid the win.

"The time after was hard to take," he admitted. Karius left for Besiktas but returned to Liverpool for a short time. But the wounds of the past seemed a too heavy burden for the former Mainz keeper.

Karius is expected to make his first appearance for Union this Sunday against Schalke.

"I want to prove I am still a good goalkeeper. My good times have been forgotten in Germany," he stated.

The new arrival called the disastrous Champions League final a thing of the past. "I have completed more than 60 games since then, the only ones wanting to still talk about it in the media. For me, everything is done and dusted," Karius commented.

Klopp encouraged him to join Union. "To join an underdog team on a similar level as Mainz is something that gives you excitement as a player," he said.

The goalkeeper joined Union for one season, providing the opportunity to stay if things work well. Wanting to use their second chance seems to unite Union's unconventional trio.