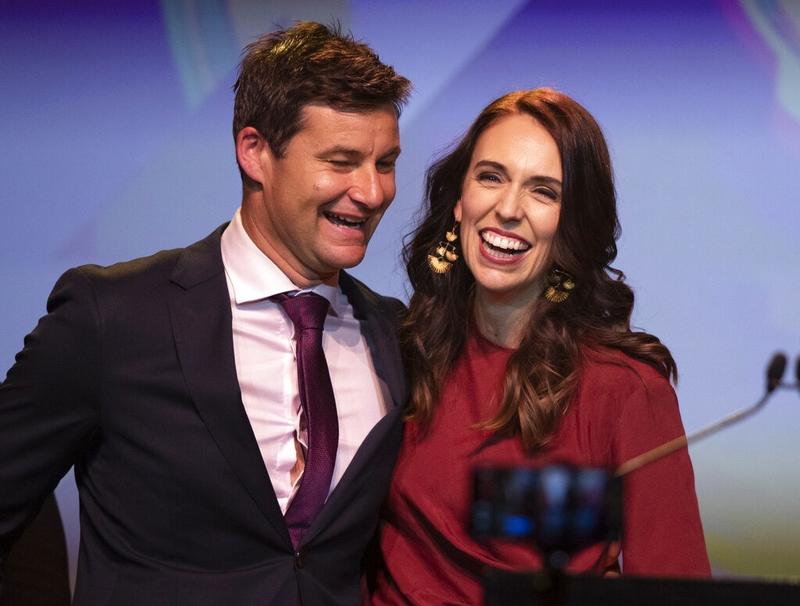 The mandate means Ardern, 40, could form the first single-party government in decades, and face the challenge of delivering on the progressive transformation she promised but failed to deliver in her first term, where Labour shared power with a nationalist party.

“This is a historic shift,” said political commentator Bryce Edwards of Victoria University in Wellington, describing the vote as one of the biggest swings in New Zealand’s electoral history in 80 years.

Labour was on track to win 64 of the 120 seats in the country’s unicameral parliament, the highest by any party since New Zealand adopted a proportional voting system in 1996.

If Labour wins more than half the seats, Ardern could form the first single-party government under the current system.

Ardern came out of her home in Auckland, waved and hugged gathered supporters. Opposition National Party leader Judith Collins said she had called the prime minister to congratulate her for an “outstanding result”.

Labour had 49.0 percent of the votes, far ahead of National at 27 percent, the Electoral Commission said, with 77 percent of ballots counted in an election that was largely a referendum on Ardern’s aggressive handling of COVID-19. 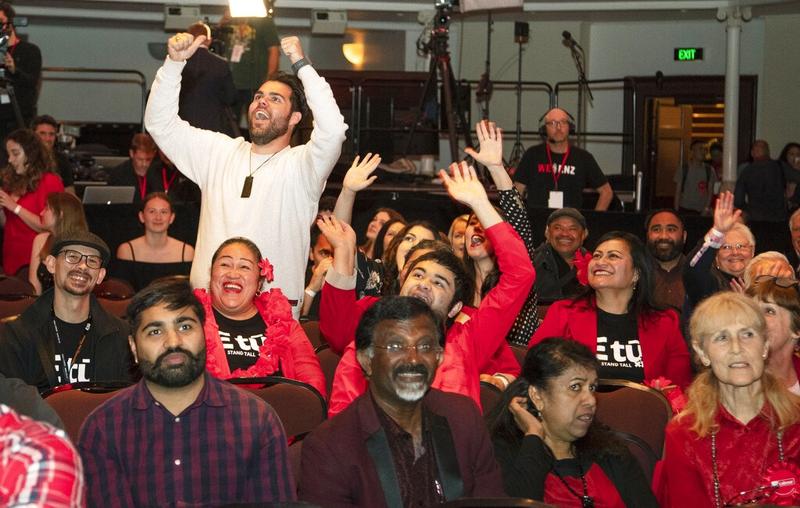 New Zealand Labour Party supporters react as results are showed on a screen at a party event after the polls closed in Auckland, New Zealand, Oct 17, 2020. (MARK BAKER/AP)

“People were very grateful and very happy with how we’ve handled COVID, they like the shape of the plan that we’ve got going forward from here for the economy,” said Finance Minister Grant Robertson, a top Labour MP.

Of Ardern’s current coalition partners, the nationalist New Zealand First Party had 2.6 percent and the Green Party 7.6 percent. If she is unable to form a Labour-only government, she is expected to continue to rely on the minor Greens while jettisoning New Zealand First.

A Labour-Green coalition would be the first fully left-leaning government since the 1970s, a scenario that National’s Collins warned would mean more taxes and an environment hostile to business. 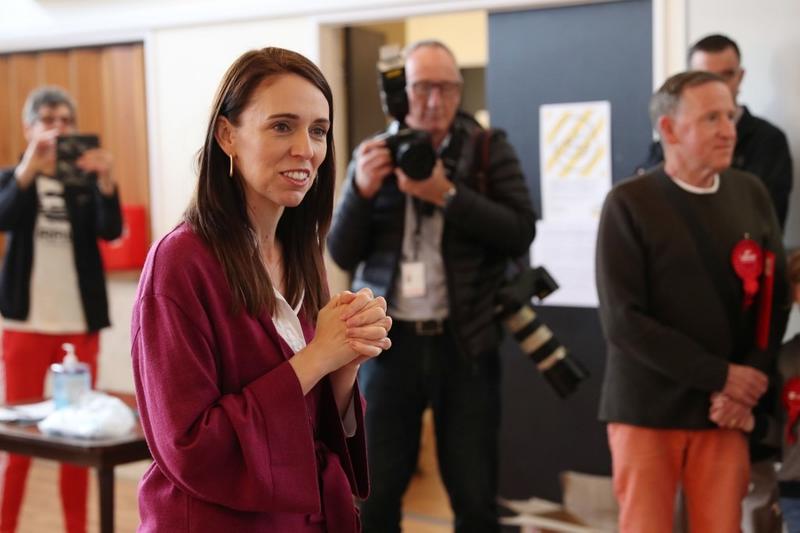 Ardern has pledged to raise taxes on top earners, while Collins promised short-term tax cuts, but they have otherwise shown few major differences on policy.

‘BE STRONG, BE KIND’

The prime minister won global acclaim for her handling of a mass shooting last year by a white supremacist in Christchurch, with her inclusive “be strong, be kind” mantra and swift action to ban guns.

She burnished that reputation this year with a “go hard, go early” approach to the new coronavirus, which has eliminated locally spread COVID-19 in the nation.

The election was delayed by a month after new COVID-19 infections in Auckland, that led to a second lockdown in the country’s largest city. 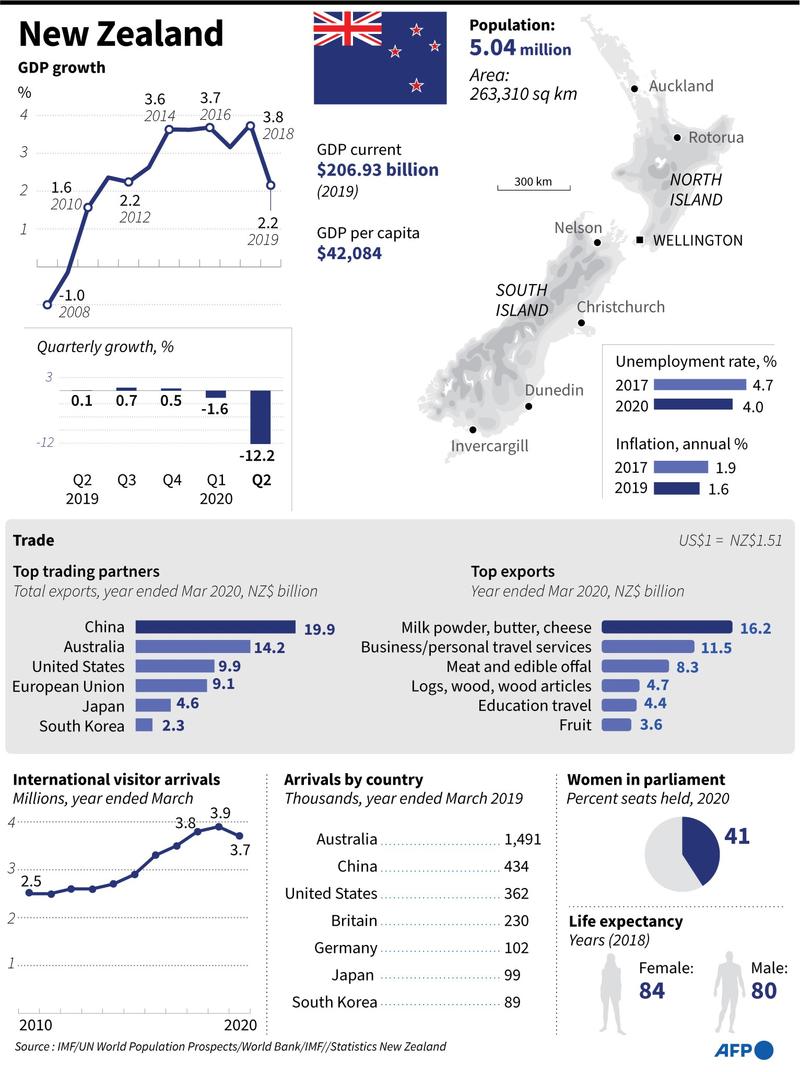 While known internationally for promoting progressive causes such as woman’s rights and social justice, at home Ardern faced criticism that her government failed on a promise to be transformational.

Life is back to normal in New Zealand, but its borders are still shut, its tourism sector is bleeding and economists predict a lasting recession after the harsh lockdowns.

ALSO READ: NZ's Ardern says will step down as party boss if she loses election 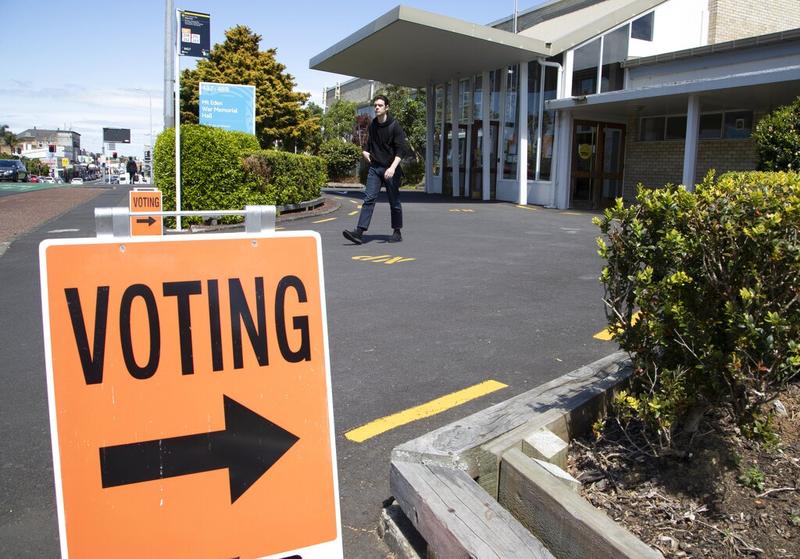 The economy shrank at a 12.2 percent annual clip in the second quarter, its steepest drop since the Great Depression. Debt is forecast to rise to 56 percent of gross domestic product from less than 20 percent before the pandemic.

New Zealanders also voted on Saturday in referendums to legalise euthanasia and recreational marijuana, with results to be announced on Oct 30. The latter vote could make New Zealand only the third country in the world to allow the adult use and sale of cannabis nationwide, after Uruguay and Canada.