Series documents the testing times faced by the class of 2020 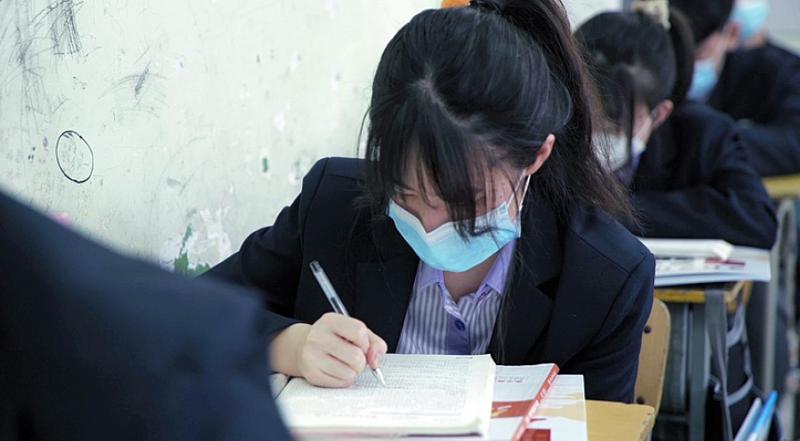 The documentary Gaokao 2020 records how Chinese youngsters and their parents face up to the challenge of the college entrance exam amid the COVID-19 pandemic. (PHOTO PROVIDED TO CHINA DAILY)

In April, when the lockdown of Wuhan, the Chinese city hardest-hit by COVID-19, was lifted, Kang Chengye was shooting a video about Zhang Dingyu, head of Wuhan Jinyintan Hospital. Zhang was seeing off medical workers from around the country who had rallied to help Hubei province.

When the teams left, Zhang returned to the hospital. As a patient of amyotrophic lateral sclerosis, he walked with a limp. Seeing his stumbling figure, Kang says he suddenly felt that although the city was recovering from the outbreak, the impact continued.

To show what the post-pandemic world would look like, Kang has contributed to a documentary about this year's gaokao, the national college entrance exam.

His 12-minute video about a twin boy and girl, who sat the exam, is an episode of the series Gaokao 2020 that was shown on Xinjiang Satellite TV and streaming sites Bilibili and iQiyi. The documentary was produced by China Review Studio of China Report Press. The English version will air on National Geographic in October.

Other than Kang's episode, the documentary has four other episodes, all shot by foreign filmmakers who live in China, recording different Chinese students' experiences of this year's exam in Beijing, Shanghai, Nanjing in Jiangsu province, Ordos in the Inner Mongolia autonomous region and Wuhan.

"Living in Wuhan, their gaokao was tremendously affected this year, but they still faced up to the changes in a positive way. I see the power of hope in them," says Kang.

Mitchell Farkas from the United States has made the third episode, I Am Not Alone, which tells the story of Zhao Nanyin, a student with a talent for volleyball who sought admission to a sports major at university after taking one more sports test after the academic tests in gaokao. 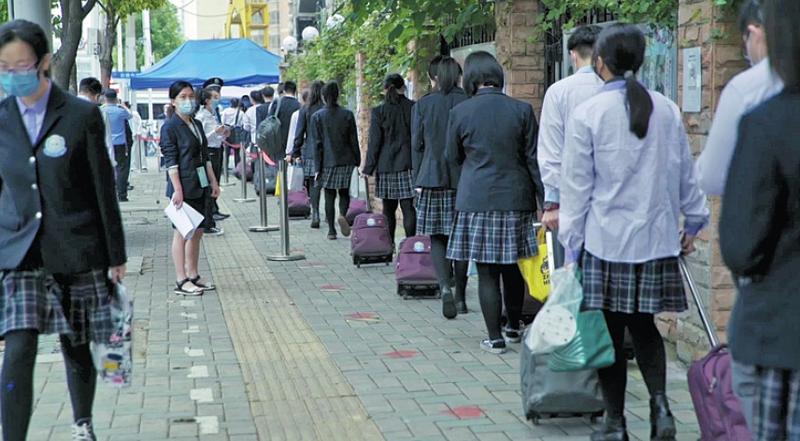 The documentary Gaokao 2020 records how Chinese youngsters and their parents face up to the challenge of the college entrance exam amid the COVID-19 pandemic. (PHOTO PROVIDED TO CHINA DAILY)

Farkas records how Zhao prepared for the exam with the help of her father, while her mother, a nurse at a Beijing hospital, was busy working with other medical workers to contain the outbreak.

Farkas says people "don't really see what that sacrifice is" even if they talk about how much sacrifice has been made since the pandemic started.

"In this episode, we show the mother totally devoted to her job. Although her daughter, Zhao, hoped her mother would stay with her when she was preparing for the important exam, she understood that her mother had a bigger job to do, meaning that Zhao's father did all the extra housework without any complaint," he says.

"It seemed to be hard for all of them: The mother had to work all the time, the daughter could not get her mother's guidance, and the father had to do double the work and give up his spare time. But I actually see a lovely three-person story (emerge) from the family, and that is a very powerful idea. They are a very good team, and each part of the team is stronger when they work together."

Zhao makes a good character for the documentary on the exam, not only because of her family but also her wish to learn sports, Farkas says.

"As Chinese society develops, students have more opportunities to study more diverse things as they wish, like sports and arts rather than just academics. I like that, and I believe diversity is a symbol of a good society," he adds.

Speaking about the need to make the documentary, Jin Qingxiao, its general producer, says, "In the past several months, our country did a good job in controlling the pandemic, so that this year's gaokao could be held.

"We wanted to record the stories of the students, and how the exam was organized through the effort of society against the backdrop of COVID-19."

The perspective of foreigners in storytelling enables the audience to understand the exam in a more complete way, he adds.