Ending poverty on road to a better future 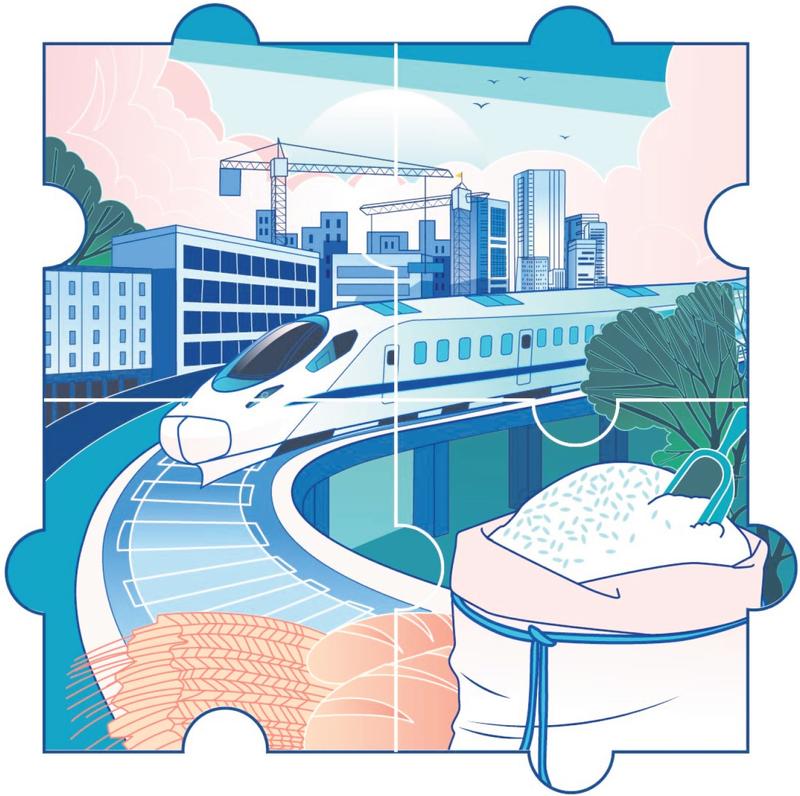 The impact of the COVID-19 pandemic on health, employment, incomes and on access to essential public services is still rippling across the world, and the harshest impact is being felt by the world's poor and vulnerable population groups. For the first time since 1998 the number of people living in extreme income poverty is rising; it has already increased by 96 million. About 47 million of them are women and girls, according to a new UN study.

The final increase could be worse, depending on future economic developments. Informal sector workers, persons with disabilities, older people, rural smallholders, people with chronic health conditions, the same groups which were known to be most vulnerable to shocks prior to COVID-19 are now being left further behind. The UN's World Food Programme has estimated that the number of people facing severe hunger will increase by about 130 million this year.

Furthermore, the United Nations Children Fund, (UNICEF), released a new report in September that estimated that, as a result of the pandemic, about 1.2 billion children are now living in multidimensional poverty, a 15 percent increase from a year earlier. When children lose access to water, sanitation, housing, nutrition, education and healthcare, humanity's future development is being put at great risk.

The fact that this global poverty crisis is unfolding as China prepares to mark the final steps of a multi-decade effort to eradicate extreme rural poverty makes this milestone even more meaningful for all of us.

Next steps in the fight against poverty

The successful implementation of China's targeted poverty alleviation program, culminating this year in lifting out of poverty the last of the 89.6 million rural poor identified in 2014, is a remarkable accomplishment. Many of them were living in the most remote regions of the country, cut off by distance and arduous topography from the benefits of the rapid economic growth that helped reduce poverty elsewhere in the country. This achievement is a major contribution to global efforts to advance progress on SDG 1, to end all forms of poverty everywhere, and especially on target 1.1, eliminating extreme income poverty.

Completing this program in the face of the impact of COVID-19 has been an uphill battle and we are encouraged by the government's resolve to stand by its commitment to end extreme rural poverty even in the most severe phase of the pandemic.

The UN has been proud to be a partner of the Chinese government in its rural poverty alleviation efforts over the last decades, and in recent efforts to contain the impact of COVID-19 on China's poor people. We are committed to working side by side with our Chinese partners in designing support for the next phase of China's poverty alleviation agenda, to protect the gains of the past and tackle a series of new and complex challenges.

The first challenge is the continued social and economic impact of COVID-19 on vulnerable Chinese population groups. Many, particularly the self-employed and workers in the informal and service sectors, a disproportionate number of whom are women, are still at risk of falling (or will have fallen) into poverty, even extreme poverty as defined by the current Chinese standard of 3,218 yuan (US$478) per year.

The differentiated impact of both the lockdown and the recovery on different sectors of the economy and population groups is evident in recent data. A recent UN household survey in poor countries found that wage employees, who were already a relatively better protected group in terms of income security and access to social insurance, suffered a markedly smaller reduction in income than those in the informal sector.

And whereas children in cities and from wealthier households were able to transition relatively smoothly to online classes, the survey found that for some poorer children in rural areas, the quality of schooling declined. These were children for whom prospects of high-quality education were already lower before this year; now they have fallen further behind their urban peers.

The second challenge is redefining poverty in ways that are most appropriate for post-2020 China: a majority urban country, with per capita GDP that exceeds US$10,000; with differences between urban and rural areas, and within cities; and by factoring in non-income dimensions of poverty, such as access to good quality housing, healthcare and education that are at least as important as shortage of monetary income. The wording of SDG 1 is ambitious but unambiguous:"End Poverty in All Its Forms Everywhere."

This is the goal the global community, including China, set for itself in 2015. Urban poverty is increasingly being acknowledged and addressed, alongside rural poverty. Application of the World Bank US$5.50 a day (38.5 yuan a day) upper middle-income country poverty line can be considered, as well as relative poverty lines that capture internal inequality and multidimensional poverty definitions that look at the key non-monetary dimensions of well-being.

Poor most vulnerable to natural catastrophes

Third, ending overall poverty and fighting future pandemics (among other risks) will also depend on the ability to protect the environment and combat climate change. This is vital as many jobs especially in the agricultural sector, which still constitute 25 percent of all employment in China, depend on healthy ecosystems while it is the poor and near poor who are most vulnerable to the impact of natural catastrophes.

China's experiences of the last 40 years, and especially during the targeted poverty alleviation program, provide ample reason for confidence in its capacity to realize an ambitious new post-2020 poverty agenda and to make an even greater contribution to the full realization of SDG 1 by 2030.

We at the United Nations in China congratulate the country on what has been achieved to date and extend our full support to future efforts in ending all forms of poverty, and ensuring that development is inclusive and sustainable for all people in China.