By Liu Weiling and Xing Yi

Once a sleepy island known only as a tranquil getaway for Shanghai residents, Chongming Island is now gearing up to be the country's capital for everything floral, Liu Weiling and Xing Yi report in Shanghai. 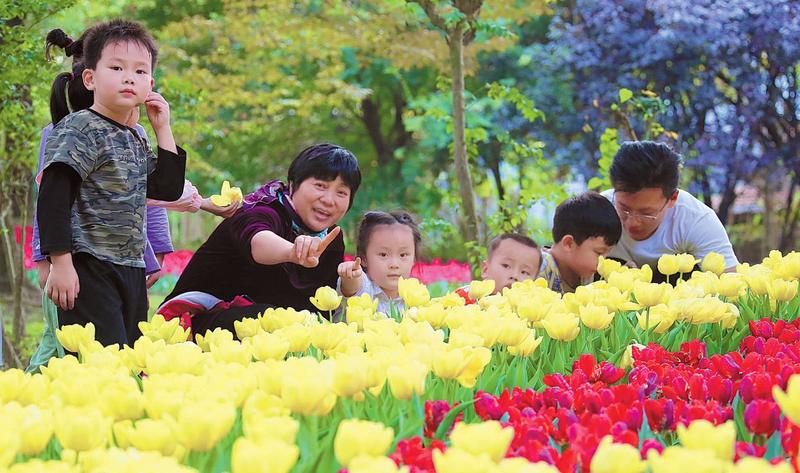 Tourists visit the tulip show held during the National Day holiday on the Chongming Island in Shanghai. (PHOTO PROVIDED TO CHINA DAILY)

To celebrate the National Day holiday, the Chongming government and Orient International Shanghai Flower Development Co put up a spectacle that would normally be possible only in spring－a mega showcase of 1.8 million colorful tulips covering 6 hectares.

As tulips normally bloom in spring, the organizers had to subject the flowers to a special cold treatment that made it possible for them to bloom in autumn.

The feat can be considered a reflection of the island's expertise in growing flowers and the reason why it was chosen as the host venue for the 10th China Flower Expo, which will take place on the island from May 21 to July 2 next year.

"The China Flower Expo poses a great opportunity for us," said Party chief of Chongming district Li Zheng, during the opening ceremony of the tulip show.

"We will leverage Chongming's good environment resources and step up efforts to attract more investment for our modern flower industry," he says.

Formed by silt from the Yangtze River, Chongming became a part of Shanghai in 1958, till today it still bears a stark contrast to the megacity located just across the river. As its industrial development has been relatively slow, the island boasts a natural environment that many in downtown Shanghai find enviable.

Today, Chongming boasts a forest coverage rate of 26 percent, the largest among all districts of Shanghai. It has also a natural wetland coverage of 38 percent and clean water resources.

The island's pristine natural environment has in recent years been heralded as its greatest advantage. In 2016, Shanghai announced that it would transform Chongming into a "world-class ecological island" by 2035 by focusing on the development of the eco-agriculture, cultural and creative, and leisure and tourism sectors. 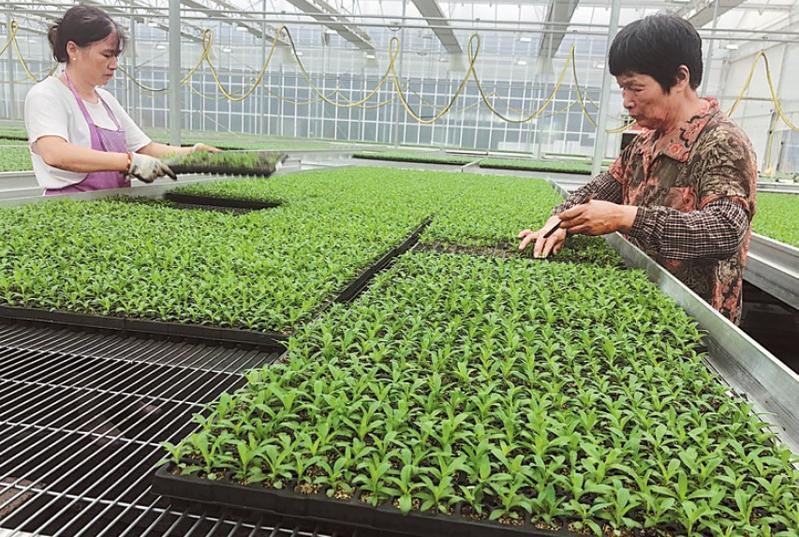 The district's collaboration with Orient International (Holding) Co, whose subsidiary co-organized the tulip show, is just one of the many examples of the island's blueprint coming to life.

According to local officials, the district government and the company are planning to build an international flower trading center in the Miaozhen township in the future. There are also seven major flower-related projects with a total investment of 2.5 billion yuan (US$373 million) that are currently under construction on the island.

"The flower industry will be an important part of Chongming's future development," said Miao Jing, governor of Chongming, during a news conference on Sept 24.

"We will strive to further optimize the industry layout, increase the investment in research and development of modern flower planting technologies, and foster a complete flower industrial chain that includes production, processing, services and trade."

In its spatial plan for the flower industry, the district government has divided the long and narrow island into three areas－western, central and eastern－that each has a different development focus.

The middle portion, which houses the Dongping National Forest Park and will be the site of the 2021 China Flower Expo, will focus on general flower production, sightseeing and tourism.

Chen Qun, director of the general office for the flower expo's organizing committee, says the venue will be designed to resemble a butterfly flying towards a peony when all construction work is completed by the end of this year. The 42-day expo next year, he adds, is expected to attract 3 million visitors and bolster Chongming's reputation as a flower island.

In the nearby Gangyan township, the Shanghai Chongming Smart Ecological Flower Park was the first major flower industry project to be approved after the island won the right to host the flower expo two years ago.

Covering 20 hectares, the park was created using a 220-million-yuan investment by Shanghai Yuanyi Seedling Co. The area features a conservatory with an automated factory for seedling production and an outdoor area for horticulture display.

Jiang Wu, assistant to the general manager of the company, says the factory can at full capacity produce 400,000 seedlings in a day. For next year's expo, the factory will supply more than 120 kinds of flowers.

"We have also been actively fostering local companies along the industry chain by providing them with advice on planting techniques," says Jiang.

"We hope the park can attract more tourists to visit Chongming and bring more income for the local residents." 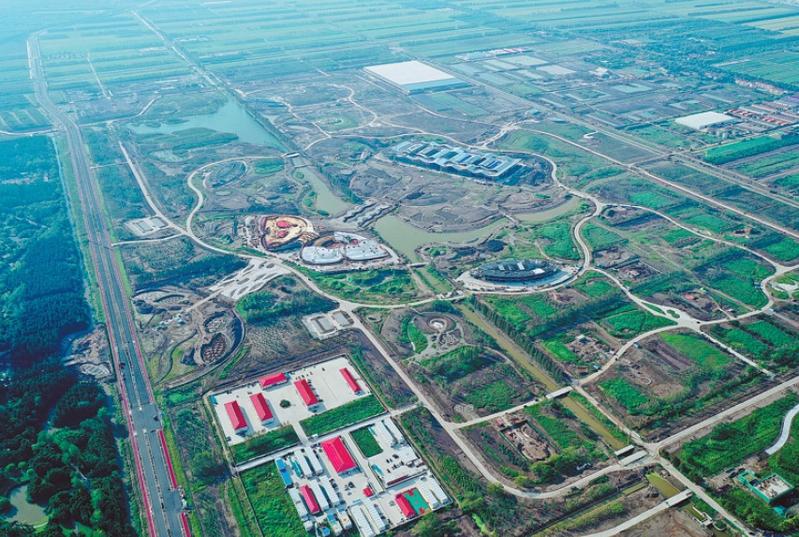 The venue of the 10th China Flower Expo, designed to resemble a butterfly flying towards a peony, is under construction. (PHOTO PROVIDED TO CHINA DAILY)

Over the western part of Chongming, the production of special flowers with higher value, such as saffron crocus and anthurium, will take center stage.

"Saffron came to China first through the Tibet autonomous region, and therefore it got the Chinese name Zanghonghua, or Tibetan red flower. Today, however, around 70 percent of saffron in China are produced on Chongming," says Su Dengke, technical manager of Shanghai Traditional Chinese Medicine's saffron production branch in Chongming.

The company, which is a subsidiary of Shanghai Pharma Group, imported the technology that allows for the large-scale planting of saffron crocus in 1979. It then built its production site in the island's Jianshe township. The company presently has a demonstration production base of 16 hectares on Chongming.

"In the next five years, the company plans to expand the base and increase production to one metric ton of saffron per year," Su says.

The company has also developed derivative products, such as saffron facial masks and saffron tea bags. The sales of such facial masks hit 20 million yuan last year, he adds.

The eastern part of the island will focus on the production of tree seedlings and the narcissus flower.

In Yuanyi Cun, or Horticulture village, villagers have been planting boxwood in large scale for more than two decades. Presently, more than 85 percent of the 790 households in the village cultivate around 66 hectares of boxwood trees that generate an annual revenue of nearly 40 million yuan.

Meanwhile, the narcissus, which is one of the two mascots (the other one is magnolia) of the upcoming flower expo, enjoys a long history on Chongming.

Shi Hao, general manager of the Chongming Baiye Narcissus Cooperative, tells the China Flower and Horticulture magazine that his family has been planting flowers for four generations, and that the narcissus has been a popular flower on Chongming Island since the 1920s.

In 2009, Shi spent 300 million yuan to open a planting base for narcissus. The base has since grown to 33 hectares.

"Compared with my grandfather's generation, we have had a much better time. The government has provided us with good platform to grow the flower and develop our brand," he says.