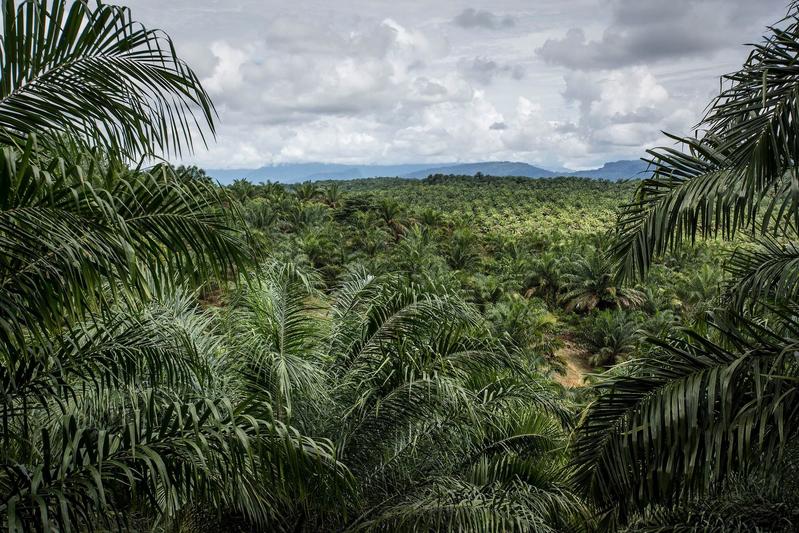 Indonesia, supplier of more than half the world’s palm oil, could see production climb to a record next year after torrential La Nina rains drench plantations and boost yields, according to a grower and refiner group.

The rate of annual growth is starting to slow because plantations are not expanding as fast as they once did, the chairman of the Indonesian Palm Oil Board said

Output may increase by 4 percent to almost 49 million tons from 47 million tons this year, Derom Bangun, chairman of the Indonesian Palm Oil Board, said in an interview. That’s after production this year is likely to be little changed from 2019 because of a long dry spell last year and less use of fertilizer, he said.

Although output will increase next year because of the rains and now more use of fertilizer owing to higher palm prices, the rate of annual growth is starting to slow because plantations are not expanding as fast as they once did and the replanting program is moving at a sluggish pace, Bangun said.

As part of its drive to counter allegations that unbridled growth of plantations has caused deforestation and threatened wildlife, the country no longer issues new permits for expansion and requires growers to produce palm oil in a sustainable way and to avoid destruction of rainforest and natural habitats. 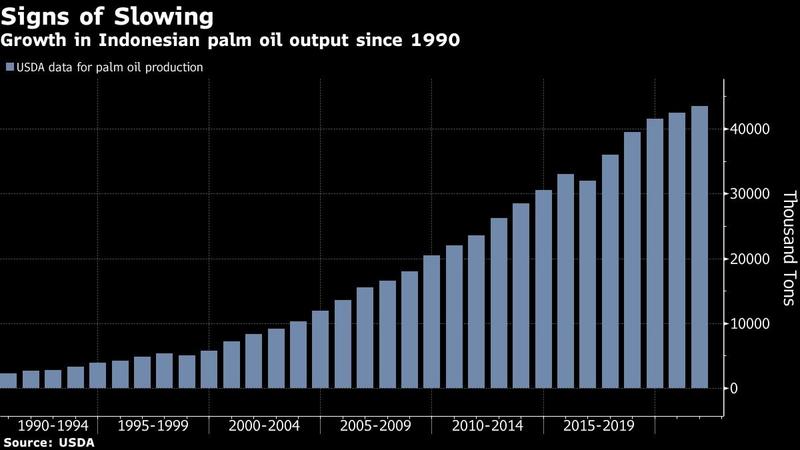 Significant increases in output used to come from additional planted areas, but since the government imposed a moratorium on permits, there has been no expansion, said Bangun. Meanwhile, replanting has been slow, with large companies committing to replant less than 5 percent of their plantations, he said.

Indonesia needs to replant at least 640,000 hectares every year to maintain production at current levels, assuming farmers use the same seedlings, Bangun said. “If that can be done, in 2025 we could have it all replanted,” he said.

The production peak this year will probably be in the fourth quarter, said Sahat Sinaga, executive director of the Indonesian Vegetable Oil Industry Association. Output in that period is likely to be 12.7 million tons, 3 percent more than a year earlier, he said. The peak last year was in the third quarter, he said.