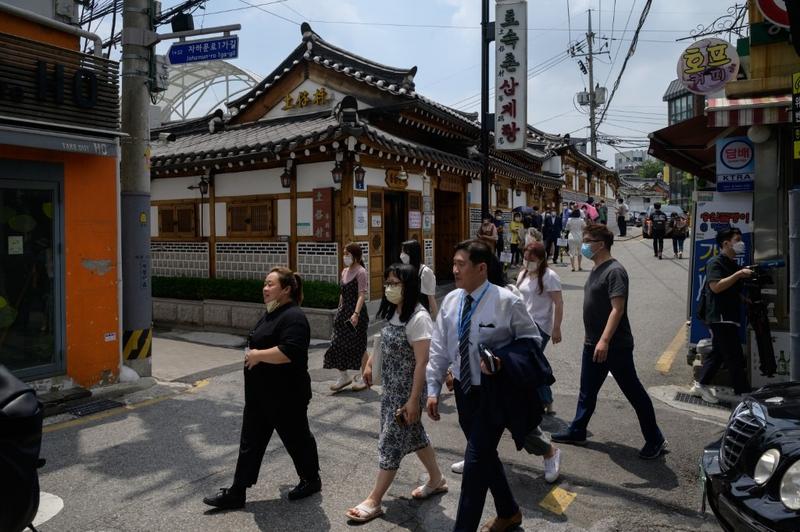 SEOUL - In South Korea, some of the world’s biggest food delivery firms are scrambling to surf an estimated US$4 billion wave of new orders, contracting thousands of new riders in a boom triggered by the scourge of the global economy - the coronavirus pandemic.

South Korea’s food delivery market is expected to jump 40% this year to around US$15.4b from US$11b in 2019, Euromonitor data showed

Koreans had already developed such an appetite for meal deliveries that the country ranked third in the world last year for food order services, according to consultancy Euromonitor. Now, tough social distancing rules and work-from-home policies to counter the pandemic have fuelled explosive growth.

South Korea’s food delivery market is expected to jump 40 percent this year to around US$15.4 billion from US$11 billion in 2019, Euromonitor data showed, topped only by China and the United States.

Surging coronavirus-era consumer demand has stoked orders, supported meal pricing and made the prospect of a career as a self-employed rider - earning more per hour than many other part-time jobs - an attractive option for many after the pandemic drove Korea’s jobless rate to a 10-year high earlier this year.

Contractor jobs like delivery riders will keep growing in number amid the pandemic, predicted Kim Sung-hee, professor of labour studies at Korea University, highlighting the need for government scrutiny of “non-regular work”.

“A lot of the contractor jobs, including riders, have minimal access to labour rights,” Kim said, “they have no access to occupational health and safety insurance and no employment safety net.”

Responding to the demand surge, Woowa Brothers, the operator of leading food delivery service Baedal Minjok, said it expanded its pool of motorbike delivery riders this summer by nearly 50 percent from 2,100 previously. Smaller peer Barogo, which like Woowa Brothers doesn’t disclose details of its financial performance - said it is recruiting 5,000 more, creating openings for some otherwise unlikely riders.

Among those is Chey Young-ah, a 37-year-old former art teacher in Seongnam, 20 km south of Seoul. After the pandemic forced classes at her day job to shut, she saw brisk delivery orders at a fried chicken restaurant where she worked part-time, opted to become a rider herself instead in mid-August.

“I feel lucky I found this field at a time when deliveries are booming,” she said. “One of the merits of this job is that the entry barrier is low. They don’t care whether you’re a man or a woman, you don’t need a job interview.”

Chey, who already owned a motorbike, says she earned around 1.8 million won (US$1,565.22) last month while working six to eight hours a day, seven days a week - already nine times the pay as an art instructor. 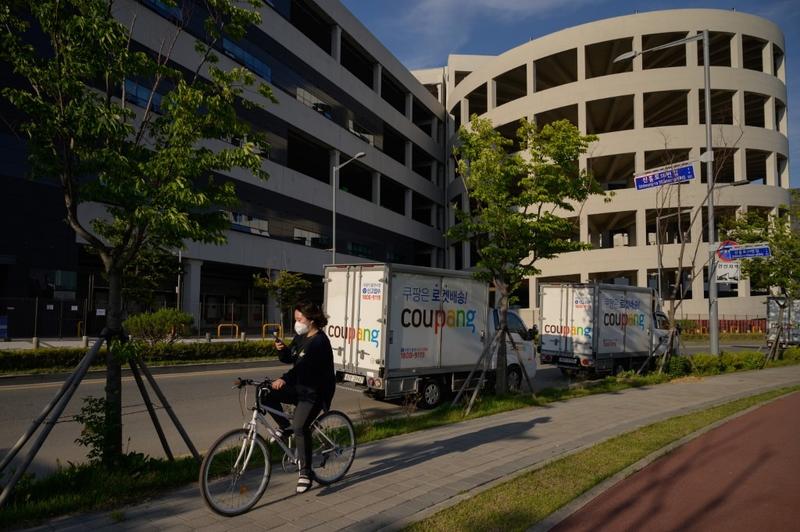 In this May 27, 2020 photo, a general view shows the warehouse of South Korean online delivery service Coupang, in Bucheon, south of Seoul. (ED JONES / AFP)

Chey rides for Baedal Minjok and Coupang Eats, operated by SoftBank-backed e-commerce firm Coupang. Like other services, delivery jobs are offered to riders on call via an app, with riders selecting which jobs to take depending on distance and payment terms.

Riders say most orders earn them around 3,300 won per delivery - the minimum rate - with the influx of new riders creating greater competition even to secure those deliveries, and to get the job done faster.

“The competition is getting fiercer ... Some (riders) violate traffic rules to make one more delivery, putting their safety at risk,” said Chey, who herself has already been involved in a minor accident.

Delivery companies are also offering bonuses hoping to secure faster riders. Coupang Eats said riders can earn up to 15,000 won per order, depending on order volume and weather conditions.

Data from Rider Union, a labour union representing the new dispatch workers, showed one of its members earned as much as 585,700 won - comparable to 68 hours of work by minimum wage - on a single day in August.

Numbers like this are a magnet in an otherwise depressed jobs market.

You Young-sik, a 28-year-old Seoul internet cafe worker who has seen his pay halved since the coronavirus hit and now fears losing his job, recently signed up for motorbike lessons to get his licence.

“As I was looking for new openings, I figured delivery business is in vogue these days,” said You, who currently makes below 1 million won a month. “Riders’ salary looks way higher than what I get paid now.”