By Liu Yinmeng in Los Angeles and Wang Xu in Tokyo 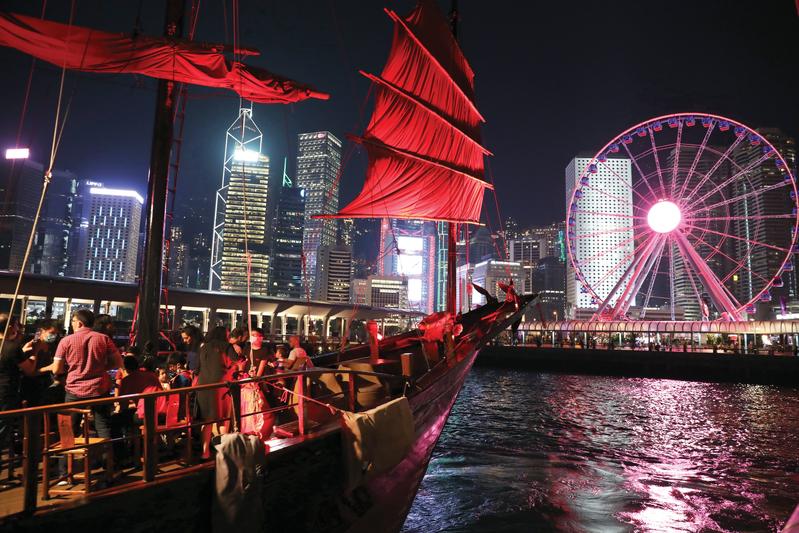 A tourist junk boat sails to Central harbourfront in Hong Kong in this photo filed on Oct 7. Hong Kong has embraced a calmer and more stable time about 100 days after the implementation of its National Security Law despite accusations by some Western politicians. (WU XIAOCHU / XINHUA)

The attempt led by the United States to smear China’s human rights record failed again at the United Nations as nearly 70 countries endorse its position and support its efforts in safeguarding national sovereignty, security and unity.

At the General Debate of the Third Committee of the UN General Assembly, the US, the United Kingdom and some other countries made unfounded accusations against China on issues related to Xinjiang and Hong Kong.

The Third Committee of the UN General Assembly is the main committee that deliberates on human rights and social and humanitarian affairs.

A large number of countries also supported China in their own national statements. They spoke highly of China’s progress in human rights and supported efforts to safeguard national sovereignty, security and unity, denouncing the politicization of human rights issues, double standards and political confrontation.

At the Third Committee gathering on Oct 6, Pakistan made a joint statement on behalf of 55 countries that opposed interference in China’s internal affairs under the pretext of acting on behalf of Hong Kong.

The principle of non-interference in the internal affairs of sovereign states should be upheld, the statement said, adding that the Hong Kong Special Administrative Region is an inalienable part of China whose affairs brook no foreign interference.

The statement underscores the fact that terrorist attacks have not been seen in Xinjiang for the past three years thanks to China’s measures in response to the threat of local terrorism and extremism.

Noting that China maintains openness and transparency by, among other things, inviting diplomats, officials, journalists and religious personages to visit Xinjiang, the statement criticized the unfounded allegations against China and interference out of political motivation and bias.

Kuwait made a joint statement on behalf of three Gulf states opposing politicization of human rights issues and interference in others’ internal affairs out of supposed human rights concerns.

“Because we are committed to the provisions of the UN Charter, including equality and sovereignty for all member states of the organization, we would also like to stress that the deliberation of matters related to human rights at the United Nations must be objective, constructive, transparent, non-selective and non-politicized. It should also respect the sovereignty of countries and should not interfere in the internal affairs of countries,” the joint statement said.

The statement emphasizes the right of all countries to development and to eradication of poverty, ignorance and disease, arguing that these are among the most important human rights. 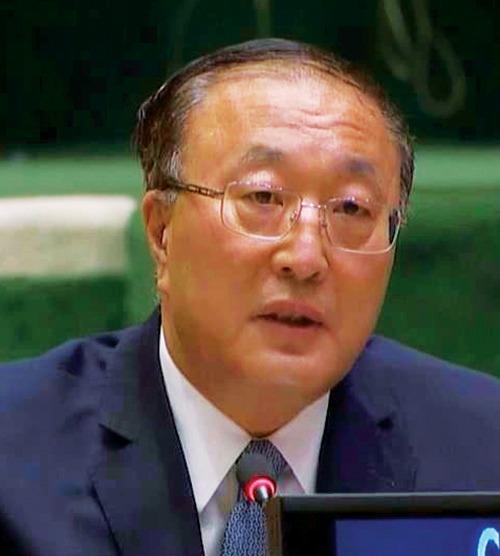 This is the second bungled attempt of the United States to foment opposition to China under the pretext of human rights. In October 2019, the US rallied some countries to do the same, which failed due to the opposition by a vast majority of countries.

Foreign Ministry spokeswoman Hua Chunying said in a statement on Oct 7 that those just voices show again that fair-minded people can tell right from wrong.

China opposes any individuals, countries or forces that would create chaos or separation in its territory and any attempts to use Hong Kong and Xinjiang-related issues for political gain and to interfere in China’s domestic affairs, Hua said.

Shortly after speeches from representatives of Pakistan, Cuba and Kuwait, a South African envoy expressed support for the one-China policy.

“South Africa wishes to reaffirm our strong commitment to the one-China policy, and we hope that all conversations and discussions regarding Hong Kong and Xinjiang will respect the sovereignty and territorial integrity of China,” said Ambassador Xolisa Mabhongo, South Africa’s deputy permanent representative to the UN.

The Singaporean ambassador to the UN, Burhan Gafoor, argued that countries should refrain from imposing their views on others. He called on nations to strengthen cooperation as the world battles COVID-19.

“Our view is that no country, or grouping of countries, has the right to impose its views on human rights on other countries or societies,” he said.

“In particular, the Third Committee cannot be used as a platform or a pretext to table resolutions that impose the views of one group of countries on other countries, especially if there is no international consensus against such policy,” Gafoor added.

“We also disagree with the practices of some member states, increasingly issuing joint statements to target the policies of other countries and to interfere in their internal affairs. Such an approach, in our view, is divisive and counterproductive, because it does not build trust and does not help to resolve the underlying issues.”

At the gathering, the Chinese ambassador to the UN on Oct 6 resolutely rebutted the “groundless accusations” some countries made against China and their “wrongful acts of interfering in China’s internal affairs on the excuse of human rights, and provoking confrontation among member states.”

Zhang Jun, China’s permanent representative to the UN, said the act of interfering in China’s internal affairs, on a human rights premise, is unpopular. On the contrary, China’s achievements in human rights development are widely recognized, which will not be “denied by their lies or deception”.

The United States is on the wrong side of history and is going against the international community, he said.

The US-led “political scheme” will never succeed and that developing countries have the right to defend their sovereignty, achieve development and maintain security.

“It is time that they wake up to the failure of their successive attempts. Blaming others won’t solve their problems nor hide their failures. The US would do better to take a good look in the mirror at itself,” he said.

Zhang said that the US should be held accountable for its “massive casualties and refugees in Syria, Iraq and Afghanistan”.

He also noted that the US has withdrawn from the UN’s Human Rights Council, refused to ratify human rights treaties, sanctioned an International Criminal Court prosecutor and imposed unilateral sanctions on other countries.

“I must also point out that, facing the poor human rights records of the US and of Germany, the UK and a few other countries that choose to engage in selective blindness and double standards willingly follow the US and become its accomplices, which is sheer hypocrisy. They should immediately put away their arrogance and prejudice and pull back from the brink,” Zhang said.

Noting that “human rights are not something exclusive to a few, much less a political tool”, the ambassador stressed that the Western model is not the only model for human rights protection and that every country is entitled to an independent choice based on its circumstances.

China is ready to continue working with other countries in the spirit of equality, mutual respect, openness and inclusiveness to move toward the lofty ideal of “human rights for all”, the ambassador said.

Also on Oct 7, the Chinese embassy in Japan accused US Secretary of State Mike Pompeo of “maliciously creating political confrontation” after he once again sought to portray China in a bad light during an interview on the sidelines of the Quadrilateral Security Dialogue on Oct 6.

Speaking in Tokyo before the start of a meeting with the foreign ministers of Japan, India and Australia, Pompeo called for the Quad members to stand together as a bulwark against China’s growing influence in the region.

In a statement published on its website, the embassy said Pompeo’s accusations were “fabricated lies” and it urged Washington to abandon its Cold War mentality and ideological prejudice and treat relations with Beijing in a constructive manner.

“China has always advocated that any multilateral cooperation should uphold the spirit of openness, inclusiveness and transparency”, the embassy’s statement said, while warning against attempts to form a “closed exclusive circle”.

“We hope that relevant countries will do more to enhance mutual understanding and trust among countries in the region and promote regional peace, stability and development, not the opposite,” it continued.

The statement said Pompeo’s attempt to create division in the region would not succeed as it runs counter to the trend of peaceful development and win-win cooperation.

“Pompeo is more interested in dumping dirt on China rather than focusing on rallying countries to cooperate to prevent and control the spread of the novel coronavirus,” said Yu Qiang, a researcher of Japanese studies at the University of International Relations in Beijing.

Zhou Jin in Beijing and Xinhua News Agency contributed to the story.