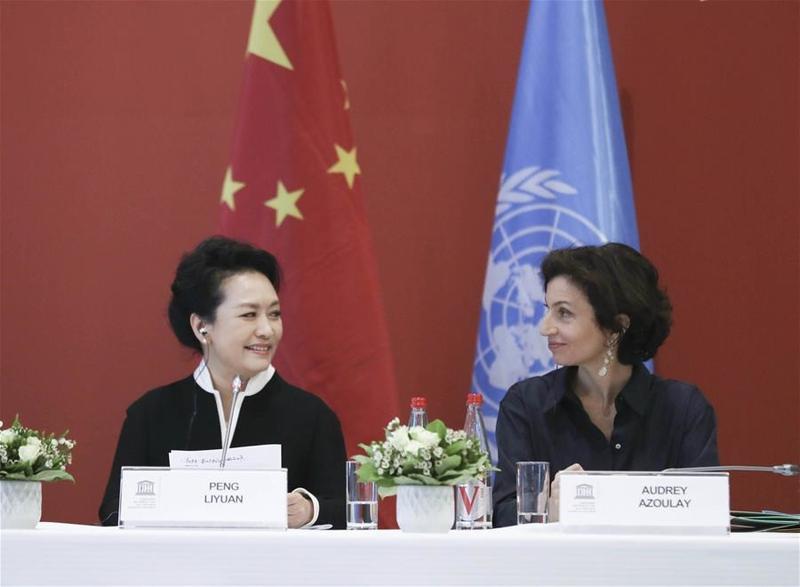 BEIJING - Peng Liyuan, wife of President Xi Jinping, said Wednesday that China has always advocated and promoted the cause of women globally and poverty reduction, and the country is committed to poverty alleviation and empowerment of poor women.

China is actively committed to poverty alleviation and empowerment of impoverished women, and has adopted a series of policies on economic development, employment and entrepreneurship

Peng said the Fourth World Conference on Women and the Global Leaders' Meeting on Gender Equality and Women's Empowerment marked important milestones in the cause of women's development, which had a profound impact on protecting women's rights and achieving their liberation and progress, and provided an action guide for countries to promote gender equality.

"Over the past 25 years, the cause of women has made global progress, with enhanced consensus on gender equality, more effective action to promote women's development, and improved environment for the well-being and development of women," she said.

Peng said China would achieve rural poverty alleviation this year under the current standards and meet poverty reduction goals of the UN 2030 Agenda for Sustainable Development 10 years ahead of schedule, adding that it was a major contribution to the cause of human progress.

"China is actively committed to poverty alleviation and empowerment of impoverished women, and has adopted a series of policies on economic development, employment and entrepreneurship, culture and education, social security, health, charity and public welfare, and achieved remarkable results," Peng said, adding that women accounted for about half of the 700 million people brought out of poverty in China, and many women in the country actively responded to the national call for poverty alleviation.

She said hard work and struggle of women have contributed to global poverty reduction. "We must also see that men and women are still unequal in rights, opportunities, and resource allocation. Among the global poor, there are far more women than men."

She called on the world to carry forward the spirit of the Fourth World Conference on Women and the Global Leaders' Meeting on Gender Equality and Women's Empowerment, work together and take steps to provide women with equal and quality education as well as non-discriminatory employment opportunities, ensure basic health and medical services for them, build a harmonious and inclusive social culture, and eliminate discrimination and prejudice against women.