Mainland slams DPP attempt to develop 'official ties' with US 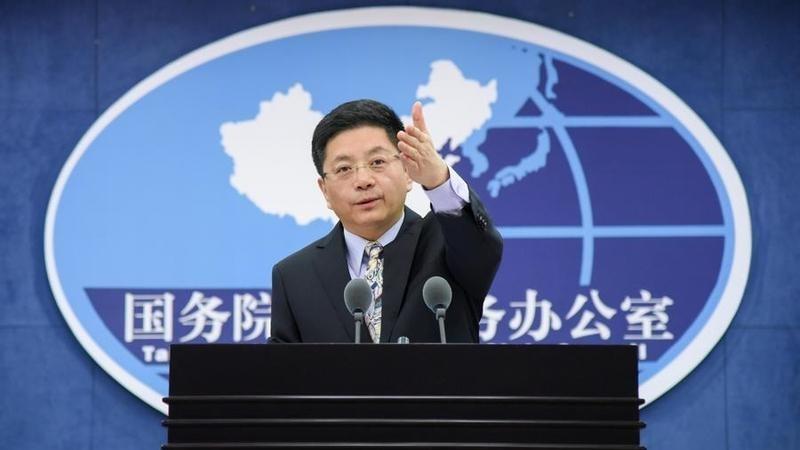 BEIJING - A Chinese mainland spokesperson on Wednesday condemned the Democratic Progressive Party (DPP) authority in Taiwan for attempting to develop "official ties" with the United States under the pretext of commercial purposes, saying the move will only damage the interests of Taiwan compatriots.

Ma Xiaoguang, a spokesperson for the Taiwan Affairs Office of the State Council, made the comments in response to the DPP's plan to hold an "economic and commercial dialogue" with the United States.

The DPP authority's attempt to develop "official ties" with the United States under the pretext of economic and commercial purposes will harm the economic interests and well-being of Taiwan compatriots, Ma said.

Noting that the Taiwan question falls under China's internal affairs and brooks no external interference, he urged the US side to adhere to the one-China principle and the three China-US joint communiques, and to cease any forms of official interaction with Taiwan.

When commenting on reports concerning US Under Secretary of State Keith Krach's upcoming visit to Taiwan, Ma voiced firm opposition to the visit and to any forms of official interaction with China's Taiwan region carried out by countries that have diplomatic relations with China.

Regarding the Czech senate speaker's recent visit to Taiwan, Ma said the visit breached the Czech Republic's commitment to the one-China principle and the basic norms governing international relations. "We are firmly opposed to it," he said.

Ma said recent training activities of the Chinese People's Liberation Army were a necessary move aimed at the current security situation in the Taiwan Straits and meant to safeguard national sovereignty.

Ma said the Democratic Progressive Party (DPP) authority and forces advocating "Taiwan independence" are the root cause for the increasingly complicated and challenging cross-Straits relations.

"We are willing to do our utmost to promote peaceful reunification with the greatest sincerity," said Ma, adding that the military move only targets external interference and separatist activities, not the vast number of Taiwan compatriots. 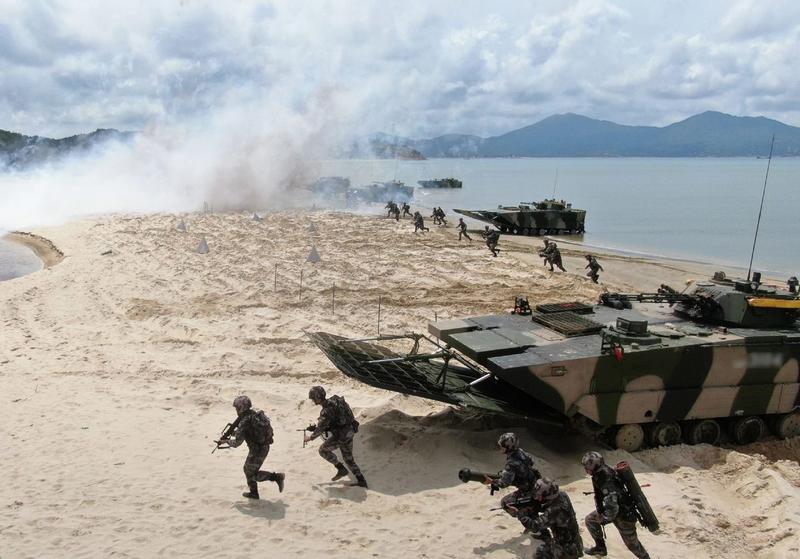 In this file photo, soldiers of the "Hard-boned Sixth Company" of the 74th Army Group of the People's Liberation Army take part in a battle drill in a coastal area of Guangdong province on June 1, 2020. (PHOTO / XINHUA)

He said the moves have further exposed the DPP's nature of seeking "Taiwan independence," violated the common aspiration of people on both sides of the Taiwan Straits for exchanges and cooperation, and are doomed to fail.

With an internal impetus and deepening foundation following the reopening of exchanges between both sides of the Taiwan Straits more than three decades ago, cross-Straits exchanges and cooperation in various fields have become an irreversible historical trend, Ma said.

The trend cannot be shaken by immediate difficulties or obstacles, he added.

Ma said the epidemic did impact cross-Straits exchanges, including people-to-people exchanges, and at the same time, the DPP authority intensified their attempts to hinder exchanges between Taiwan and the mainland.

"They unreasonably obstructed the return of Taiwan compatriots and their relatives stranded in the mainland to the island," he said. "Even now the entry of mainland people into Taiwan is completely prohibited."

He said exchanges between the two sides of the Taiwan Straits are the common aspirations of compatriots on both sides that conform to their common interests, and no individual or force can stop it.