Taliban tell Afghan government they have no aim to seize power 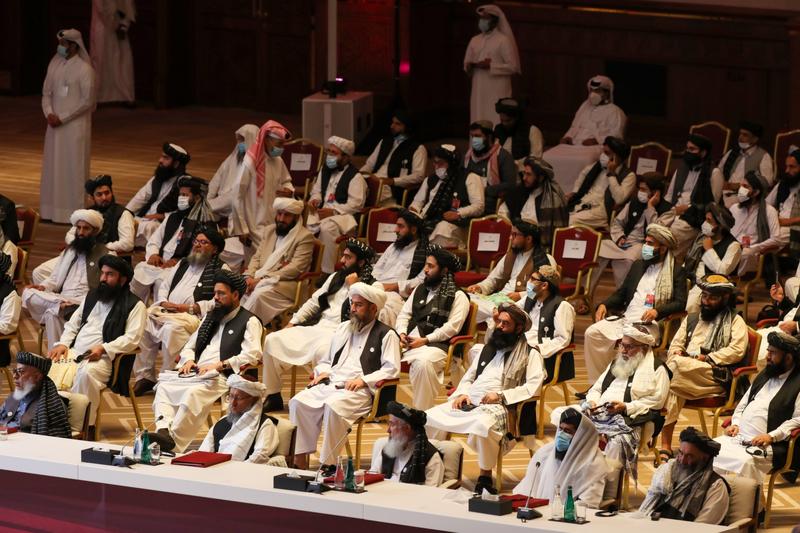 Members of the Taliban delegation attend the opening session of the peace talks between the Afghan government and the Taliban in the Qatari capital Doha on Sept 12, 2020.  (KARIM JAAFAR / AFP VIA GETTY IMAGES)

Taliban leaders told their government counterparts at the Afghan peace talks they wouldn’t seek to seize power and that their struggle was to free the country from foreign forces and establish an Islamic system.

Our battle is not for taking power but for the independence of our country from foreign occupation and the establishment of an Islamic system.

“Our battle is not for taking power but for the independence of our country from foreign occupation and the establishment of an Islamic system,” the group’s chief negotiator, Abdul Hakim Haqqani, told the government delegation Tuesday, according to a series of tweets by his spokesman.

The government is holding the first peace talks in 19 years with the Taliban in Doha, Qatar, where the group has an office, facilitated by the US. Both sides are looking to end the two-decade war that’s killed or wounded tens of thousands of Afghans and cost the US more than US$900 billion.

Hakim Haqqani said the Taliban is bound by the Feb 29 peace agreement reached with the US and urged the US and its allies to live up to their obligation under the pact to pull out of the country within 14 months of signing of the agreement.