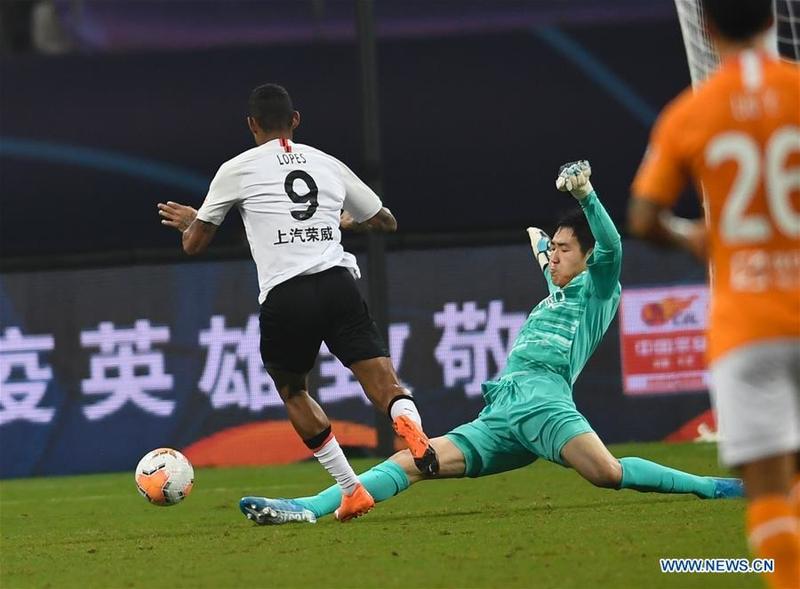 SUZHOU, China - Shanghai SIPG claimed a 2-1 victory over Wuhan Zall, while Hebei China Fortune tied Beijing Guoan 3-3 in the 11th round of the Chinese Super League (CSL) here on Tuesday.

Both SIPG and Zall started the game aggressively, but neither side managed a goal in the first half. SIPG broke the deadlock in the 59th minute when Australian striker Marko Arnautovic jumped to find the net with a power header. 11 minutes later, Australian midfielder Aaron Mooy scored his first goal in the CSL for SIPG and extended the lead to 2-0.

In the 80th minute, with the assistance of Jean Evrard Kouassi, Eddy Gnahore slotted home with a goal for Zall to narrow the gap to 2-1 and had to settle with the score.

Elsewhere, Hebei took a lead in the 10th minute, when Buya Turay's long distance pass found Ricardo Goulart in the box, who volleyed to the corner of the net.

In the 28th minute, thanks to a short cross from Cedric Bakambu on the midfield, Renato Augusto dribbled through defender Ding Haifeng and contributed a calm tap-in to pull one back.

Bakambu and Augusto helped Beijing grab another score by exchanging their roles in the 46th minute. Bakambu converted a header with the assist of Augusto to make it 2-1.

The second half witnessed breakthroughs in the final moments. In the 89th minute, Alan Douglas Borges de Carvalho fired a missile for Beijing after finding a gap between two defenders.

A miracle happened in the last minute, after Beijing goalkeeper Guo Quanbo's defense from the back of Marcos Vinicius Amaral Alves gifted him a penalty after the referee checked the VAR, helping Hebei find the equalizer.