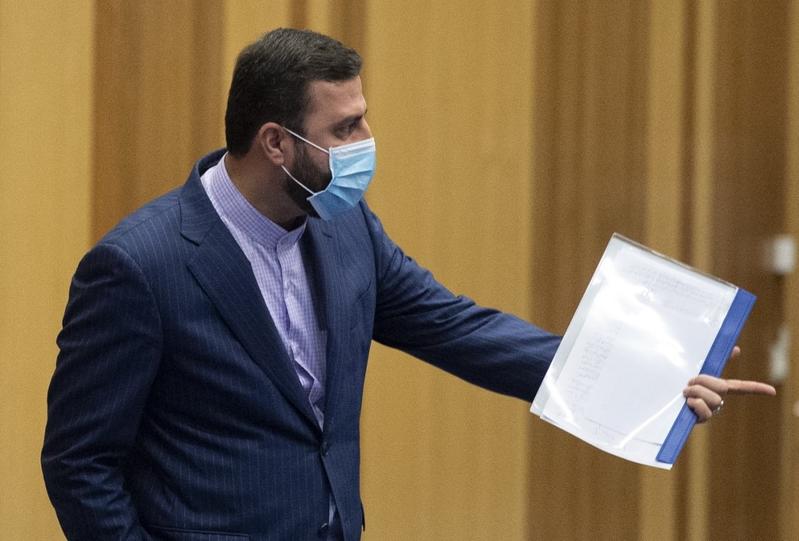 Kazem Gharibabadi, Iran's Ambassador to the International Atomic Energy Agency (IAEA), wears a face mask as he arrives for the Board of Governors of the IAEA at the agency's headquarters in Vienna, Austria on September 14, 2020. (JOE KLAMAR / AFP)

Iran's Deputy Foreign Minister for International and Legal Affairs, Mohsen Baharvand, said that Saudi Arabia's "non-transparent" nuclear activities and its refusal to allow IAEA inspections are a source of concern, according to Tasnim.

The IAEA must be able to practice verification activities in Saudi Arabia, Baharvand said in a recent meeting with Director General of the IAEA Rafael Grossi in Vienna.

On Aug 8, Kazem Gharibabadi, Iran's ambassador and permanent representative to international organizations, in Vienna also asked the IAEA to investigate what he called the "covert" nuclear program of Saudi Arabia.

READ MORE: IAEA inspects one of two sites in Iran after long stand-off