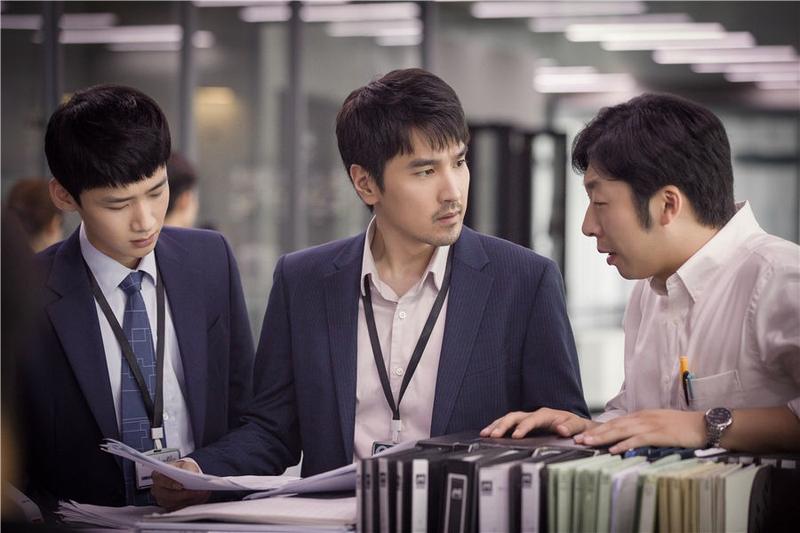 After shooting workplace drama Ordinary Glory, actor Bai Jingting, who played a workplace newcomer in the drama, still found it hard to leave the role.

"Sometimes when I got up in the morning I was in a trance, wondering should I go to the office to clock in, but then it occurred to me our shooting had ended, and I am no longer the green hand Sun Yiqiu," says Bai.

The series is now running on Shanghai-based Dragon TV, Zhejiang TV and streaming site Youku. The 41-episode drama features two protagonists, a workplace newcomer played by Bai, and a middle-ranking manager, played by Mark Chao, who has met many challenges at work. The two characters manage to cooperate and improve their workplace. The series prides itself on a different approach.

"In many other series describing the workplace, the romantic story still plays a major part, which seems to fall into some kind of setup and bore the audience," says Lyu Xing, director of this series. "We give up showing romance in this series and try to reflect a relatively real workplace, and the different people in it."

To achieve that goal, the cast conducted surveys and interviews before shooting. "Since the series is set in a financial company, we interviewed various people in investment institutions, and tried to understand different people's dilemma at work, their ways of doing things and their different personalities," says Lyu. "We also collected many true stories, and reflected all of them in the script."

Their efforts to replicate a real workplace achieved recognition from the viewers. "The drama has a good storyline, and the shooting and acting are good as well. But the most attractive for me is that I can see myself in the drama," says a netizen on China's popular review site Douban. 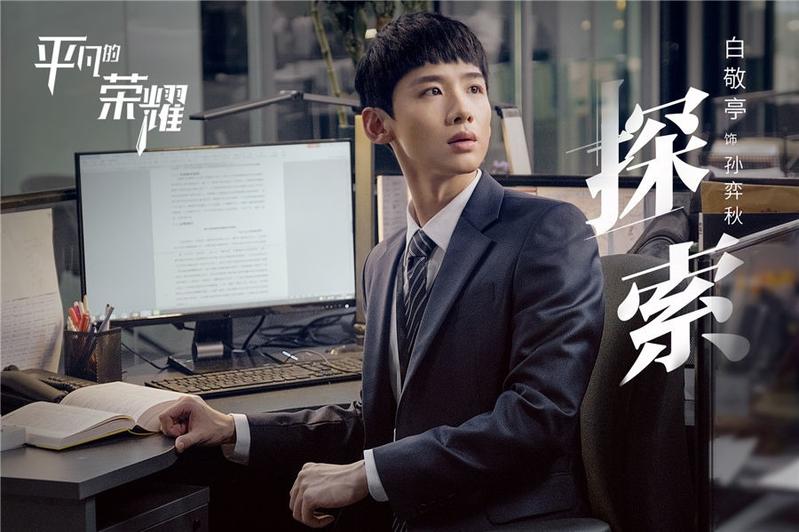 A publicity poster for the series features Bai. (PHOTO PROVIDED TO CHINA DAILY)

Playing Sun also took Bai back to his days when he was a green hand entering the film and television industry. "I have many similarities with Sun. Although I have never worked in an enterprise, I share Sun's feeling of timidity when entering a new work environment without understanding it, the lack of confidence when others questioned his work, and excessive care about other people's opinions," says Bai.

But after continuous efforts and increasing confidence and ability, he got better and became familiar with his job now.

"I believe newcomers should talk with colleagues more to learn from them and make a good plan for their career," he adds.

Giving up showing romance does not mean the series is lacking in emotional drama." As a TV series, we want to show the emotions of the characters, their personalities, connections with each other and growth from innocence to maturity. Although we gave up depicting romance, viewers will be moved by our depictions of connections between colleagues, and get new feelings in watching the show," says Lyu.

The series was shot in Shanghai over more than four months. Bai misses the atmosphere of the filming site. "Everyone was working passionately in the same direction. I tried my best to play my role, and my cooperation with others also encouraged me to do better."

Making the series is a challenge for Lyu, a young director who gained much acclaim for directing the suspense TV series Burning Ice which achieved 8.1 points out of 10 on Douban. "I want to try different styles. Burning Ice has many dramatic conflicts, and some characters with extreme personalities, so we paid much attention to the audio and visual effects. But Ordinary Glory shows ordinary people's daily work."

Speaking about the title Ordinary Glory, Lyu says: "Most of us are ordinary people. Accepting the fact is not a bad thing. As ordinary people, we still should consider what we can do for the world and other people.

"Everyone may have different views on their value to this world. But in my opinion, we need to contribute to others as ordinary people, and that is the glory of us," he says.

Chen Xinyu contributed to this story.