By Zhao Lei on board Zhonghua Fuxing in the Yellow Sea 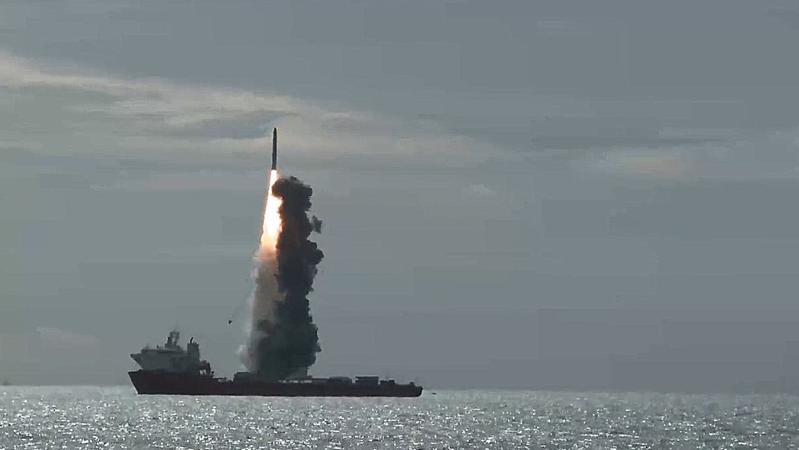 The Long March 11-HY2 — the 10th member of the Long March 11 family — blasted off at 9:22 am from the Debo 3, a self-propelled deck barge that was modified for the mission. The launch mission was conducted by the Taiyuan Satellite Launch Center.

The nine satellites will provide remote-sensing services to users in fields such as agriculture, forestry, land resources and environmental protection

Each of the satellites, developed by Changguang Satellite Technology in Changchun, Jilin province, weighs about 42 kilograms. They will provide remote-sensing services to users in fields such as agriculture, forestry, land resources and environmental protection.

Three of the satellites will be used for video imaging, one of which is for China's popular video sharing platform Bilibili and another for the state broadcaster CCTV. The other six satellites are push-broom imaging satellites.

The Bilibili satellite has features of low development cost, low power consumption, lightweight and high resolution. It was designed to shoot videos and pictures for popular science.

The satellite can obtain color videos and images with a resolution higher than 0.98 meters. The data will be used to create popular videos, covering fields such as science and technology, humanities, history and education, and will be released on Bilibili. 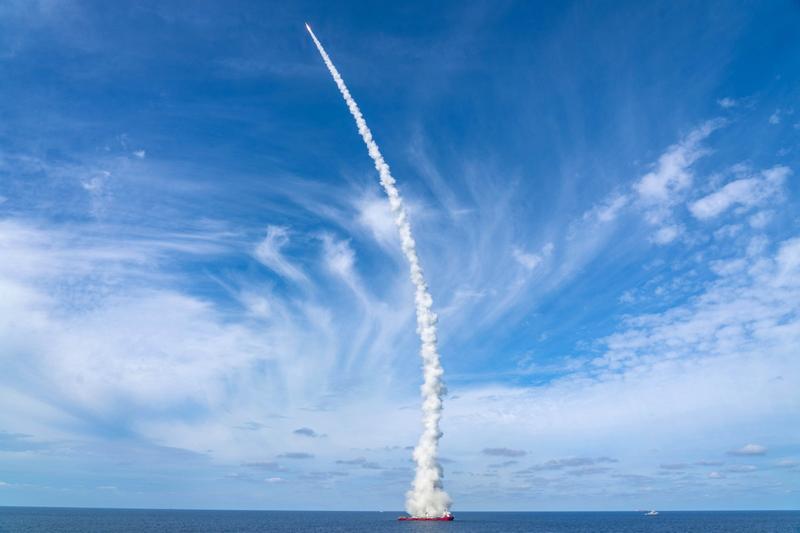 The Debo 3 belongs to the salvage bureau in Yantai, Shandong province. It is 159.6 meters long and 38.8 meters wide and has a carrying capacity of 20,500 metric tons. The ship is electrically propelled, with a maximum speed of 22.2 kilometers per hour.

The entire flight was controlled and monitored by engineers on board a support ship anchored several kilometers from the Debo 3. Spectators, including reporters and invited guests, were on board a large passenger liner nearby.

The mission helped to optimize seaborne launch procedures and improve the safety and reliability of such operations, laying a foundation for frequent sea-based launches in the future, said Jin Xin, the Long March 11 rocket's deputy project manager

The Long March 11's first launch from a ship took place in the Yellow Sea in June 2019 and put seven satellites into orbit. It was China's first space mission launched at sea.

That mission was more experimental than commercial as its major task was to test and verify seaborne launch technologies and equipment rather than serve a commercial purpose, said Jin Xin, the rocket's deputy project manager.

Therefore, Tuesday's launch should be seen as the rocket's, and China's, first sea-based commercial flight operation, he noted.

In addition to its commercial purpose, the mission also helped to optimize seaborne launch procedures and improve the safety and reliability of those operations, paving the way for future sea-based launches that will be conducted frequently, Jin said.

Peng Kunya, the rocket's chief designer, said the sea area used in Tuesday's launch can be used in future missions to lift satellites into sun-synchronous orbits, adding that the advantages of sea-based launches — higher efficiency, flexibility and safety — will attract more clients.

Designed and built by the China Academy of Launch Vehicle Technology, the Long March 11 is the only solid-fuel rocket in the Long March family, the pillar of China's space programs.

It is 20.8 meters long, has a diameter of 2 meters and a liftoff weight of 58 tons. The academy says it can place satellites in low-Earth orbits or sun-synchronous orbits. 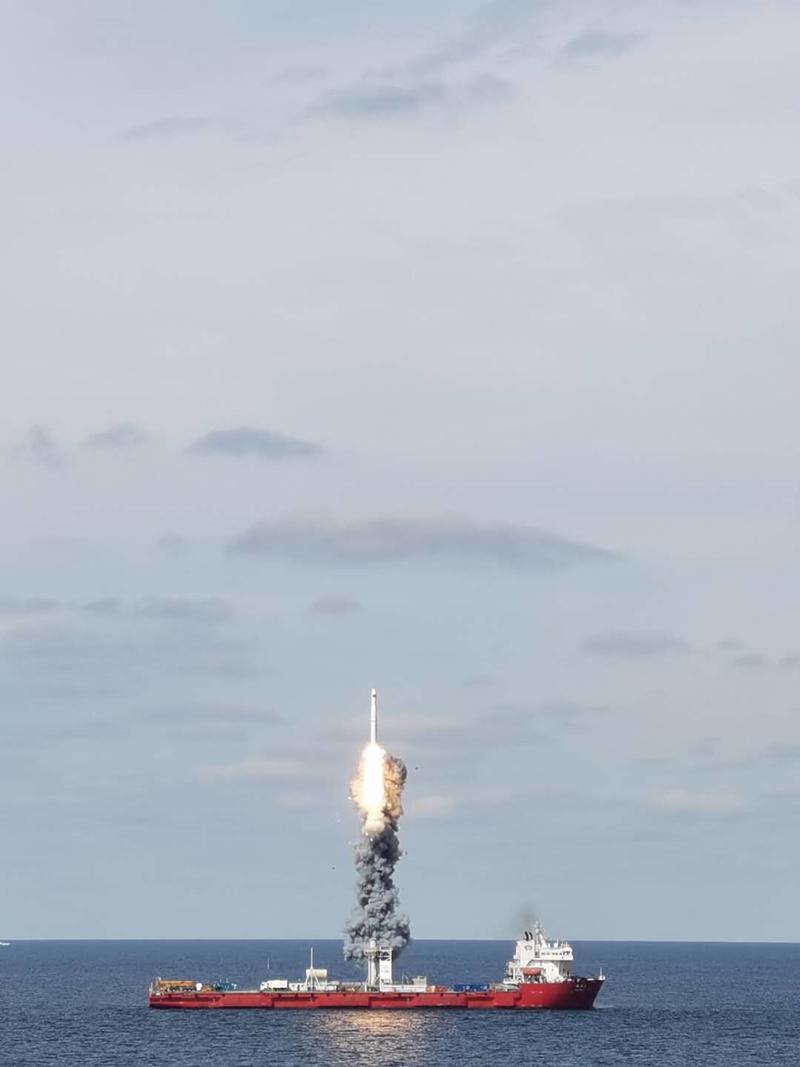 It made its debut flight in September 2015 from the Jiuquan Satellite Launch Center in northwestern China's Gobi Desert.

The rocket has so far performed 10 launches－eight from launch centers on land and two from ships－that successfully placed 51 satellites into orbit.

Designers have started to develop an upgraded variant of the Long March 11, which will be more powerful than the existing model, project managers said.

The new type will be able to send a 2-ton satellite into low orbit. It is expected to perform its first launch at sea around 2022, they said.

China is now the only nation that is independently able to conduct sea-based space launches.