A record number of travelers are set to travel within the country during the upcoming National Day and Mid-Autumn Festival vacation period, Yang Feiyue reports.

The first day of the week-long holiday will overlap with the Mid-Autumn Festival, which also falls on Oct 1 this year, meaning the public holiday will last eight days.

People who take six days off after or before can enjoy 16 days off, which is great news for long-distance domestic travel, experts say.

All outdoor tourist attractions in Northwest China's Xinjiang Uygur autonomous region reopened in September, when the region also allowed the resumption of interprovincial travel, the Xinjiang department of culture and tourism reports. 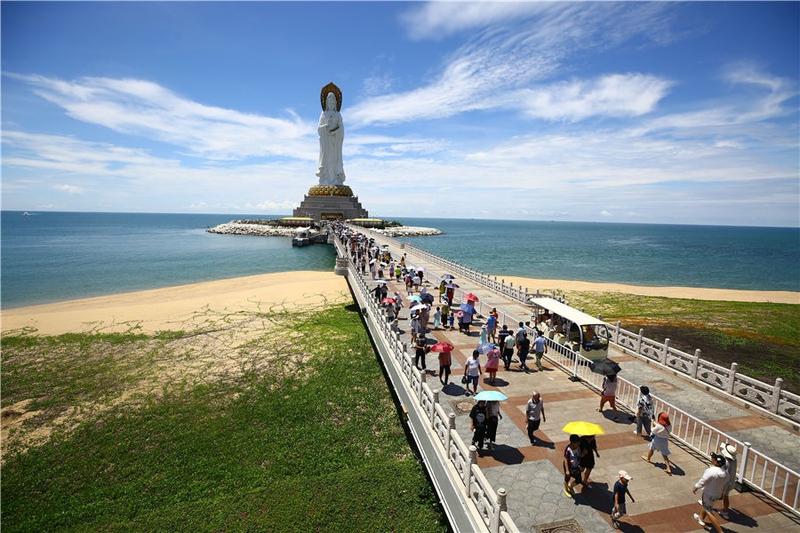 Travel within the mainland has returned to normal with pandemic controls, says Peng Liang, a researcher with Trip.com Group's big data lab. And the recovery has also boosted domestic travelers' confidence.

"Smooth tourism-market operation over the past few weeks will help build momentum for the travel boom during the long National Day holiday," Peng says.

The repressed desire to travel has been simmering for months. 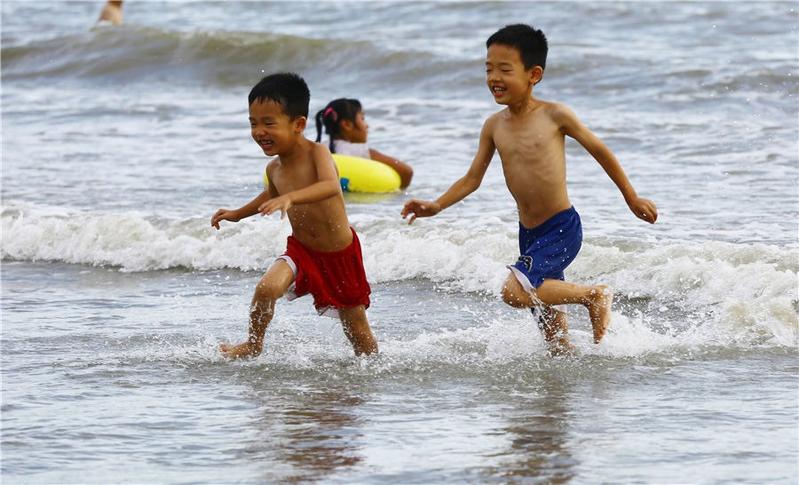 Children play at the seaside on Hainan Island. (PHOTO PROVIDED TO CHINA DAILY)

Wtown has kept up sanitation, and offers online payments and audio guides.

Wang expects guest numbers to peak during the October holiday.

"They can enjoy the stunning autumn views of colorful leaves and enjoy hot springs," Wang says.

Tourism players are counting on the holiday to make up for the losses caused by the pandemic and have developed favorable policies to boost consumption.

Xinjiang's Kashgar is offering free access to all of its A-level scenic spots, discounts for its star-rated hotels and incentives for travelers who drive themselves, which will remain in effect until year-end. 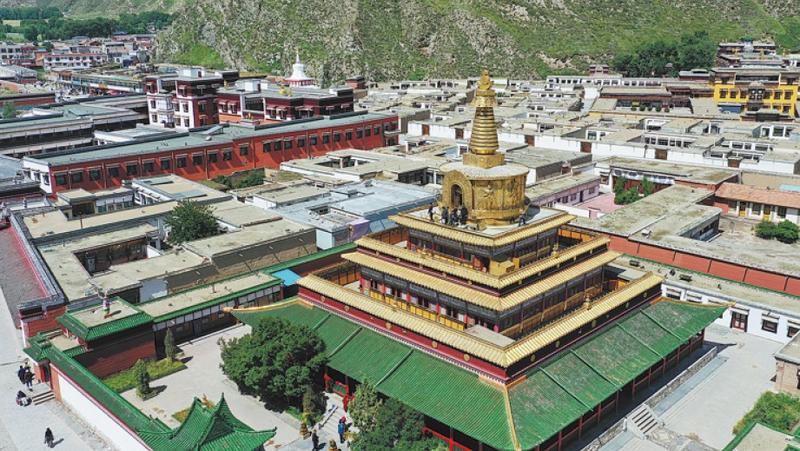 Jiangsu province's Suzhou recently rolled out 1 yuan tickets for any one of its 14 celebrated gardens.

The program covers tens of thousands of hotels across the country, as well as transportation, scenic spots and theme parks.

During the second week of September, hotel bookings for the National Day holiday surged by 190 percent over the previous week, according to Fliggy, and air ticket sales increased by 160 percent.

Although hotel costs have increased by 65 percent on average during the holiday compared with the summer vacation period in August, they're still 30 percent lower than during last year's National Day holiday, according to Fliggy.

High-speed train tickets to many destinations, such as Harbin in Northeast China's Heilongjiang province and Changsha in Central China's Hunan province, for the first day of the National Day holiday were quickly snapped up after sales resumed in early September, according to the country's railway ticket-booking website, 12306.cn. 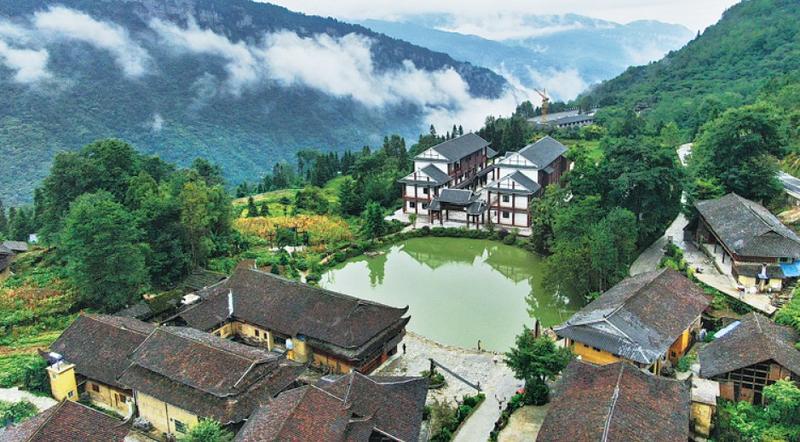 More tourists are expected to choose small tours or drive themselves.

Travelers who drive themselves accounted for about 30 percent of tourists during last year's National Day holiday. The figure is expected to increase this year out of precaution, according to Trip.com.

Hainan, Yunnan, Sichuan and Shaanxi provinces are expected to be hot spots during the holiday, Peng says.

Hainan is likely to remain popular thanks to its island and leisure elements, and duty-free shopping, especially since the pandemic continues to stunt outbound travel, Peng says.

The province's Haikou Meilan International Airport will add or resume more than 1,500 flights to meet the surge during the October holidays. 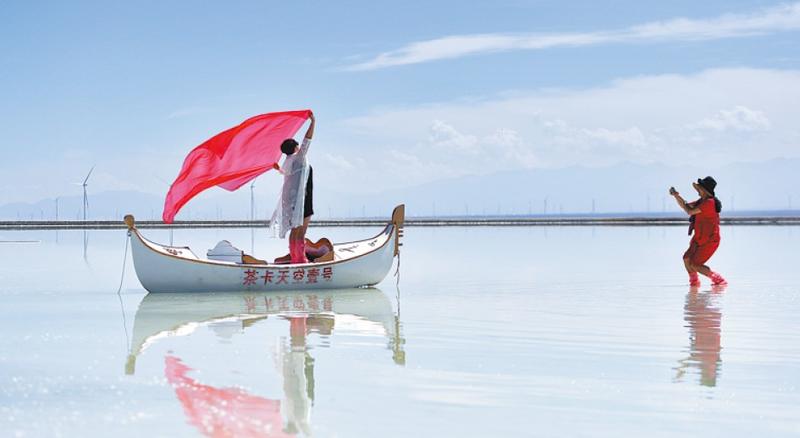 About 1,350 flights are expected to be added to connect Haikou with major tourist cities, including Shanghai, Guangdong province's Guangzhou and Shenzhen, and Hubei province's Wuhan. Meanwhile, about 180 flights are scheduled to resume, the airport says.

The Tibet and Xinjiang Uygur autonomous regions, and Qinghai and Gansu provinces topped the search list and were especially favored by tourists from Shanghai and Guangdong.

Deserts, camel rides, danxia landforms and historical sites along the Silk Road are among the biggest draws for northwestern China, the agency says.

Most travelers are looking at five-day interprovincial trips in the region.

Groups of friends and families are major forces behind bookings for the holiday, as college students account for a diminishing proportion.

It's yet to be announced whether they can leave their campuses to travel, which will significantly affect tourism during the holiday, Peng says.

"We'll fly to Lhasa and then rent a car to travel around the region," the Beijing resident says.

It'll be her first trip outside of Beijing since the outbreak.

Chen says their rough itinerary has been settled, and they'll make it a point to visit temples and historical sites.

"The idea of going out with my friends is exciting," she says.

"We've been looking forward to traveling together for a long time."