The reality of virtual art

The buzz around virtual art is an obvious fallout of the pandemic. Joyce Yip asks artists, art critics and industry insiders if VR art is good enough to collect. 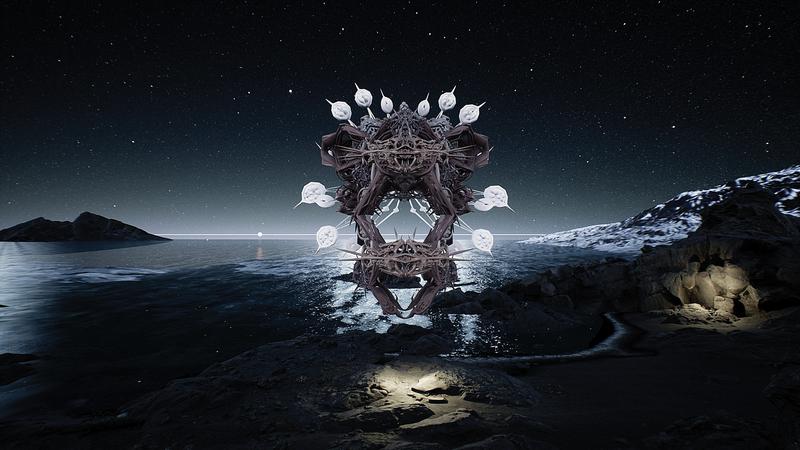 A moment from Tobias Klein’s Mixed Reality show, Metamorphosis or Confrontation, now on at the University Museum and Art Gallery of the University of Hong Kong. (PHOTO PROVIDED TO CHINA DAILY)

Pandemic-induced lockdowns have resulted in a proliferation  of art based on virtual reality (VR) and mixed reality (MR).  Many people stuck at home prefer to escape the dreariness of the reality around them by immersing themselves in experiences that entail a willing suspension of disbelief. Such is the popularity of these new, trendy art forms that Oculus Quest VR headsets seem to have disappeared from the market. The long-forgotten Metaverse game Second Life is back. Since its February debut, Verizon Media’s Museum of Other Realities (MOR) — a virtual art museum accessible only via VR headsets — has hosted almost 40 VR artists and collaborated with the likes of Cannes Film Festival.

VR art’s themes can range from a depiction of loud, fictional realms to ultra-realistic mimicries of the familiar world. Some VR art pieces take viewers on a journey while others are static; some are relative to their settings or mixed with traditional art forms and others, like the art featured in MOR’s exhibitions, can be viewed anytime and anywhere.

However, a section of the art cognoscenti sees VR art as superficial in nature, primarily because it is so technology-driven. According to MR artist Tobias Klein, most VR art is “gimmicky and lacking engagement”.

“Yes, here is a painting by Leonardo da Vinci. It’s 3D and you’ve spent 500 hours painting it with VR and you think, wow, that’s a great achievement,” says Klein, referring to the “Mona Lisa: Beyond the Glass” VR experience offered at Musee du Louvre in 2019 as part of a series of programs to celebrate Da Vinci’s 500th death anniversary. 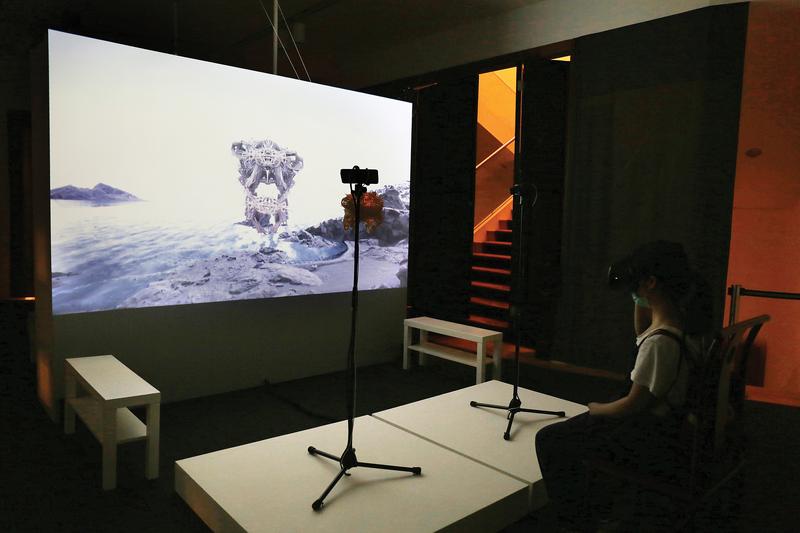 “Internet, web-based art and VR is non-place in that you’re creating a place that has nothing to do with our surroundings. So it becomes tricky whether you’re stripping it of any context or when it’s its own context,” says Klein, adding that he is yet to come across many instances of VR art attracting audience engagement in a significant way or in large numbers.

Klein’s MR art exhibition, Metamorphosis or Confrontation, is now on show at the University of Hong Kong’s University Museum and Art Gallery. The show makes use of both traditional and virtual media. For example, in it a tangible Chinese opera mask, when viewed through a VR headset, leads toward a journey rich in cultural allusions, even as it underscores the artist’s detachment from the local customs by introducing strange landscapes in the picture.

Harald Peter Kraemer, associate professor at the City University of Hong Kong’s School of Creative Media, scoffs at attempts to marry VR with traditional art forms, resulting, sometimes, in unintended humor. He, like Klein, has reservations about the VR experience designed around the Mona Lisa at Musee du Louvre, which saw the famed maiden come to life against a country landscape with Da Vinci’s flying machine fluttering in the background.

Kraemer sees the project to make the Mona Lisa come to life in the virtual space as a disaster.

“It’s fake: The landscape is pure fiction, and the flying machine, oh come on,” he says. “The beauty of VR can only be realized if we embraced feelings of mystery, manipulation and surprise. We must accept that we aren’t able to explain everything we see, especially with experiences that operate in non-location and non-time.” 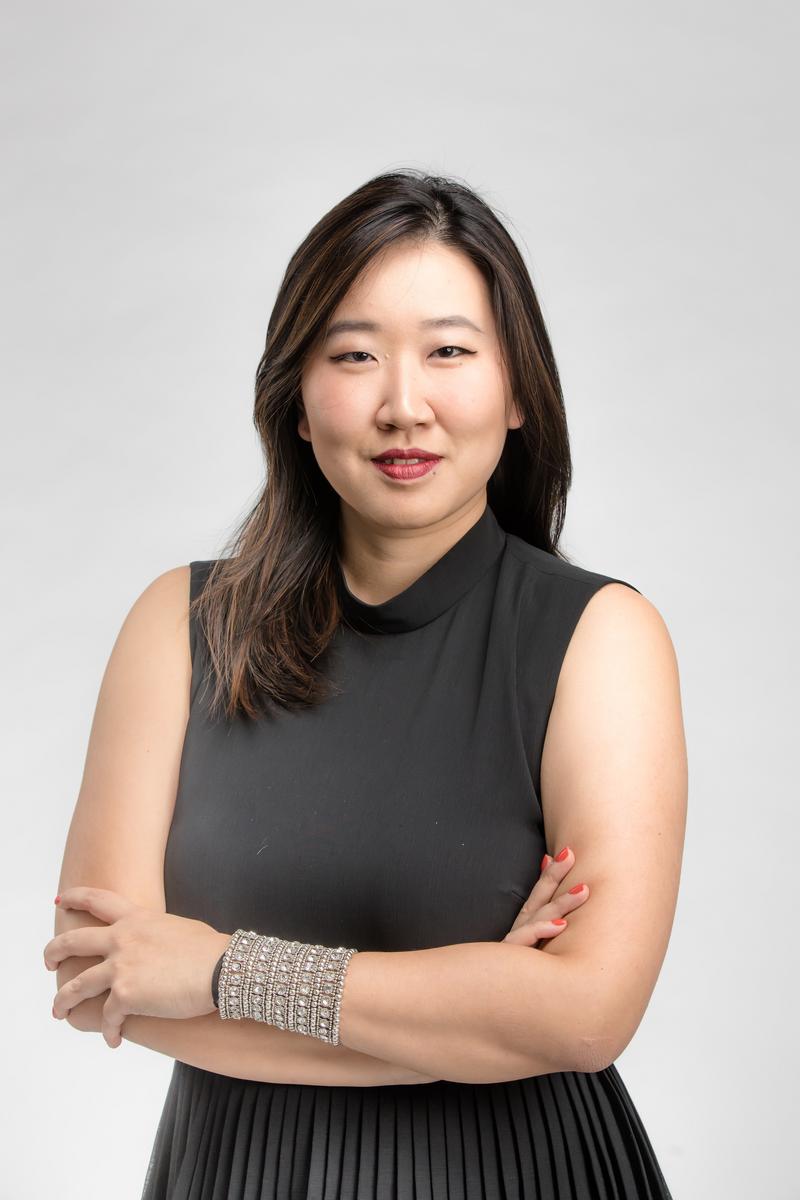 Asia Chiao of Christie’s Asia believes VR art is here to stay, although it will probably continue to cater to a niche market. (PHOTO PROVIDED TO CHINA DAILY)

Unlike pieces of traditional art that are intended as possessions that get passed on from one person to the next, VR art is distinguished by its fleeting immediacy and interactivity that the trinity of investors — collectors, galleries and museums — sometimes fear.

“There’s a difference between showing and collecting new technologies,” says Kraemer. “To show virtual art is fantastic but to collect it means you must have enough money for its preservation in the long term. A lot of VR art is a one-day fly.”

“For now, there are relatively few dedicated collectors of virtual and mixed-reality art — it is much more popular as an element of art viewing experiences, such as one might encounter when visiting a gallery or museum exhibition,” says Asia Chiao, associate specialist of the Asian 20th Century and Contemporary Art division at Christie’s Asia Pacific and a moderator at the auction house’s Art + Tech Summit in 2019. The emphasis on “experience over possession” is a key driver of this medium, she adds.

“VR/MR/AR art is something you have to consciously engage with and generally speaking not something you can place in your house. You have to take a different approach from the way you might think about collecting a regular object,” she says. Citing the difficulty in finding spare parts for television sets of Sixties vintage used in the sculptures by the South Korean-American artist Nam June Paik, Chiao says the technology used in a VR art piece is likely to become obsolete even faster.

“Collectors are aware of this, and when technology is advancing and becoming obsolete so quickly, it can be difficult reassuring them of a work’s long-term viability,” she adds. 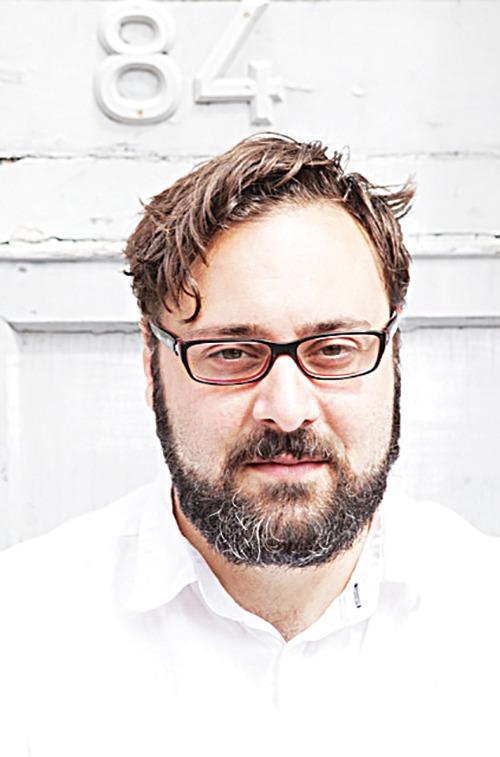 Mixed reality artist Tobias Klein says VR art will have currency as long as the hardware continues to improve and is used widely. (PHOTO PROVIDED TO CHINA DAILY)

Aside from moving in sync with evolving technology, investors are also afraid of copycats. Currently, hosting platforms and artists are talking about embedding self-destruct functions in their works to avoid reproduction. Funding platform and VR community, Kaleidoscope VR, is toying with the idea of using a part of its profits to buy earlier editions of VR art from collectors, creators and investors in order to destroy them, as a way of preserving their authenticity and value. Also under consideration is the idea of involving collectors in the creative process, besides distribution and marketing of VR art, so as to gain better control on sold art pieces .

Already blockchain technology is being used to deal with copyright issues. All information about a work of art is entered on the chain to help track down ownership. Also details of the characteristic features of a work of VR art is documented to protect it against possible modification or replication. However, all these technologies used to guard against intellectual property theft concerning VR art are still in the development stage.

Klein is skeptical about “throwing more technology to preserve technology”. Festivals and museums will help sustain VR artists for the time being, he contends. Like Kraemer, Klein too agrees that VR art will have currency as long as the hardware continues to improve and becomes more widely used.

Chiao agrees. “I think it’s going to stick around,” she says. “But it will remain a niche area within the broader art landscape in the same way that photography and video art — both relatively new mediums in the scheme of art history — are still overshadowed by painting and sculpture when it comes to the mainstream art market. But that’s just my guess.”