Malaysia's new coronavirus cases rise by most in a week 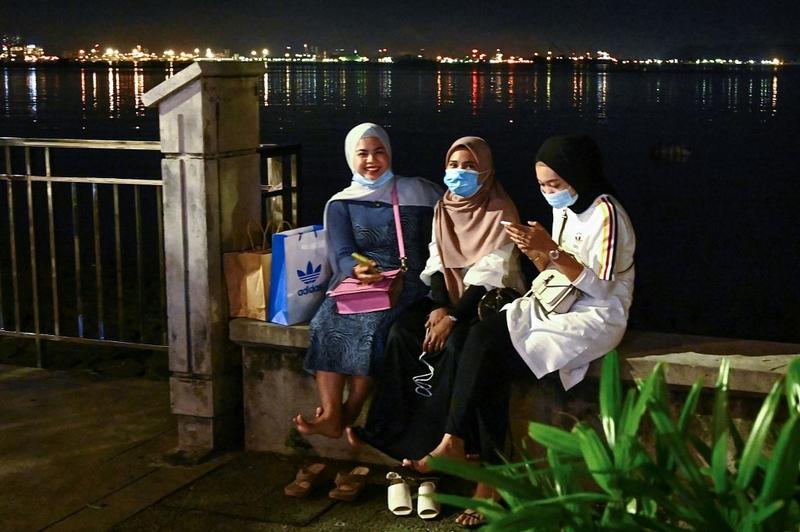 This picture taken on Aug 1, 2020 shows a women relaxing by the waterfront in Penang, as Malaysia warns of a second wave of the COVID-19 coronavirus. (GOH CHAI HIN / AFP)

WELLINGTON / DUBAI / CAIRO / MELBOURNE / MANILA / MUMBAI / KUWAIT CITY / KUALA LUMPUR / TOKYO - Malaysia added the highest number of new coronavirus cases in a week, most of which were found among international arrivals in the country.

The health ministry confirmed 21 new cases on Wednesday, of which 15 were foreigners who entered the country through the Kuala Lumpur International Airport. That’s the most since July 28. It was only on Tuesday that Malaysia reported just one new case, the least since July 1.

The government has taken steps to prevent a resurgence in infections seen elsewhere in the world. It imposed mandatory quarantine for all new arrivals at selected facilities, instead of at home, and required people to wear masks when in crowded public spaces.

Australia recorded its worst day of the pandemic as the nation's death toll climbed to 247 after Victorian authorities announced 15 deaths.

The deaths included a man in his 30s, and 10 of the 15 new deaths are linked to known outbreaks in aged care facilities.

Australia's Deputy Chief Medical Officer (CMO) Michael Kidd said in the update on Wednesday that this is the country's highest number of COVID-19 deaths in a single day.

As of Wednesday afternoon, there had been 19,444 confirmed cases of COVID-19 in Australia, and the number of new cases in the last 24 hours is 739.

Senior Health Ministry official Nasima Sultana said in a briefing on Wednesday that "the number of confirmed infections in the country totaled 246,674 while fatalities stood at 3,267."

One case was detected on a 42-year-old Kazakhstani woman, who arrived in Phnom Penh, capital of Cambodia, on Monday from Kazakhstan via a connecting flight in South Korea, according to the statement.

India reported on Wednesday 52,509 new cases over the novel coronavirus, taking its tally of infections to more than 1.91 million, nevertheless authorities eased restrictions aimed at limiting its spread, allowing gyms and yoga studios to open.

India is one of the world’s hardest-hit countries, with nearly 40,000 people dead of COVID-19, the disease caused by the coronavirus.

But the health ministry said India’s fatality rate was now 2.10 percent, the lowest since the outbreak first appeared.

The government has been struggling to stop the spread of the virus while also trying to minimise the economic damage and the hardships lockdowns inflict on the poor.

Authorities in the financial hub of Mumbai allowed shops in malls to reopen after more than four months of lockdown, as the number of cases in the city that was hard hit by the outbreak has begun to slowly decline.

Cinemas remain closed and restaurants in most parts of the country are offering only limited services.

On testing for the virus, the ministry said 15,119 tests were being conducted for every million people. 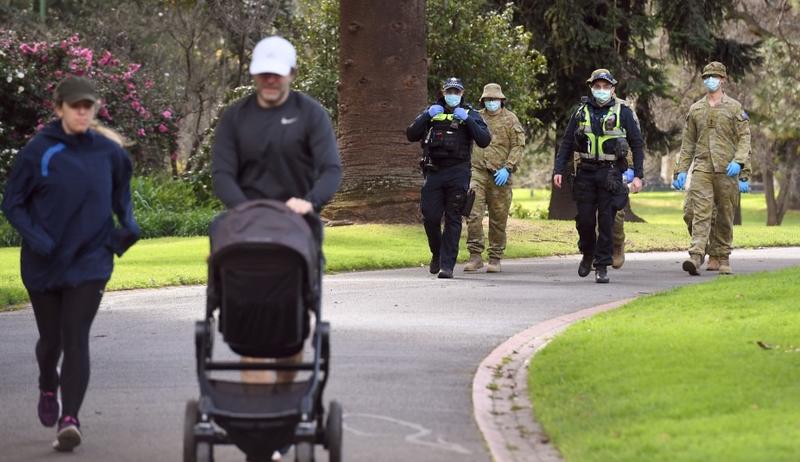 Indonesia recorded 1,815 new coronavirus infections on Wednesday, bringing the total number of cases in the Southeast Asian country to 116,871, data by the country’s health ministry showed.

There were 64 additional deaths, taking the overall number of fatalities to 5,452, the data showed.

In Iraq, the health ministry reported 2,836 new COVID-19 cases, the highest daily hike in the region on the day, raising the total number of cases to 134,722.

Iraqi Health Minister Hassan al-Tamimi said that hospitals in Baghdad that had been required to receive coronavirus patients will not assume the duty anymore.

The health ministry has assigned two hospitals in Karkh area on the western bank of Tigris River and two others in Risafa area on the eastern bank of the river for COVID-19 patients, al-Tamimi explained.

In Israel, the total number of COVID-19 cases climbed to 76,198 after 1,768 new infections were reported, while the death toll rose by 15 to 561. This is the highest daily increase of deaths in Israel since the pandemic outbreak in late February.

Japanese holidaymakers should refrain from domestic travel and regional governments should act independently to contain a resurgence of coronavirus infections, the country’s top doctors’ association said on Wednesday.

Japan Medical Association president Toshio Nakagawa cautioned against travelling around the country as the Obon holiday season begins and said regional governments should decide for themselves whether to issue mandatory restrictions on business or travel.

The Tokyo metropolitan government confirmed 263 new COVID-19 cases on Wednesday, while a resurgence of cases in Aichi Prefecture has seen a state of emergency to be declared in the central Japanese region.

Tokyo's latest figure marks the ninth consecutive day that new daily cases have topped 200, but the number of infections has dropped from the previous day's tally of 309 and retreated from its record 472 cases reported Saturday.

Jordan on Tuesday reported six new COVID-19 cases, all passengers coming from abroad, raising the total number of confirmed cases in the country to 1,224.

Jordanian Minister of State for Media Affairs Amjad Adaileh said that the previous decision to reopen the airports for international flights on Aug. 5 has been postponed based on recommendations from the anti-pandemic committee. 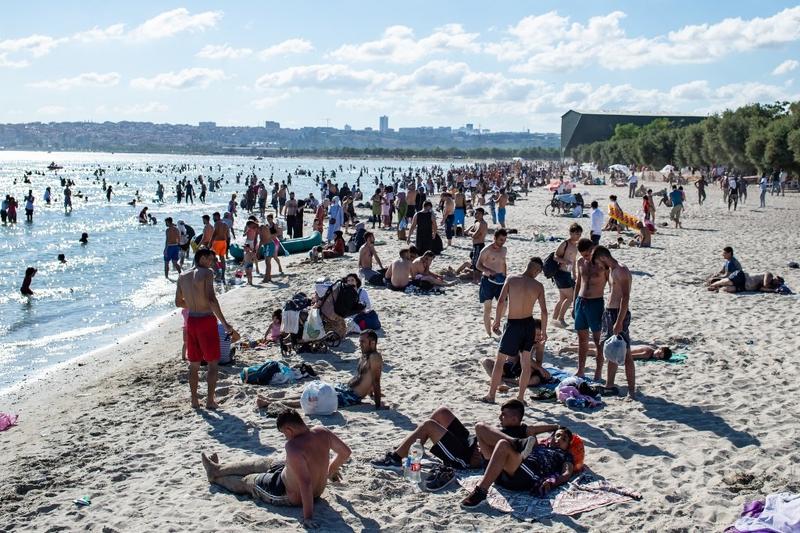 People cool off at the Menekse beach during the last day of the celebrations of the Eid-al-Adha holiday amid the ongoing pandemic of coronavirus in Istanbul, Turkey, on August 3, 2020. (YASIN AKGUL / AFP)

Ainura Akmatova, head of the public health care department of the country's health ministry, told a daily news briefing that 20 of the new cases are medical workers, bringing the total number of contracted medical workers to 2,874, including 1,934 recoveries.

The virus-related death tally climbed to 1,438, with 11 more recorded in the previous 24 hours.

Kuwait on Wednesday reported 651 new COVID-19 cases and three more deaths, raising the tally of infections to 69,425 and the death toll to 468, the Health Ministry said in a statement.

Currently, 8,051 patients are receiving treatment, including 128 in ICU, the statement added.

The ministry also announced the recovery of 580 more patients, raising the total recoveries in the country to 60,906.

The last COVID-19 patient in Laos was tested negative for the virus in the first round testing, according to health official.

Deputy Director General of the Department of Communicable Diseases Control under Lao Ministry of Health, Sisavath Soutthaniraxay, told a press conference in Lao capital Vientiane on Wednesday that the patient's health improved significantly and had tested negative for the virus in the first round testing.

The recovered people are servicemen of the Mongolian Armed Forces who returned home from Afghanistan on a chartered flight in mid-July, Amarjargal Ambaselmaa, head of the surveillance department of the NCCD, said at a daily press conference.

COVID-19 cases in Nepal crossed 21,000 mark with addition of new 259 cases on Tuesday as the Himalayan country sees resurge in new cases, Nepal's Ministry of Health and Population said.

New Zealand must prepare for another local outbreak of the coronavirus, the Director-General of Health warnd.

It’s inevitable that there will be a case of community transmission of COVID-19, Ashley Bloomfield told Radio New Zealand on Wednesday.

"It’s a matter of when, not if," he said. "We are working on the basis it could be any time, of course coupled with doing everything we can to intercept the virus at the border."

New Zealand reported two new cases of COVID-19 on Wednesday, with the number of active cases in the country being 24, all in managed isolation and quarantine facilities, according to the Ministry of Health.

Palestine on Tuesday declared the end of lockdown on the West Bank, while extending the state of emergency for another 30 days.

Palestinian President Mahmoud Abbas issued a presidential decree extending the state of emergency for a month as of Tuesday night to counteract the COVID-19 pandemic, according to the official Palestinian news agency (WAFA).

Qatar's Health Ministry on Tuesday announced 216 new COVID-19 infections, raising the total confirmed cases in the Gulf state to 111,538, including 108,254 recoveries and 177 deaths. 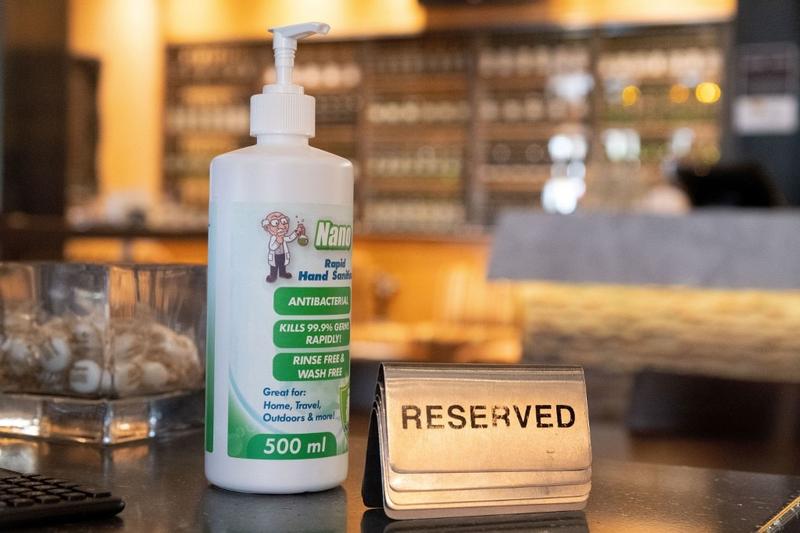 South Korea reported 33 more cases of COVID-19 as of 0:00 am Wednesday local time compared to 24 hours ago, raising the total number of infections to 14,456.

The daily caseload stayed above 30 for two straight days due to small cluster infections and imported cases.

In Syria, the Health Ministry announced 45 new COVID-19 cases on Tuesday, bringing to 892 the total number of confirmed coronavirus cases, including 46 deaths and 283 recoveries.

Four players of the Syrian national football team have been tested positive for COVID-19, the team said in a statement on Tuesday. 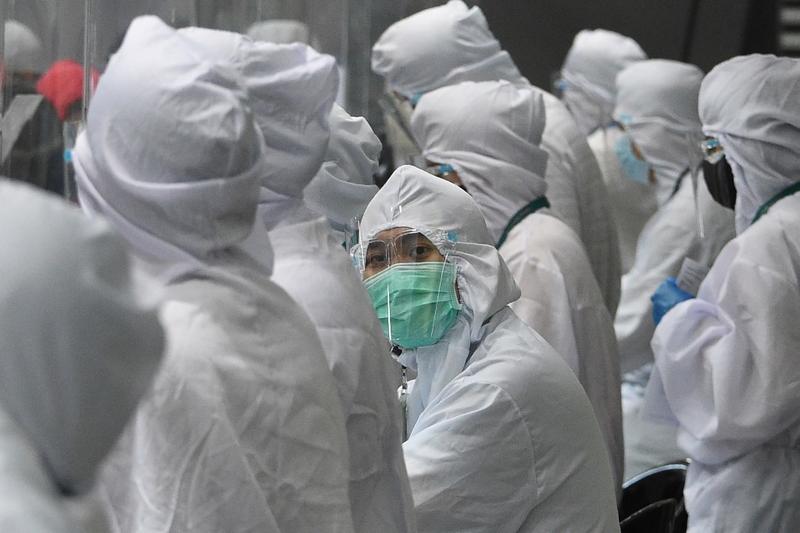 Airline ground staff wearing protective gear work at the counter at the airport in Manila on August 4, 2020. (PHOTO / AFP)

In a bulletin, the ministry said total infections had risen to 115,980, putting the tally just behind Indonesia’s 116,871 cases, which is the highest in East Asia.

Coronavirus deaths in the Philippines have reached 2,123.

The minister warned of resurgence as the daily new COVID-19 cases exceeded 1,000 for the first time in weeks. He also expressed concerns about the consequences of the social contacts in the summer holiday and the recent Muslim holiday of Eid al-Adha.

Turkey has tightened measures against the COVID-19 pandemic across the country as of Wednesday after daily new cases surpassed the threshold of 1,000 for the first time in weeks.

The Interior Ministry pointed out at a notice sent to all the governor's offices in 81 provinces across the country that inspections would mostly focus on quarantine conditions, social distancing, wearing masks, and hygiene.

It said local authorities would strictly follow those under quarantine at home to see whether the isolation conditions are met.

Measures in celebrations such as weddings and engagement parties have also been tightened to curb the fast spreading of the pandemic, the notice said, adding that funerals and other large gatherings would also be rigidly controlled.

The United Arab Emirates (UAE) announced 189 new COVID-19 cases and 227 new recoveries, bringing the total confirmed cases in the country to 61,352 and the tally of recoveries to 55,090.

The country has reported no deaths from COVID-19 for a fourth consecutive day, as the nationwide death toll stood at 351.

In Yemen, the total number of COVID-19 cases in Yemen's government-controlled provinces increased to 1,760 on Tuesday, as 26 new cases were confirmed. The total recoveries in the areas increased to 863 while the death toll climbed to 506.