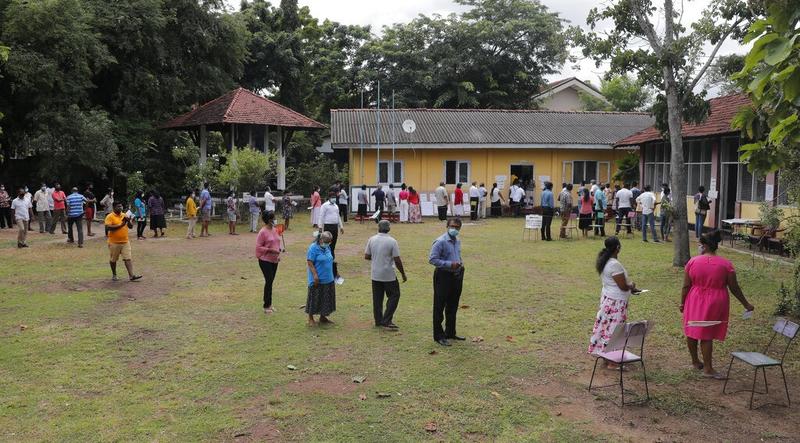 Sri Lankans stand in a queue to cast their votes, outside a polling station in Colombo, Sri Lanka, Aug 5, 2020. (ERANGA JAYAWARDENA / AP)

COLOMBO - Sri Lankans shrugged off fears of the novel coronavirus and streamed into polling centers on Wednesday to elect a new parliament that President Gotabaya Rajapaksa hopes will clear the way for him to boost his powers.

The tourism-dependent island nation of 21 million people has been struggling since deadly Islamist militant attacks on hotels and churches last year followed by lockdowns to slow the spread of the coronavirus.

Rajapaksa is seeking a two-thirds majority for his party in the 225-seat parliament to enable it to pass constitutional reforms to make the presidency more powerful so he can implement his economic and national security agenda.

Sri Lanka had reported 2,838 cases of the coronavirus and 11 deaths as of Wednesday - small numbers compared with other South Asian countries

Close to 70 percent of the electorate had voted, Mahinda Deshapriya, the chairman of the election commission, told reporters. Voters wore masks and kept one metre apart to reduce the chance of contracting the virus.

Sri Lanka had reported 2,838 cases of the coronavirus and 11 deaths as of Wednesday - small numbers compared with other South Asian countries.

“The polling station is safer than the beach, the restaurant and the marketplace,” Deshapriya said earlier.

Rajapaksa won the presidency last November vowing to restore relations with China, which had been strained by disputes over some Chinese investments. 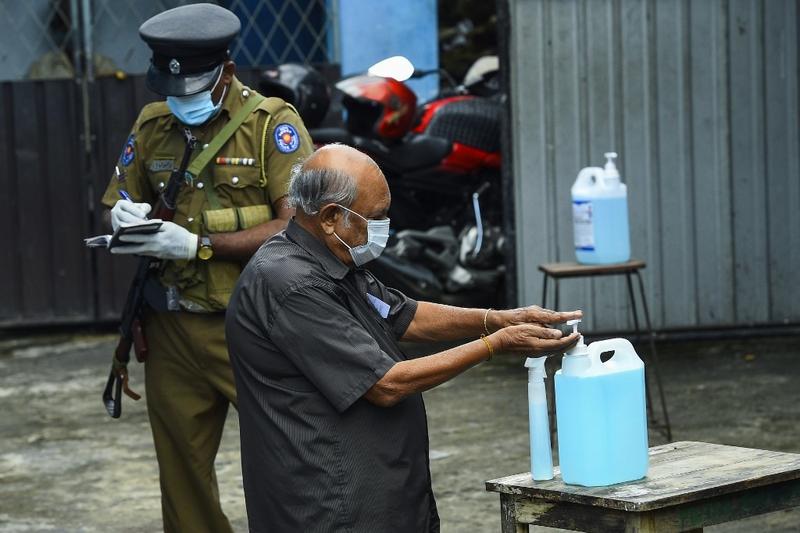 A voter uses hand sanitizer before entering a polling booth to cast his ballot in the parliamentary election in Colombo, Sri Lanka, on Aug 5, 2020. (ISHARA S. KODIKARA / AFP)

He is hoping to install his older brother who is also a former president, Mahinda Rajapaksa, as prime minister.

Votes are to be counted on Thursday and the results should be known that day.

The Rajapaksa brothers built their political careers as nationalist champions of the majority Sinhalese, Buddhist community.

They are best known for crushing ethnic minority Tamil separatist insurgents who battled for decades for a homeland in the island’s north and east.

The 26-year civil war ended in 2009 when the elder Rajapaksa was president amid allegations of torture and killings of civilians in the final stages of the conflict.

Since then, governments led by the brothers’ opponents have sought to reduce the power of the president to prevent abuses and instead strengthen independent commissions appointed by parliament. 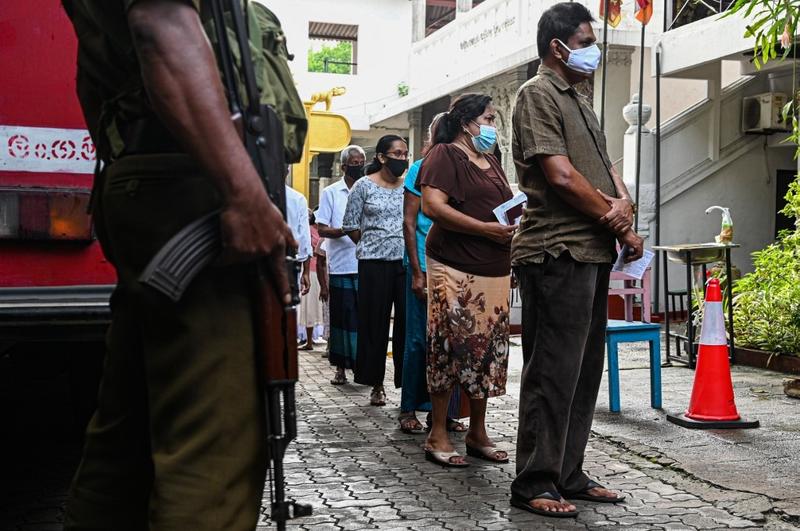 But Rajapaksa said he has felt hobbled since he took over as president.

“I need power to implement my economic programme which you voted for,” he told supporters last week.

The opposition led by Sajith Premadasa, son of assassinated president Ranasinghe Premadasa, has warned of the risk of autocracy if the presidency is invested with more powers.