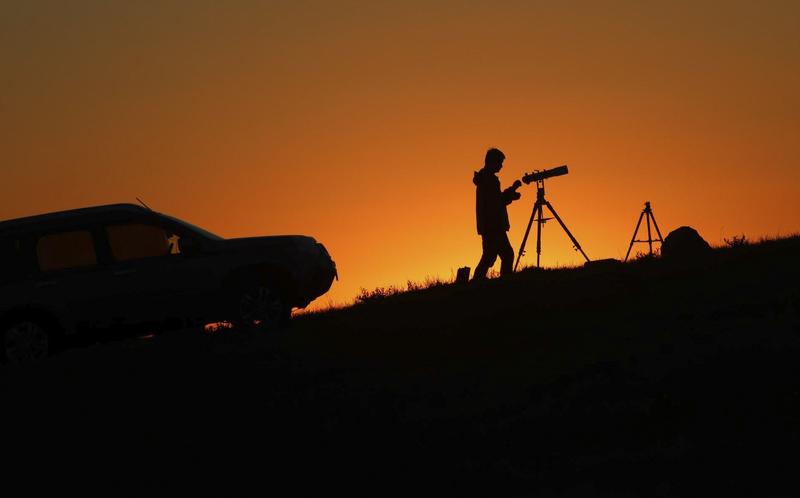 A star chaser sets up a telescope waiting for comet Neowise to appear by nightfall. (BAI JIKAI / FOR CHINA DAILY)

"The last time a comet visible to the naked eye appeared in the northern hemisphere was the Hale-Bopp comet 23 years ago. I was preparing for the college entrance examination, and I didn't have the chance to see it in person. This time, the comet Neowise, number C/2020 F3, is very unexpected. No one thought that it could increase to the brightness of a magnitude 1 star. Now it is the new favorite of our star chasers," says astronomy enthusiast Li Peng.

In order to avoid the interference of city lights and better observe the comet Neowise, Li and his friends drove 500 kilometers from Beijing to the Ulan Butong grassland of Inner Mongolia to take pictures. A celebrity in Beijing's astronomical circle, Li has devoted himself to Photos from Japanese space rovers show asteroid is ... rocky for a long time and always pays attention to important astronomical phenomena. 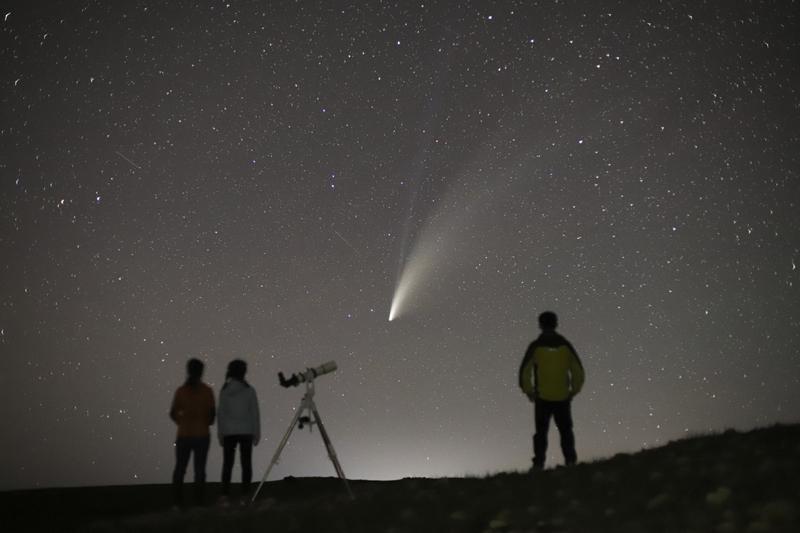 Star chasers hold their breath when Neowise appears in the northwestern sky after nightfall. (BAI JIKAI / FOR CHINA DAILY)

On March 27, comet Neowise was discovered by NASA's wide-area infrared survey satellite, and was named after its exploration mission "Neowise". 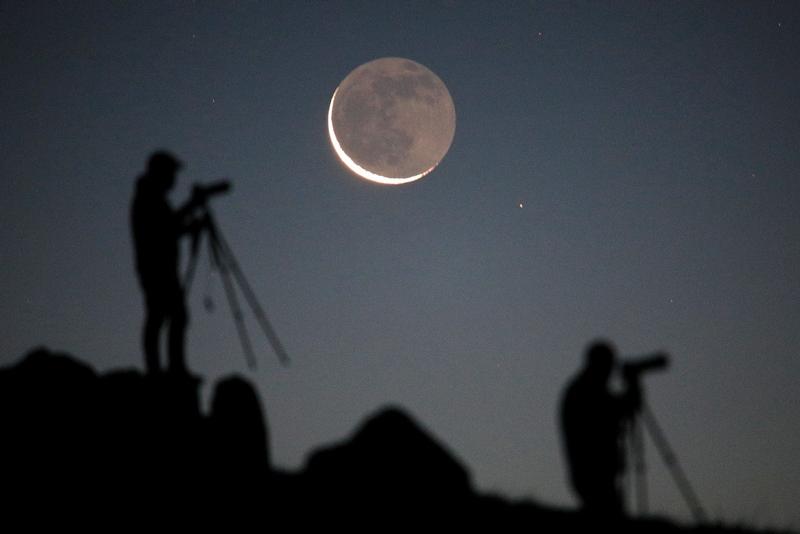 The comet gradually disappears into the morning light before dawn, and the curved waning moon becomes another target for the star chasers. (BAI JIKAI / FOR CHINA DAILY)

This comet is visible to the naked eye throughout July and will quickly disappear, grabbing the world's attention, especially that of astronomers and star chasers around the world. In Li's view, although comet Neowise could not be as brilliant and eye-catching as comet Hale-Bopp back then, it is extremely rare to be visible.

The now-famous comet Neowise was actually a little "transparent" when it was first discovered. As it gets closer and closer to the sun, it gets brighter, and it is close to magnitude 6 in brightness in early June. But when it traveled to the back of the sun, the comet disappeared from people's vision. It wasn't until half a month later that it once again appeared, at which time its brightness had reached magnitude 2.5. 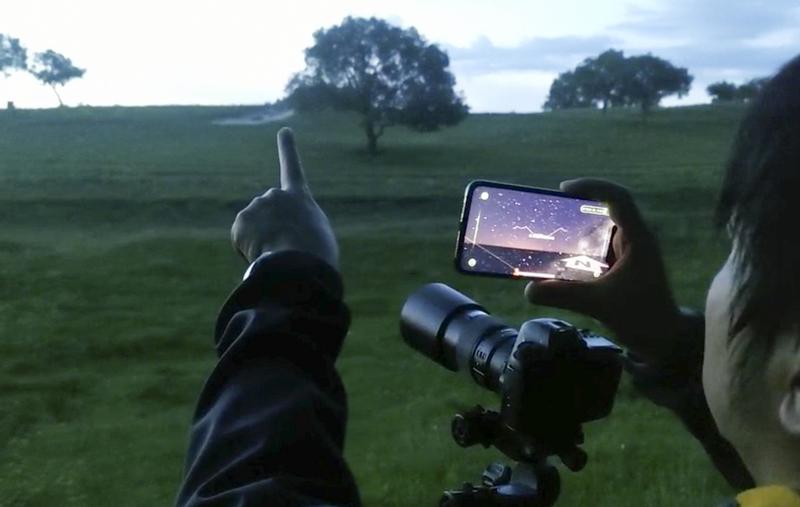 In just over half a month, its brightness increased about 100 times. Why does the brightness change drastically? In fact, the main reason is the distance between the comet and the sun.

The comet can be seen by us because it reflects the sunlight. On the one hand, as the comet approaches the sun, the intensity of the sun's light continues to increase, so it looks brighter and brighter. On July 3, Neowise reached perihelion, only about 43 million kilometers away from the sun, so it would shine. 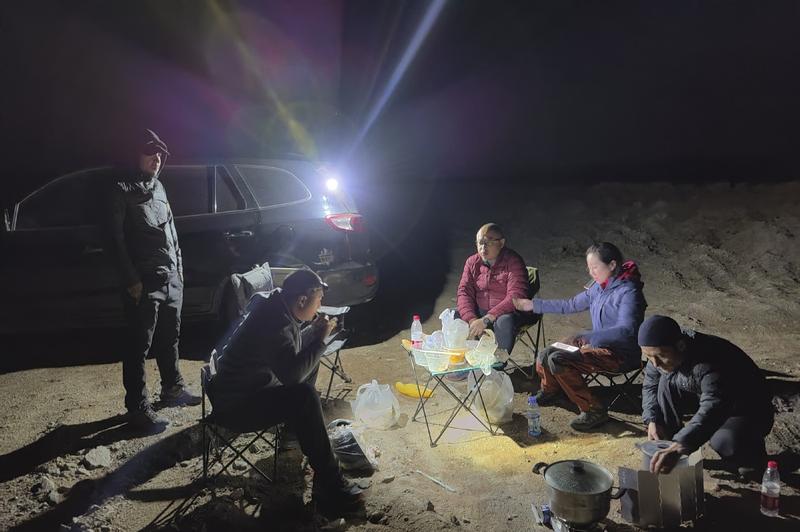 Star chasers take a rest at midnight in order to continue observing before dawn. (BAI JIKAI / FOR CHINA DAILY)

On the other hand, the comet continues to accelerate, causing dust tails to stretch longer. Therefore, when the comet gets closer to the sun, it looks brighter. The energy of the sun heats the comet, and gas and dust erupt from the surface of the comet, forming a huge dust tail, usually in yellow. At the same time, the comet produces a stream of charged particles under the action of the solar wind, forming an ion tail, which is generally blue. 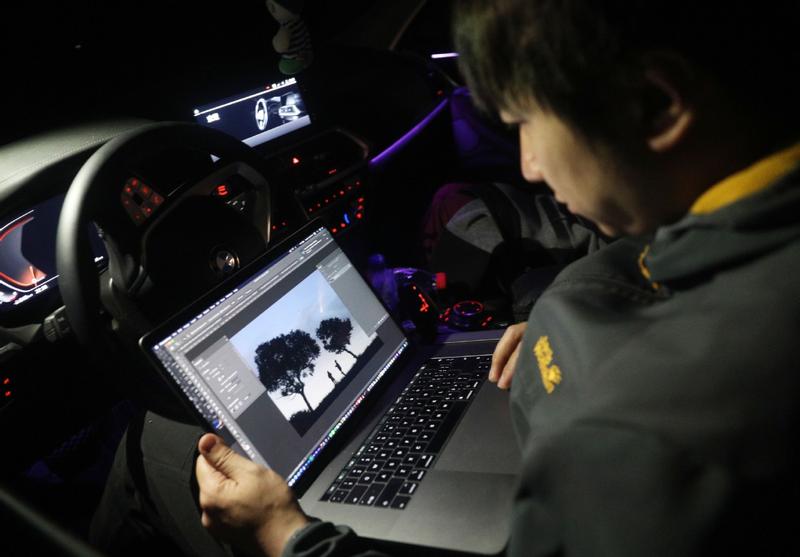 Li edits the comet photos he has just taken in the car.(BAI JIKAI / FOR CHINA DAILY)

In mid-to-late July, due to the orbital movement, the majority of star chasers have a higher probability of seeing this comet in the evening and dawn. In order to observe it more before it gradually moves away, Li drove to Inner Mongolia three times in a week, persistently recording its dreamlike light with a camera. According to the calculations of some star chasers, the next time we see this comet from Earth will be in 6,800 years.