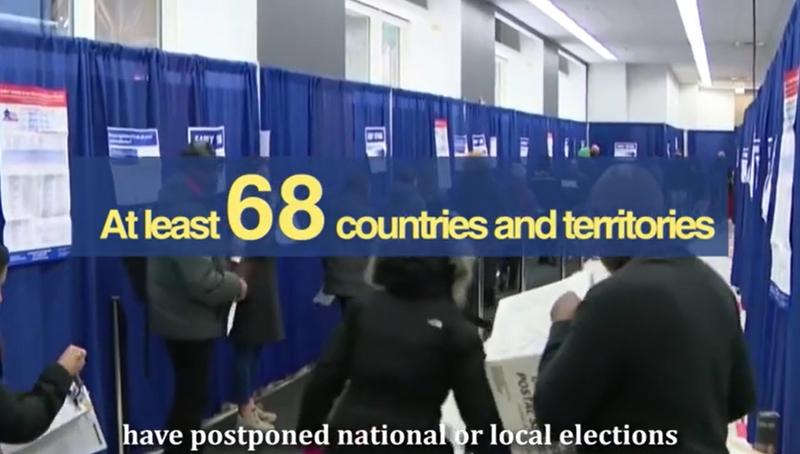 To the relief of most Hong Kong people, the special administrative region government announced on Friday the postponement of the local legislative election for one year amid a raging flare-up of the COVID-19 pandemic.

With the latest onslaught of the novel coronavirus, commonly known as the third wave of the outbreak, showing no signs of abating, calls from the public to delay the Legislative Council election originally slated for Sept 6 have been rising over the past two weeks. People are worried that the gathering of people in campaign activities and poll stations would in all likelihood cause a more serious community outbreak, which would be disastrous as the city’s anti-epidemic capacity has been overstretched and the public healthcare system on the verge of collapse.

Blinded by their lust for power, those political fanatics no longer see the need to hide their preference for partisan interests over the common good, specifically the protection of Hong Kong people’s health and lives

It would be irresponsible for any government to be oblivious to such a looming public-health crisis and risk triggering a disaster by proceeding with an event that may well involve the participation of more than 4 million people. After all, lives matter much more than anything else.

That is why around 70 countries and regions around the world, including Australia, Austria, Canada, Italy, Poland, Switzerland and the United Kingdom, have delayed their respective national or regional elections over the past several months due to the COVID-19 pandemic. Hong Kong’s decision to delay the LegCo election is as logical and natural as those made by those pandemic-hit places.

Chief Executive Carrie Lam Cheng Yuet-ngor’s decision to push the LegCo election back from Sept 6 to Sept 5 next year also stands on firm legal ground underpinned by the Emergency Regulations Ordinance. The Court of Appeal reaffirmed the constitutionality of the chief executive’s power to invoke the emergency laws in a ruling handed down in April when it overturned a lower court decision.

Unfortunately, the political zealots wasted no time to attack what is simply a logical and legitimate move, one that merely aims at protecting the health and lives of residents. They cannot wait to implement their “burn together” strategy by scheming to grab a legislature majority with their much-touted “35-plus” plan, with the ultimate objective of holding the legislature hostage for political ransom.

Blinded by their lust for power, those political fanatics no longer see the need to hide their preference for partisan interests over the common good, specifically the protection of Hong Kong people’s health and lives. This preference was already conspicuous when they proceeded with their illegal “primary election” on July 11 and 12 at the cost of facilitating the spread of the coronavirus by assembling thousands of supporters in their “polling stations” in violation of social-distancing rules. But they are to be reminded: This preference is not without consequences.